So April's challenge this month on azazelx was two fold, firstly was to finish a squad of armoured troops. I actually managed two units, which I was very surprised about, firstly was my riot stormtroopers 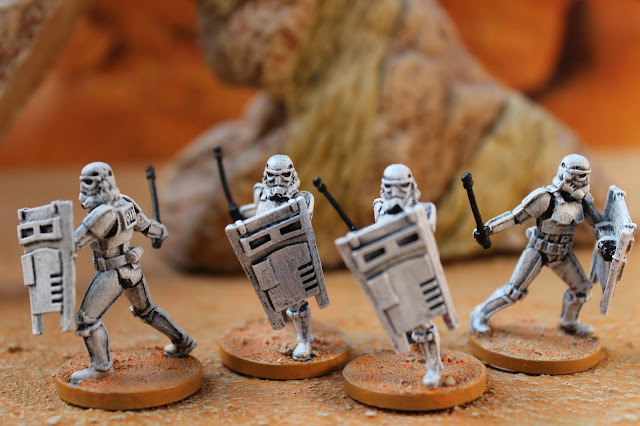 and secondly I managed to finish the last three stormtroopers I needed to paint. Is this the last ? Probably not as I think I need a lot more, but I want to get some variation so may need to do some conversions on any more I buy. What would be great is several different leg options and multiple torso variations so I can have a multitude of options. 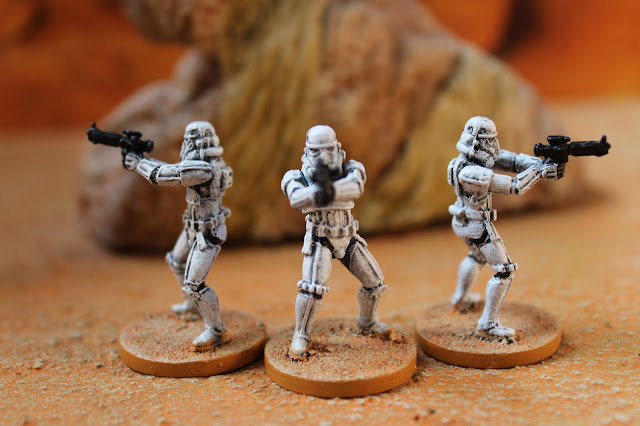 The Second part of Azazel's challenge was to do a army shot, so here is all my Imperial force that is finished 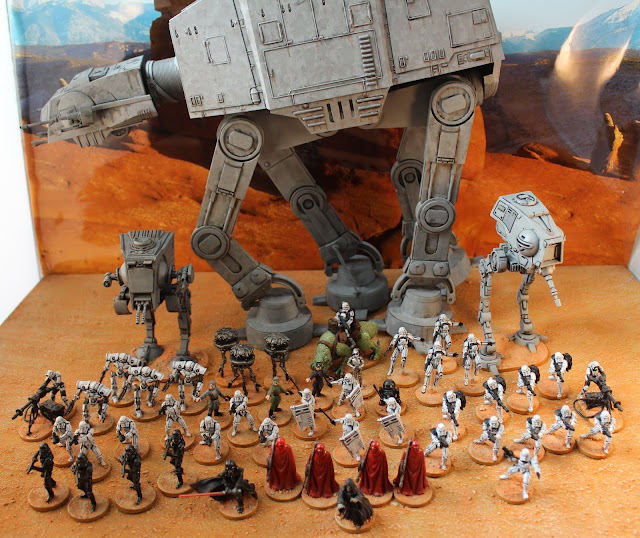 As a reward to myself for a) finishing all my stormtroopers and b) all the hard work I put in on the run up to Salute, I got a few new additions for Star Wars, I've finished the 3 FFG models I bought. Firstly is Green Greedo 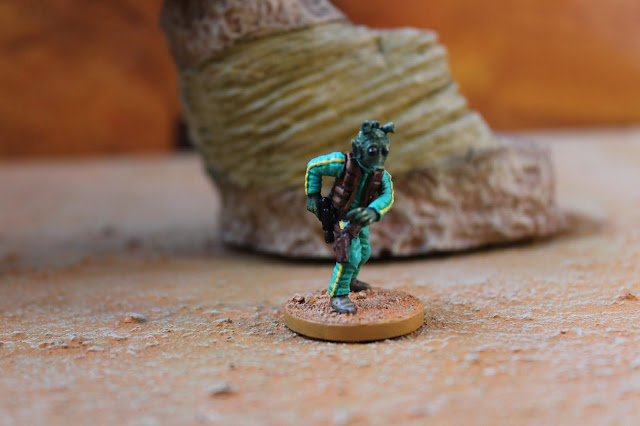 Secondly I got the Wookie Warriors pack, I converted one so they didn't look exactly the same and did two different colour schemes based on the picture below. 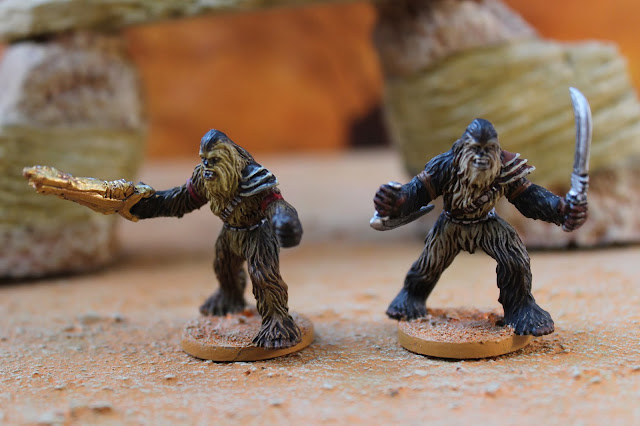 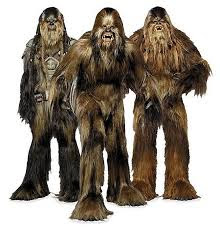 I also got some more models from Tritex Games but I will be showing them at a later date, once I've finished the conversions.
That's all for this post so until next time have fun !
Cheers Dave
Posted by Dave Stone at 08:04