IN MY ROOM NO ONE CAN HEAR ME SCREAM !

Sorting through my stuff has revealed not only do I have a lot of gaming models that need finishing but a lot of display models need a splash of paint too !
First to get a lick of paint is the dog alien from Alien 3, when I first saw the film, I thought what an unusual colour, until I realised it was a reflection of the lighting, having done a bit more research I found it was supposed to be the normal dark blue same as the other aliens that had been seen in the previous movies.
I decided I wanted a nod to both, and went for a single point OSL ( objective source light ). 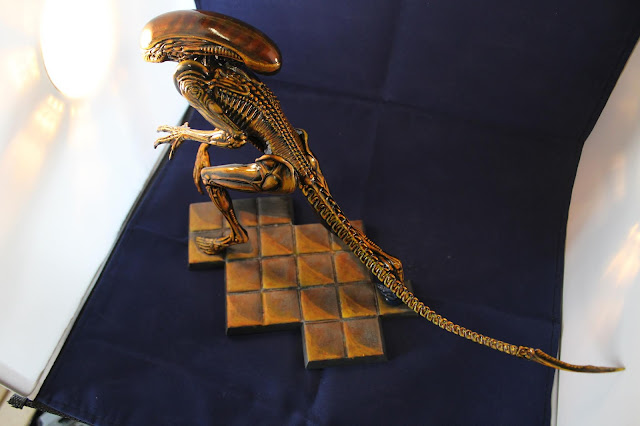 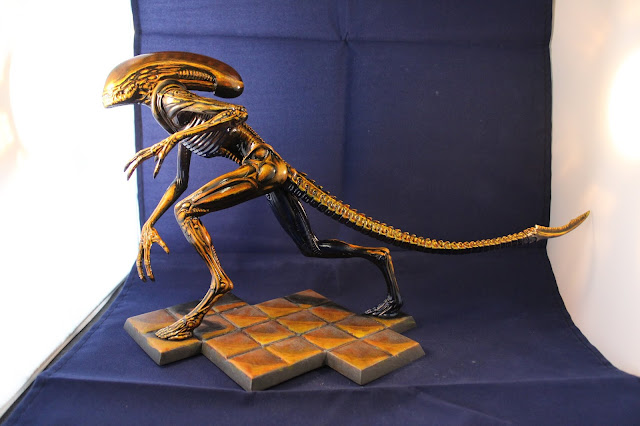 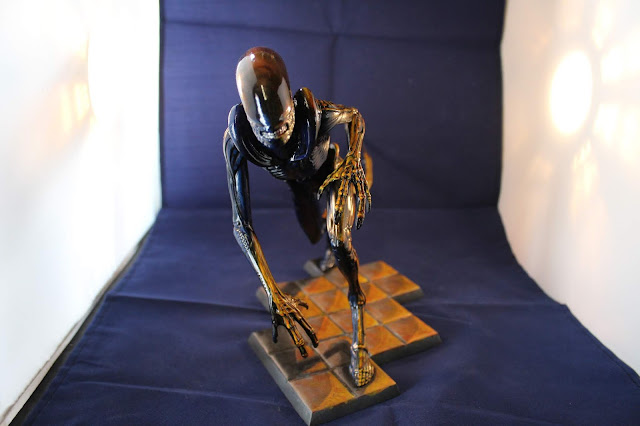 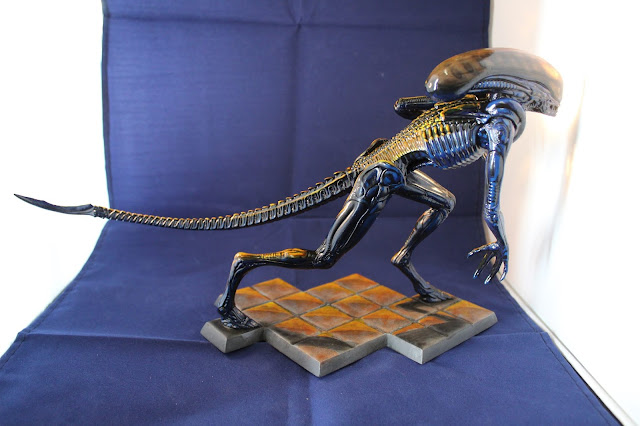 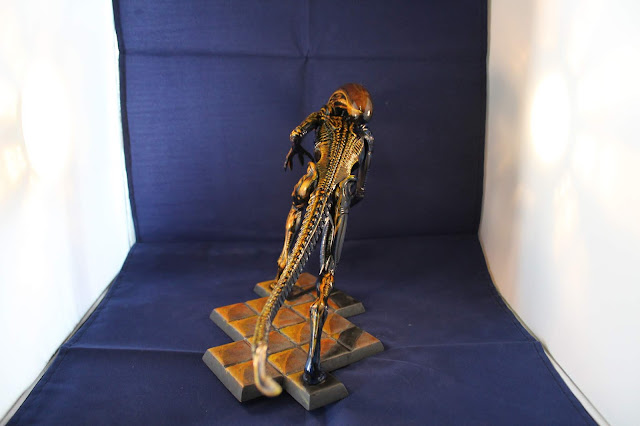 Hope you enjoyed this large scale model as they're will be a few more coming up, that's all for this post, so until next time have fun !
Cheers Dave
Posted by Dave Stone at 04:47 23 comments:

Having a break from all the pink and black of my Emperors Children Army, I decided to return to my first army, my Night Hawk chapter of Space Marines, I've had this army for many years, but keep updating ideas and how to paint them, so have never really finished them, especially as I had this crazy idea of building the entire chapter ! It's okay I have a psych evaluation coming up soon ! LOL
One of the company's will be entirely mounted on Land Speeders, so far I have the start of 8 squadrons and command group in the works, some of these parts came from my friends, who cleared out their bits boxes when I first had mt accident, to give me something to do ! What legends !
First today is a standard scout speeder, which I bought and never really found the time to paint, this is a standard model, but will have a modified sensor array and aerial as they broke off and were lost in the move. 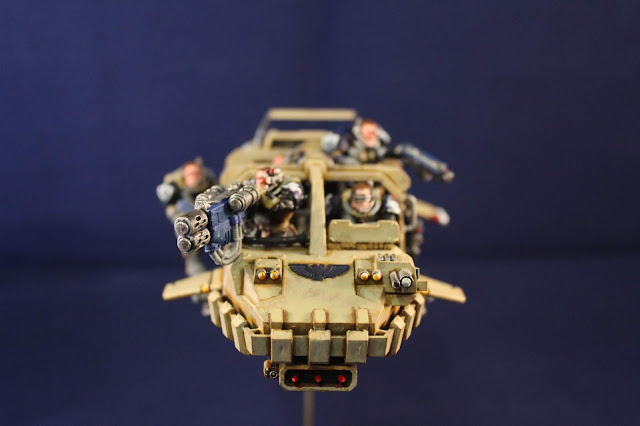 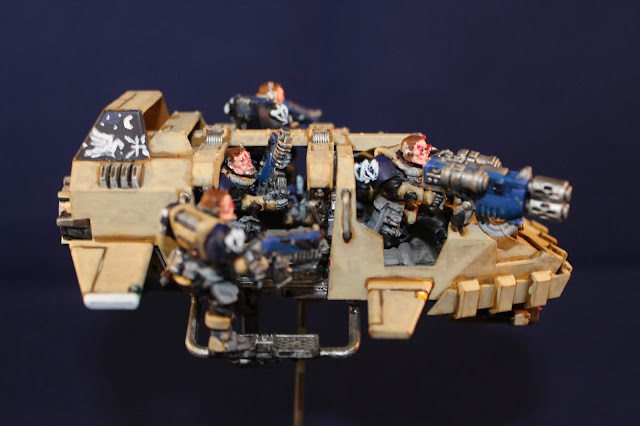 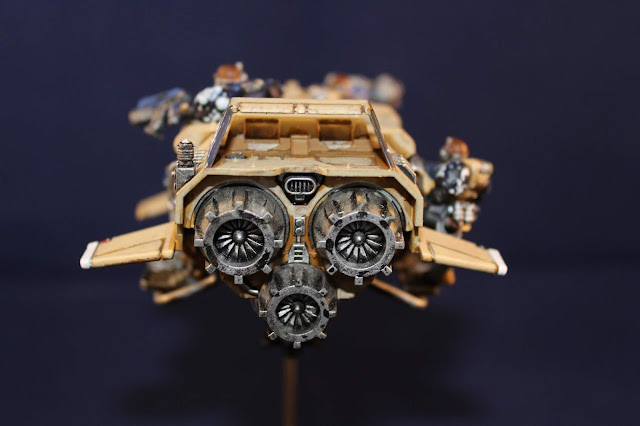 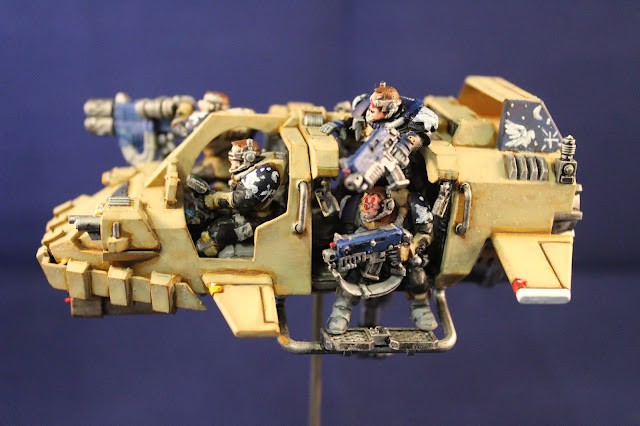 Next is one of my modified speeders, I like the basic model, but always felt it looked a bit like a dodgem car, and fancied a sleeker version as well as some of the standard ones. 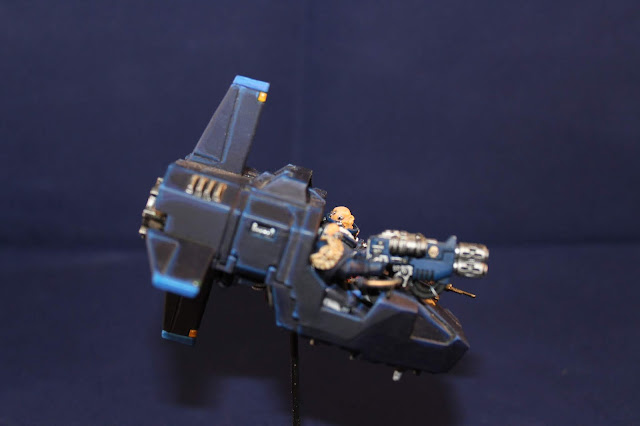 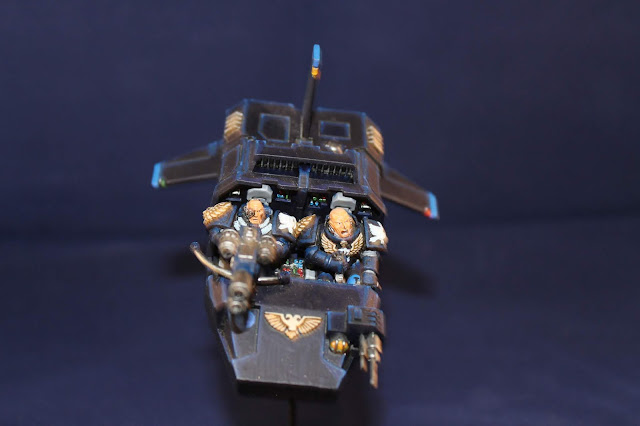 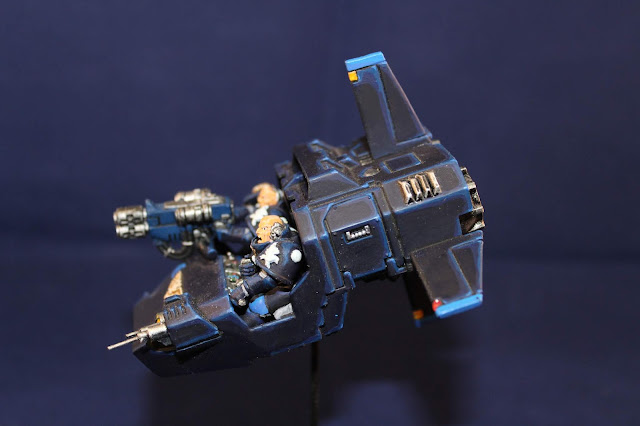 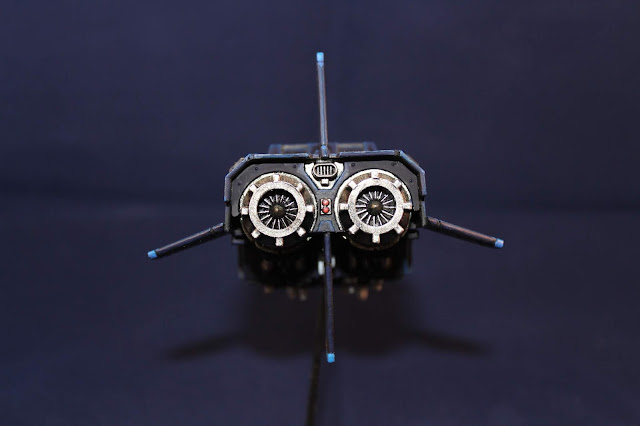 That's it for this post, so until next time have fun !
Cheers Dave
Posted by Dave Stone at 06:05 21 comments:

As I continue clearing my shelves of grey, this week I focused on my noise marine bikers. This army was originally started for going to a tournament, while building it the army list changed and you could no longer have noise marine bikers, which was around the time I lost interest in continuing on with the army. Now I longer am physically able to go to tournaments, and going to use my own rules for playing, don't have to worry about what you can or can't have according to the rules.
All the models were converted, some more than others. First we have the one that is closest to the standard Bike model, the only conversion was the weapon a sonic blaster. 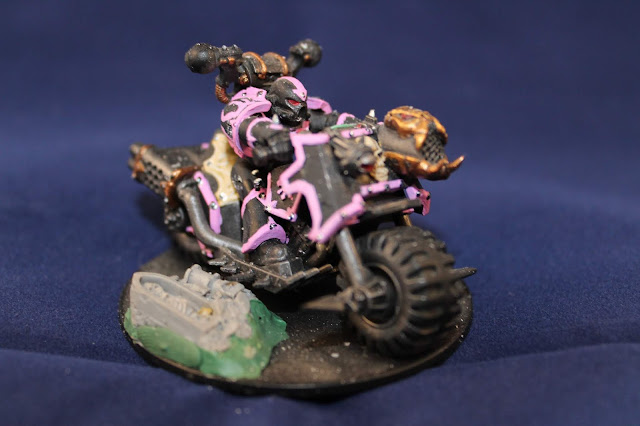 Next another biker with a sonic blaster, which also has a converted head and tentacle arm 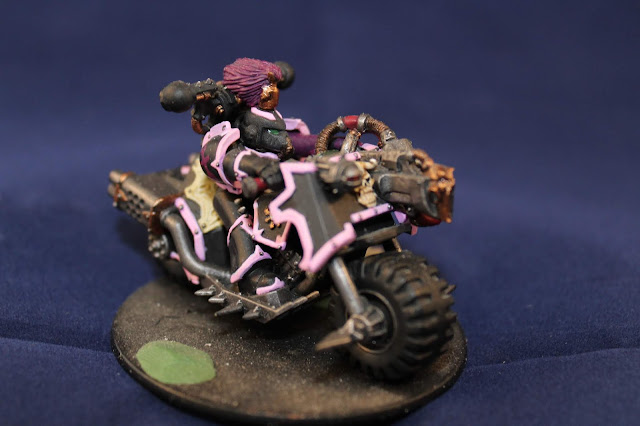 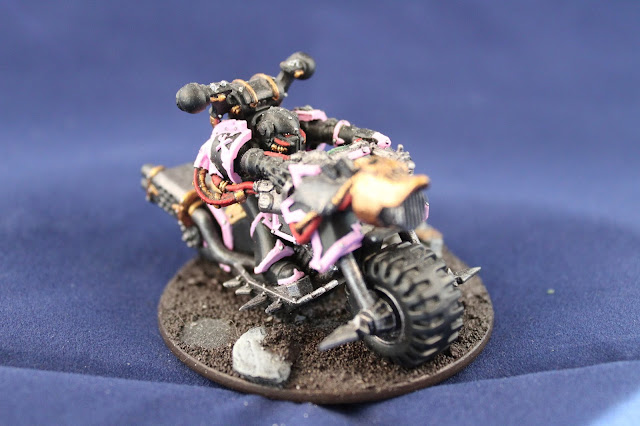 Next one was originally the Doomrider model, with new right arm different head and a sonic blaster fitted 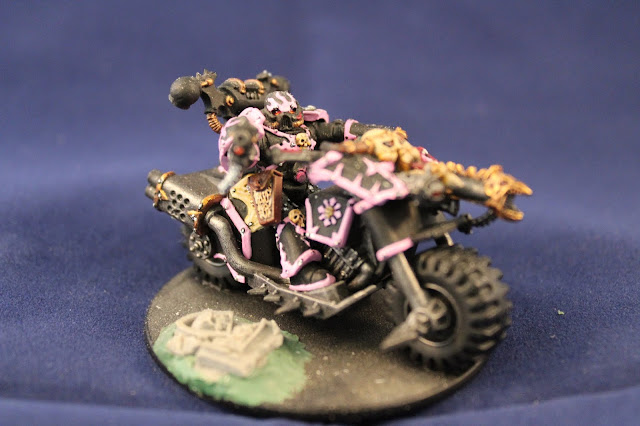 This one is armed with a doom siren, made from a backpack, the head was scratch built, and the arm came from a champion model 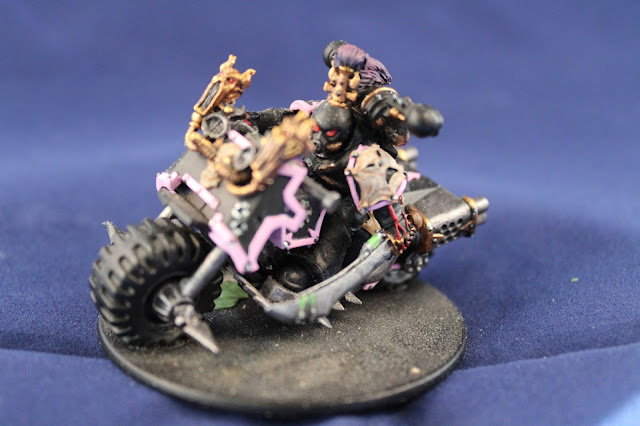 And the last one is the champion, all the parts used on the rider, were standard parts from a champion model, he is also armed with a doom siren which was scratch built 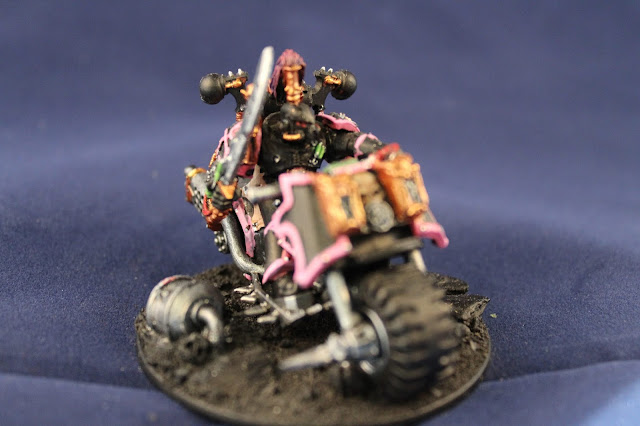 There is 6 models in the squad as this was the Slaanesh number, which used to give you bonuses in the rules, but that has since been lost. Next time will probably be something else, so I don't get fed up of painting pink and black ! LOL
So until next time have fun !
Cheers Dave
Posted by Dave Stone at 04:00 20 comments:

Upon the release by GW of their Helldrake model, it soon picked up the nickname of the flying turkey because of it's ungainly look, not long after the release I received one as a gift from my inlaws, I think it was for my Birthday, knowing that I liked flyers and had a Chaos army. A very thoughtful gift even if I wasn't in awe of the model itself.
Having looked at the kit I decided I wanted to make it look more like the Hellblade be Forgeworld as if it had originally been a fighter that had suffered demonic possession, so here is my rendition 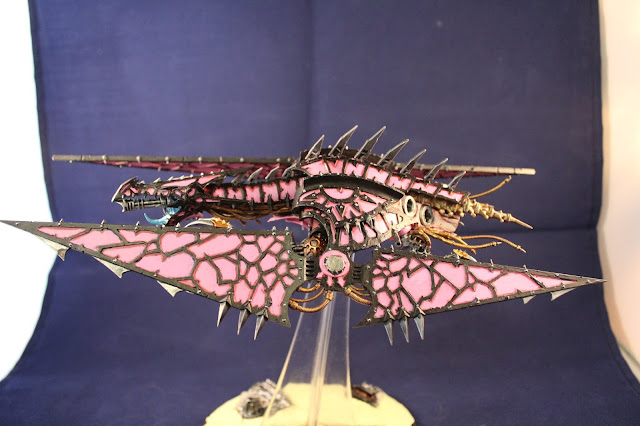 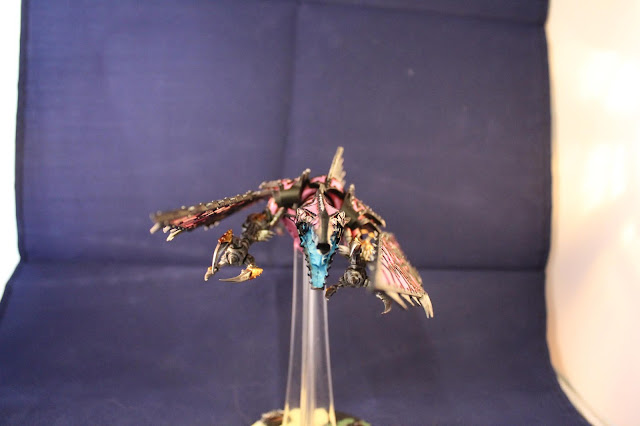 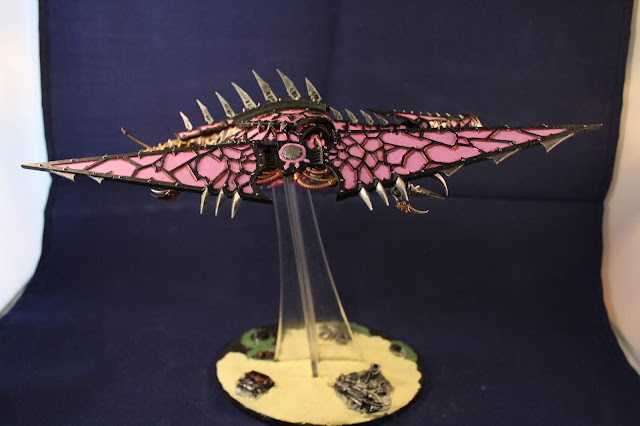 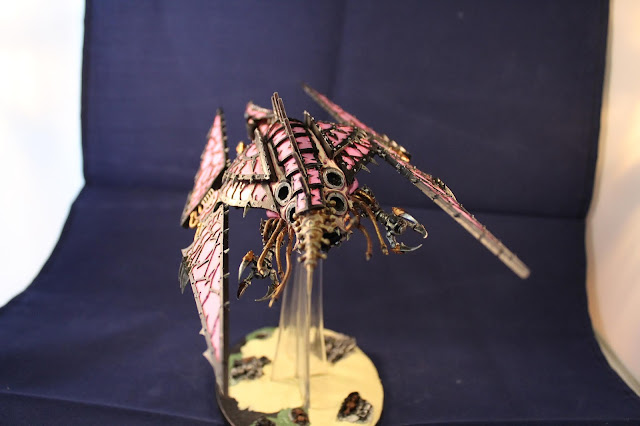 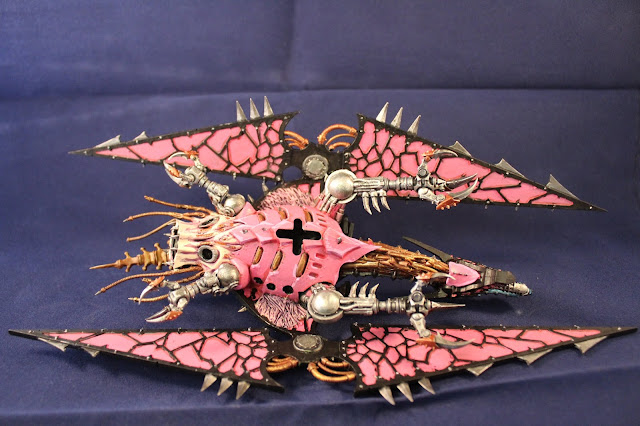 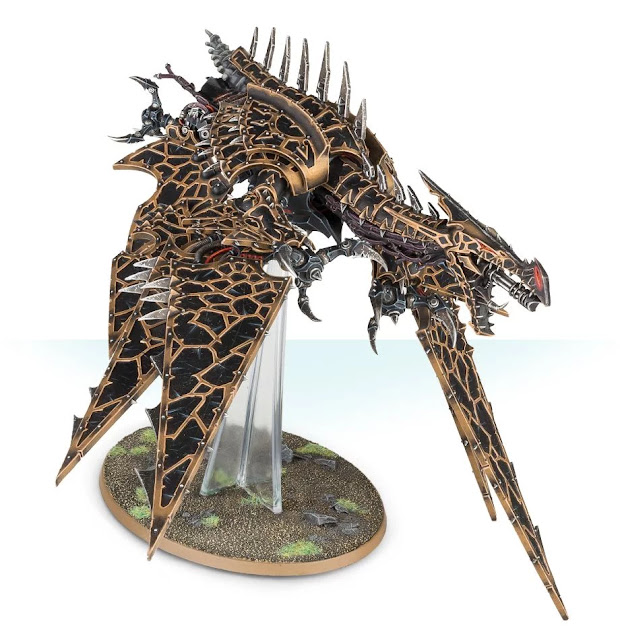 Also brings it more in line with the Hellblade seen here 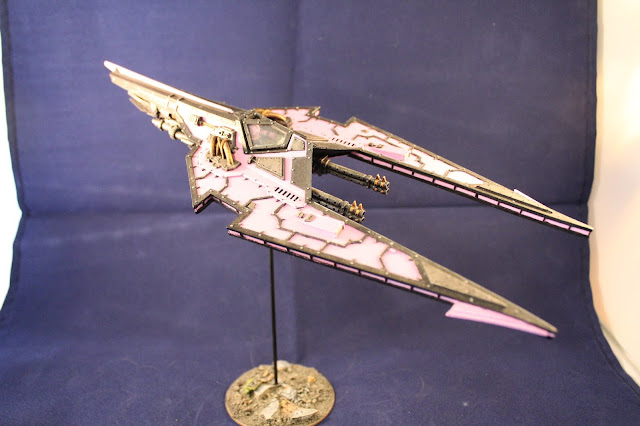 That's it for this post with another grey model now in colour, so until next time have fun !
Cheers Dave
Posted by Dave Stone at 05:20 17 comments: