First off the factory line for this years Forgotten Heroes is probably no surprise Zippo, as the frame for this one was almost finished when I did my introduction post 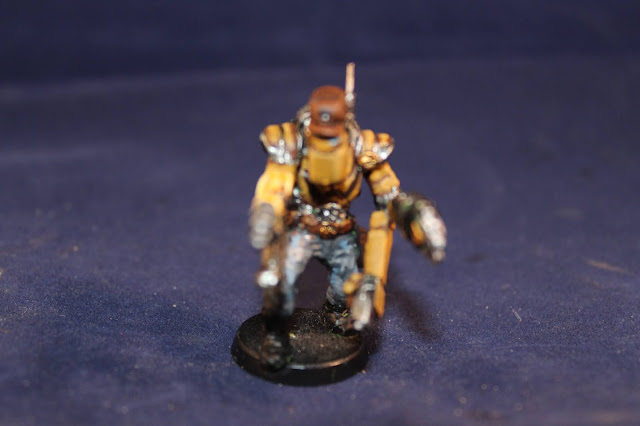 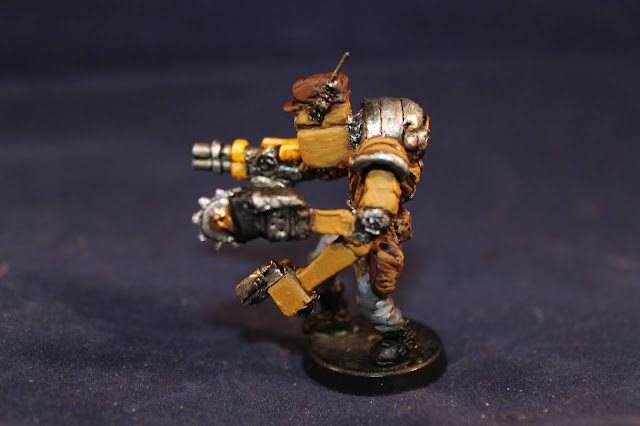 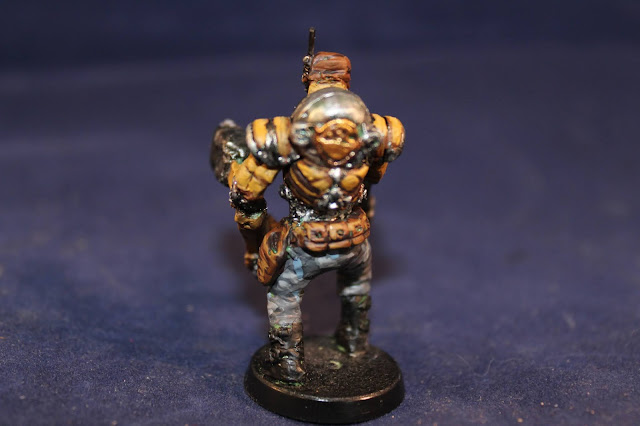 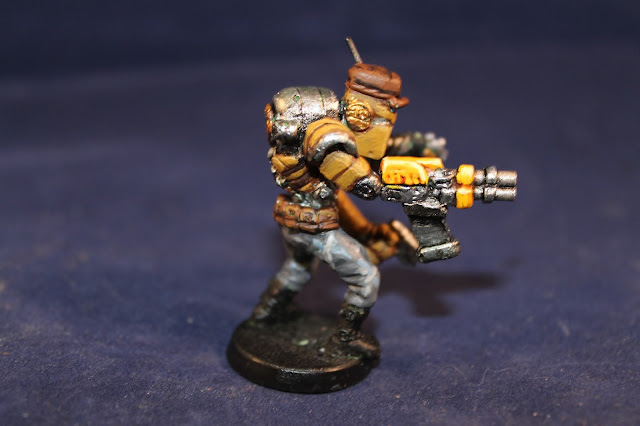 The character was introduced during the series "The Volgan Wars" originally was part of a covert group and known as agent orange. After the A.B.C. Warriors had kicked Mek Quake out of the warriors and dumped him off at an asylum for robots, they had gone to rescue Zippo and recruit him, and on the journey each character recanted how they had first met Zippo during the Volgan War. he has since been in the intro and end of Return to Earth, Return to Mars and Return to Ro-Busters, probably more but that's as far as they have printed in Graphic novel form.
The whole model is either greenstuff, or plastic rod, and painted in a colour scheme to fit with the comic strip. 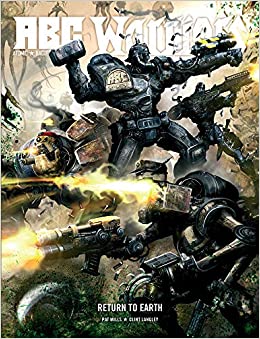 If I was making this as a production model I would have to do it with two head variants, to show the difference between mouth open and closed, and he'd also need multiple arm variants as he's been shown with multiple configurations.
That's all for this post, so until next time stay safe and have fun !
Cheers Dave
Posted by Dave Stone at 08:55