Next off the factory line is Hammerstein, he is one of only 3 robots to have appeared in every version of the Meknificent seven and was first introduced in Ro Busters in the comic Star Lord with a different head and hammer. In the storyline he was the first war robot built and put into service, and he believes he  is the leader of the A.B.C. Warriors, although in a lot of the storylines you would think it was Deadlock or Steelhorn, but that's an argument for them. 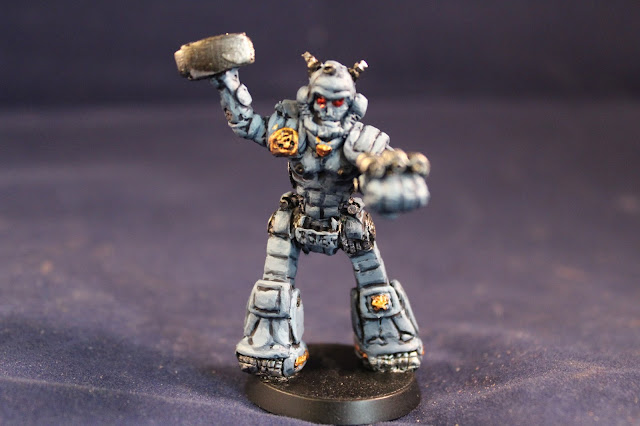 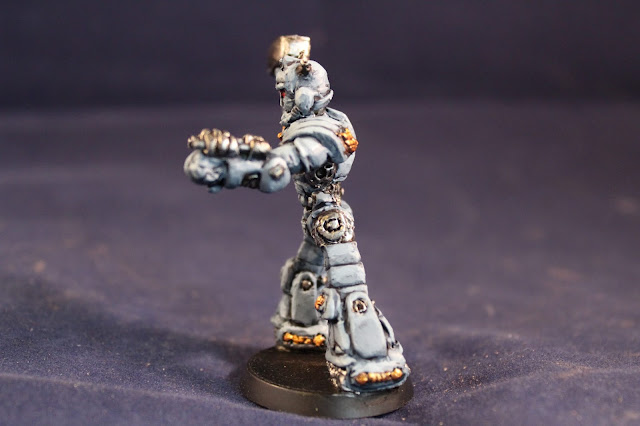 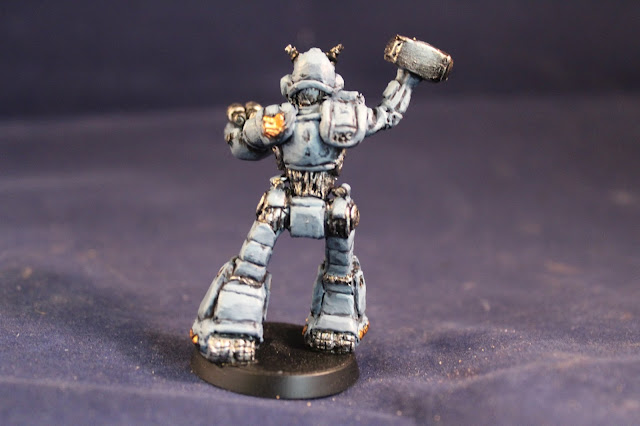 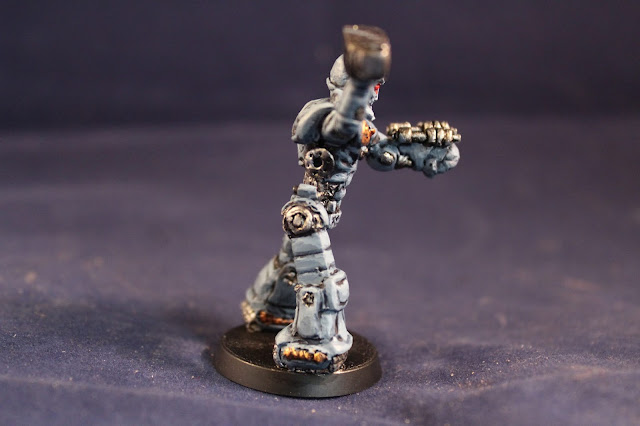 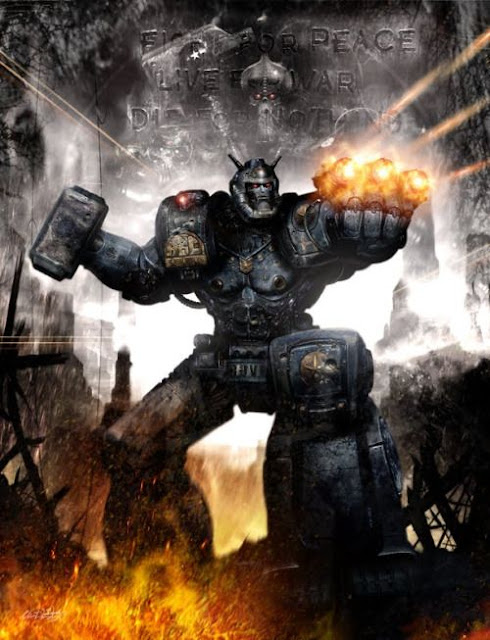 The model is a complete scratch build using Greenstuff and plastic rod, now before anyone says "Dave he's supposed to be brown, you would be correct, apart from Clint Langley's version where he coloured him in a blue grey, and as I've sculpted his version I stuck with his colour scheme. Although it's hard to see in the pictures I did include the extra arm sockets, so at a later date I can make these and put them on the model if I want to.
If I hope to finish all of them by the end of the month I need to be doing roughly 2 a week so need to get a move on.
That's all for this post, so until next time stay safe and have fun !
Cheers Dave
Posted by Dave Stone at 05:39