NOW YOU SEE ME

In the first Dark Eldar codex Mandrakes had Chameleon abilities and could easily blend into the background, by codex two they had changed quite a bit, here's what they say now :

A Mandrake is a foul humanoid creature who was once one of the Drukhari of Commorragh that lurk within the darkest corners of the Webway's labyrinthine confines. Its name is a translation into Imperial Low Gothic of a word in the Aeldari Lexicon.

The Mandrakes can be found in Aelindrach, a region of Commorragh. Literally fallen into shadow, it is one of the several districts of Commorragh that exists in more than one dimension at once. In Aelindrach, shadows thicken and writhe as living things, flowing into one another and attempting to capture those that venture into the district.

It is in Aelindrach that Mandrakes and Shaderavens make their lairs. Rumour has it that somewhere in Aelindrach lies a portal to a world where shade-daemons exist who can freeze the soul with but a touch.

This vile breed of their species is secretly feared even by other Drukhari, for a Mandrake can pull itself into any region of space-time through another being's shadow, emerging with a sibilant hiss to sink its frigid claws and teeth into flesh.

Their ebony skins writhe with blasphemous runes and their faces shift and flow, one moment a featureless mask, the next parting to reveal a maw filled with sharpened teeth. Mandrakes exist both in realspace and a cursed shadow world that may be a part of the Immaterium. To fight them is to combat a living shadow.

In my original tournament army I had a unit of 5, as the look and rules changed a lot, the original models are now in my Bloodbrides unit, and the bases have been utilised in my Reaver squads. So now I have 5 new models made from Empire flagellants as the basis  and a lot of green stuff to make these. The first 3 all have Balefire at the ready. 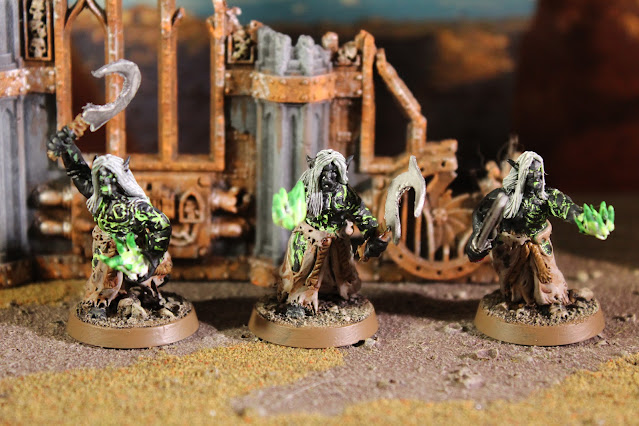 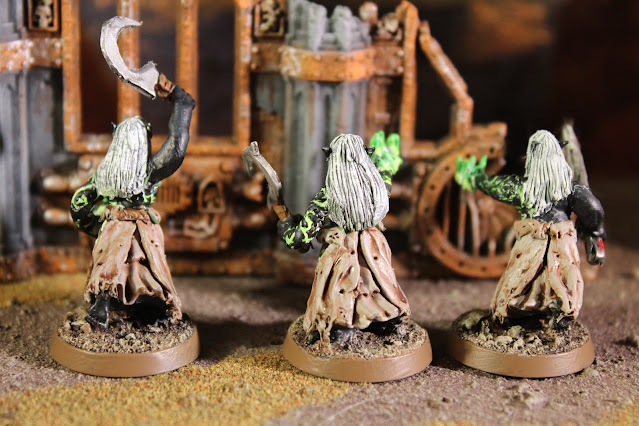 The other 2 I went for them holding their weapons two handed, to add some variation, I've also not done sigils all over on some to give the impression of them lighting up at varying times. 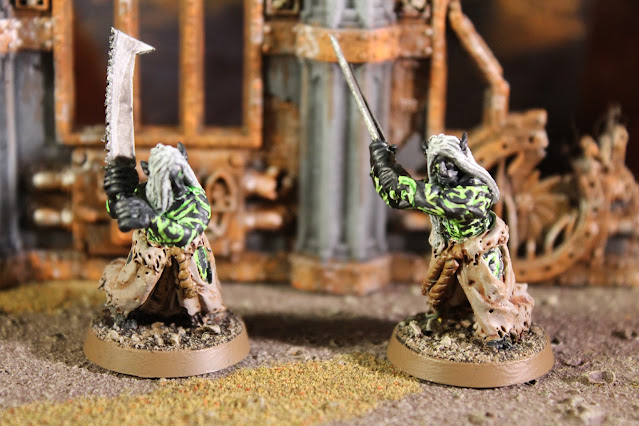 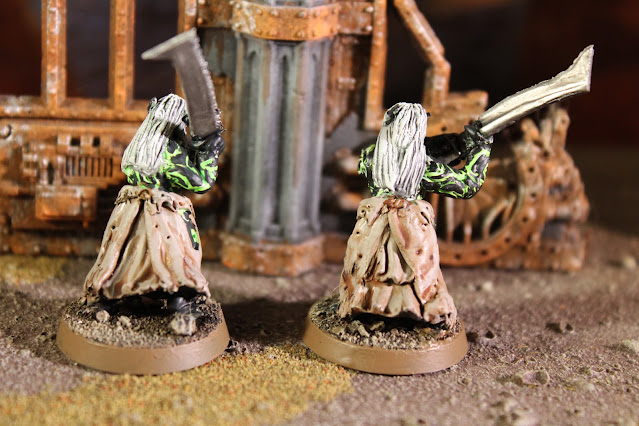 With this unit now complete, I only have a vehicle for the Kabal, and Beatmasters and beasts for the Wyches left to do, bar the beasts, I have a good chance of finishing these before the new year, which was my target goal. That's all for this post, so until next time stay safe and have fun !