Well I finally have a miniature finished for this months Forgotten Heroes Challenge done, this is really late for me, but real life had a lot of demands on my time this month, hopefully I can get some more finished before the end of the month, but we'll have to see.

The first to be finished is Saint Exmin of the Valkyrie, she comes from a warrior race, that have to leave their homeworld seeking great battles, to prove themselves worthy. The character was played by Sybil Danning, and you can see the very 80's styling in her costume or should I say lack of it. I gave her a sword as well, even though she didn't have one in the film, as I thought it would fit her character, the wepon itself is designed for trapping an opponents blade between the prongs and then braking their blade, I've included a reference picture below, so you can see what the sculpt is based on. 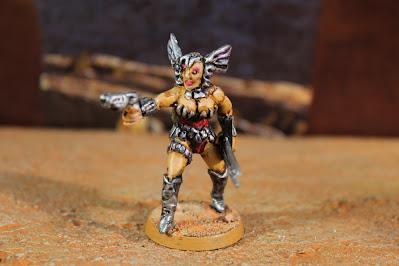 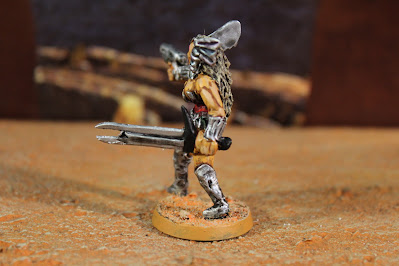 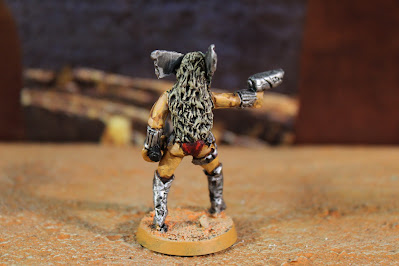 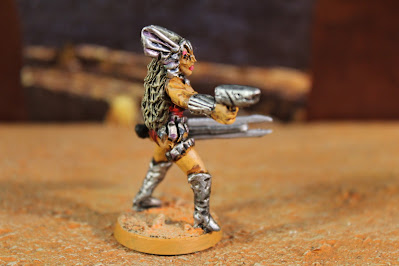 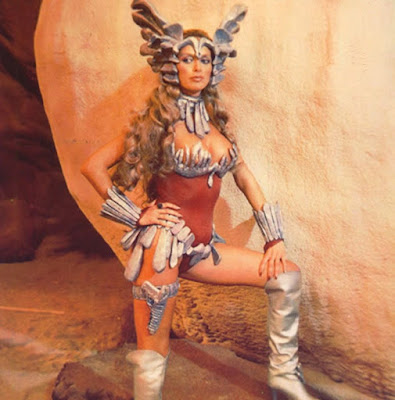 Now while were talking about challenges Matthew has been working on some very early Rogue Trader models on his blog oldenhammer where he also does a lot of Star Wars miniatures ( How I found his blog) and was asking to see other peoples first release models, now the only one I still have/ painted is the Piscean Warrior, so below is my rendition, the colours for the skin came from a Dwarf Gourami that I used to have, and because of these colours, I kept the cloth and tech to black and white. 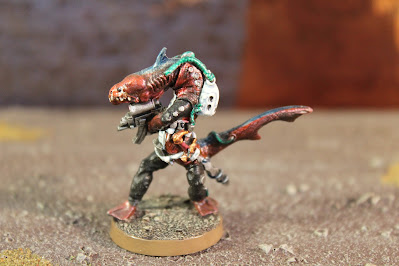 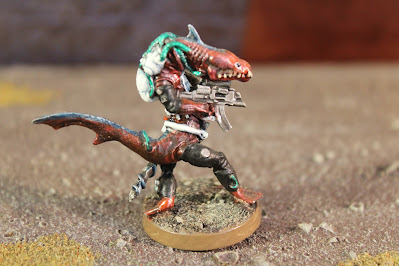 That's all for today, next time will hopefully be more Forgotten Heroes, so until then, stay safe and have fun !