As I continue on with this years Forgotten Heroes entries, I have 3 to show today. First up is Caymen of the Lambda zone, when not wanting Sador's head, he and his crew hunt Zime (Space Jellyfish), that they then boil down for protein, although they are not afraid to sell a person as well, what ever makes them the most money. He has an intense hatred of Sador, after he wiped out his entire race. 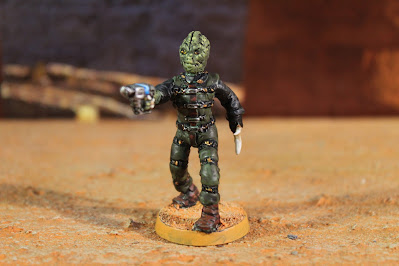 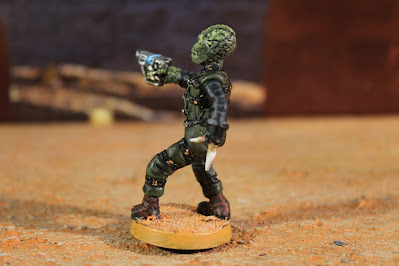 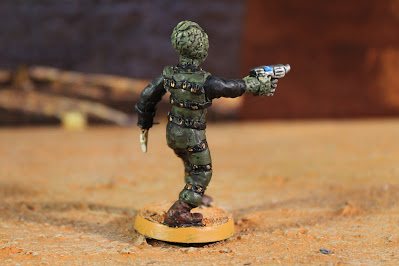 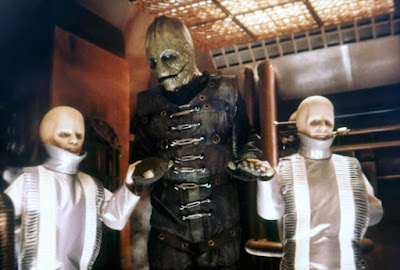 Next is Cowboy, who is a Space Trukker from Earth and is rescued by Shad from some Space Jackers. He was hauling hand guns, to another planet, which Sador destroyed, and then offered them to Shad, and agreed to set up the ground defences for them. On the model I added a laser rifle, even though they didn't have any in the movie, as I felt it was a nod to the Winchesters in "The Magnificent Seven". 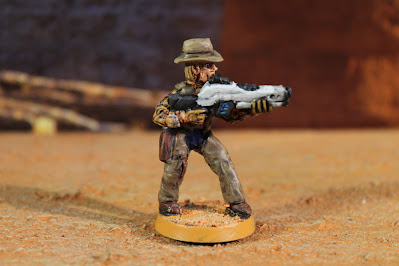 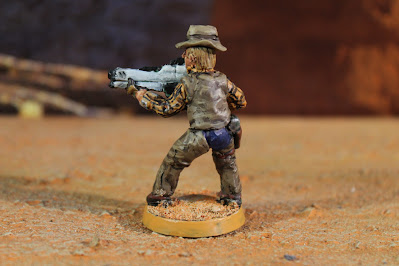 Last today is Gelt, a mercenary who is exceptional at ending disputes quickly, the side effect is there is a bounty on his head in every corner of the galaxy, so accepts the payment of food and lodgings on Akir. For the model I gave him two blasters, instead of the one in the movie, and upgraded his holsters to magno holsters, these are magnetic holsters that release the weapons when his palm prints are read by the handles. 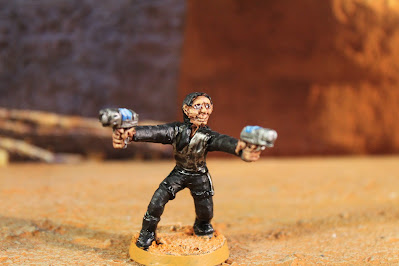 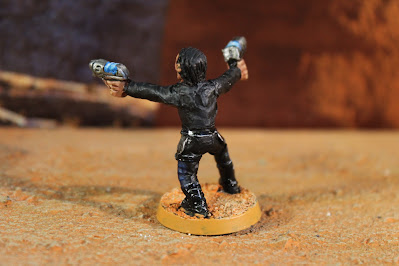 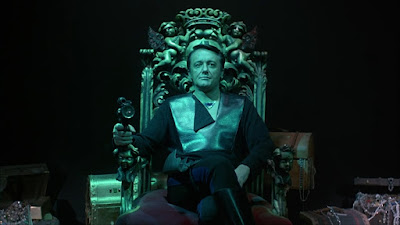 Here's a group shot of all the characters so far. 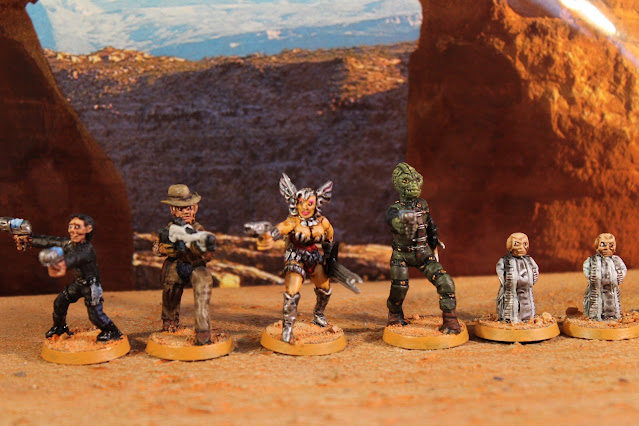 There's four more characters to do, and I hope to get at least 3 finished, but only time will tell, so until next time stay safe and have fun !