WHO LET THE DOG'S OUT

In this case it would be me, after finishing the Emperor's Children army, I wanted to keep the momentum going, and finish my Lost and the Damned army list, which can ally with the EC. The list came out during the 3.5 codex so works well with the other list, it comprises of a lot of the lesser beings that attach themselves to Chaos, including mutants, and traitor guard.

The first unit today is a unit of Chaos Hounds, these were my favourite release of the models, and I notice GW have tried to replicate this style with their latest plastic version, but I still think these metals are better. 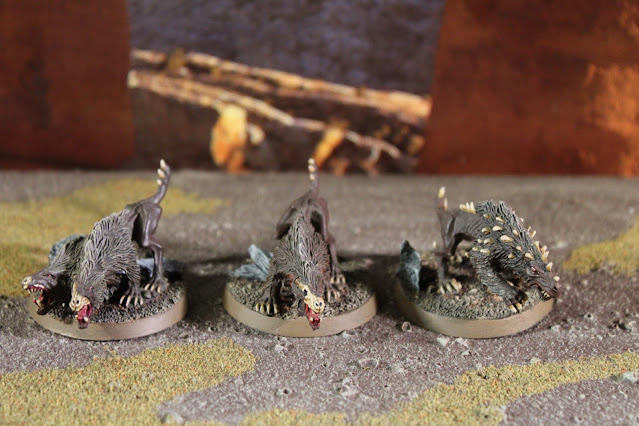 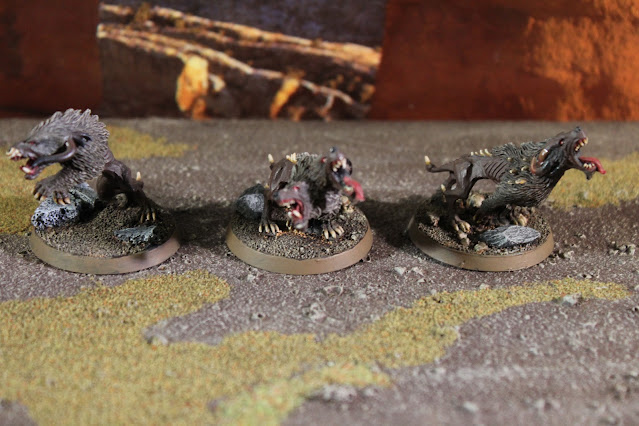 Next I have the Big Mutants, I decided not to give them firearms, and use them as a close combat unit. The models came from an array of places, two were plastic Ratogres, another was a character Chaos Spawn, and the last 3 were possessed from Mordhiem. 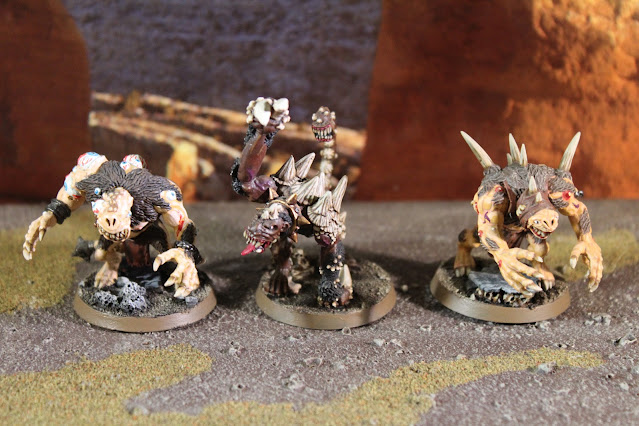 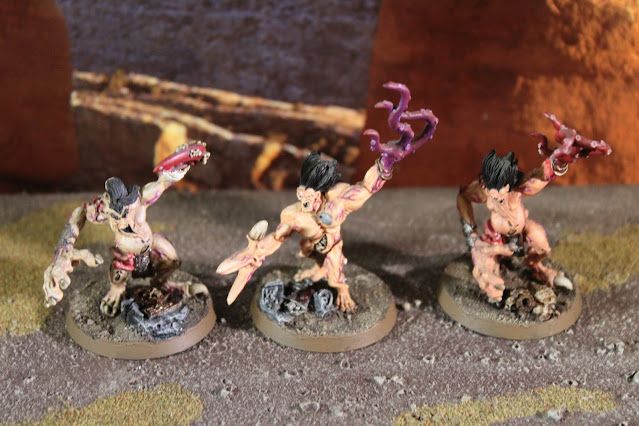 The next unit are Chaos Spawn, originally spawn, were champions that had received too many gifts from there patron, but over time, it just became a unit you could take, by codex 3.5 you could actually use a Chaos power to turn an enemy into a Chaos Spawn, which is where the idea for these models came from, and as Khorne and Slaanesh were bitter rivals I had to turn a Khornate champion into a spawn. 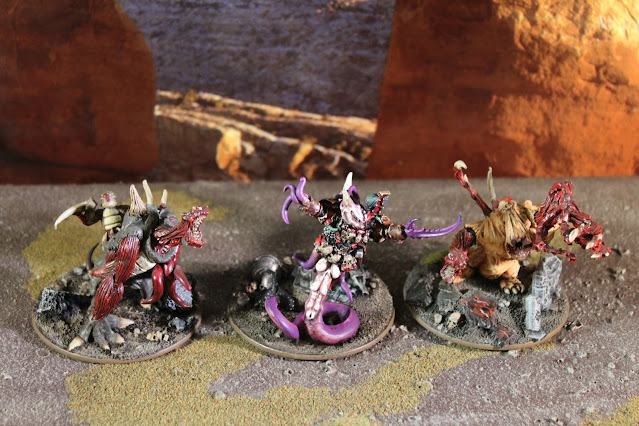 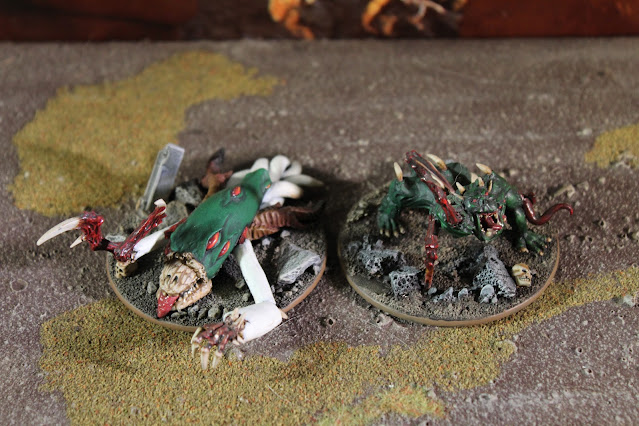 This next unit is a squad of Obliterators, now GW described them at the time as :

Obliterators have dwelt too long in the eye of terror and have contracted a contagion that sears their flesh to their armour. Marine and armour become one entity growing down the centuries into hulking weirdly baroque leviathans able to reshape their forms to spew death at their enemies. Obliterators are no longer Chaos Space Marines instead they are an amalgam of Marine, Daemon and armour, each part inseparable from the rest.

After reading the description, I decided that their colour scheme wouldn't be the normal pink and black, but a more generic Chaos colour scheme. 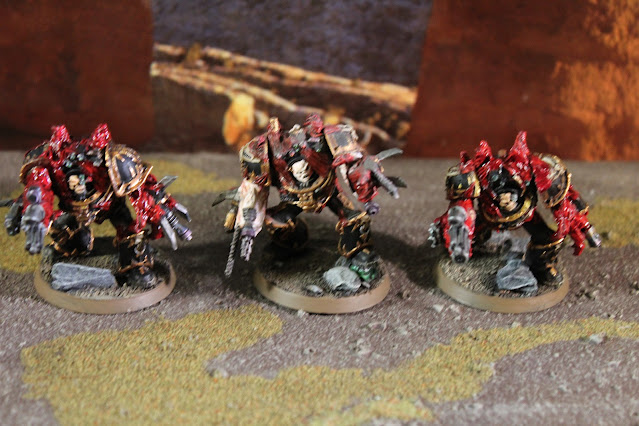 Last today I have a Defilier, as a lot of the weaponry in this army can be quite weak, I wanted a couple of heavy hitters, so with this one and the previous unit, I can add a lot of firepower. I made a base for the model, to add some movement and a show it's weight and strength. 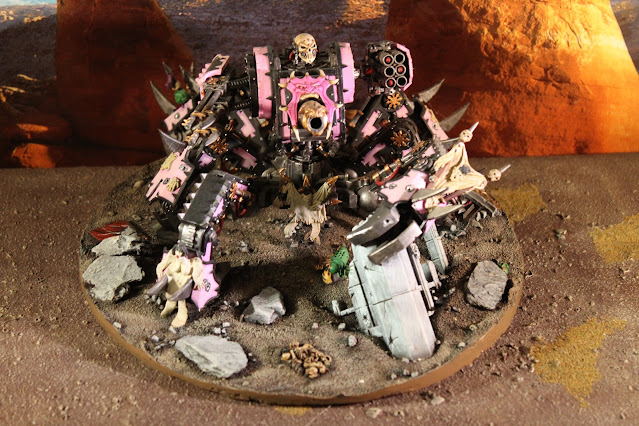 A lot of these models just needed their bases, but a couple needed to be painted and one actually needed the conversion finished as well. All I've got left to finish are the troops and leaders, but there are a lot of troops ! LOL

Will try to do some more Star Wars soon, at the latest May the 4 th , so until next time stay safe and have fun !