FINNISH WITH A BANG

So here is the last post for my Emperor's Children army the flyers, now anyone who has been following my blog for awhile will know I love flyers, so I would not be doing this army justice without a couple or 3.

First up is the Hellblade, a Chaos fighter that was sold by Forgeworld, and as such, has some crisp detail, and quite a lot of it, which I don't mind. I went for my basic pink and black scheme for this one, and the base is a metal one, which keeps the model nicely balanced. 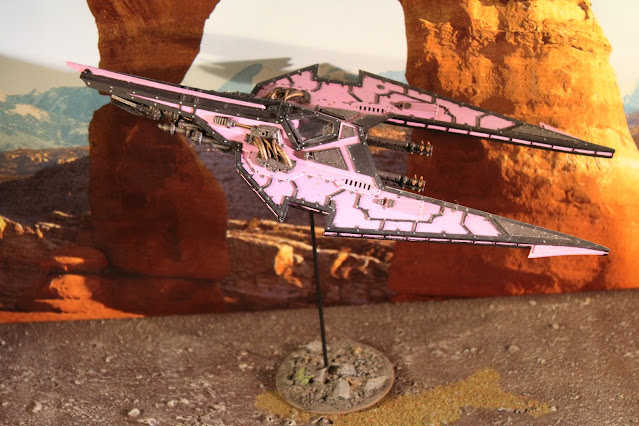 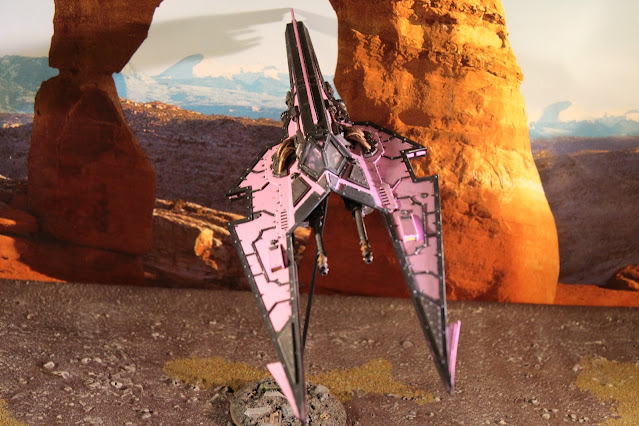 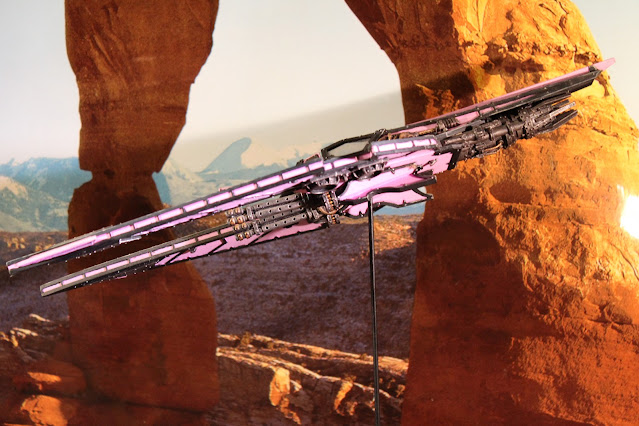 Next is a converted Helldrake, it normally has a lot more wings on it, but I thought it would look better with wings closer to the Forgeworld flyers. 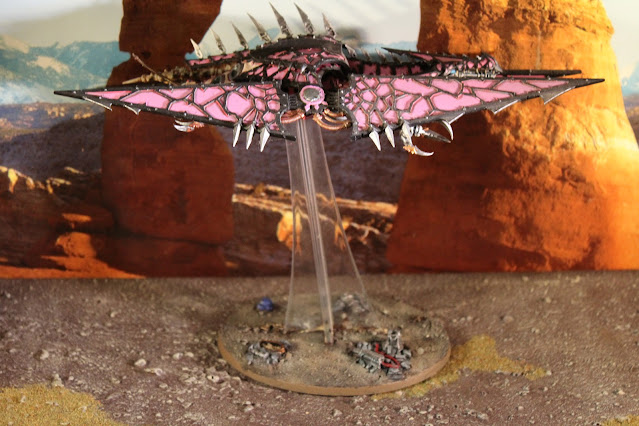 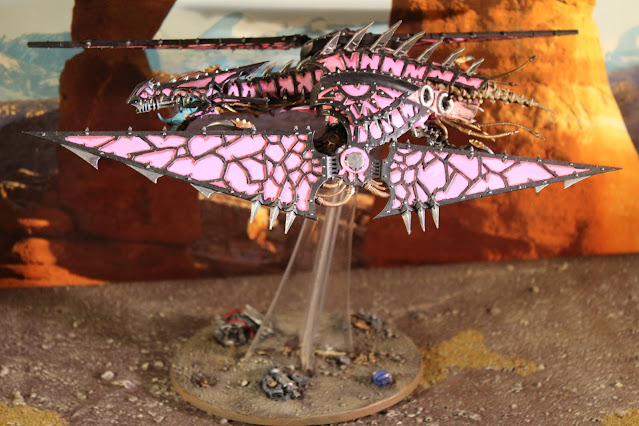 Last today is the Helltalon bomber, I wanted a more elaborate colour scheme for this one, so I did the Slannesh symbol across the top of the wing, and then reversed it for the other side, after I'd painted it in the basic purple, I realised it needed something more, so I added swirling souls over the symbols, hopefully you agree it stands out now. 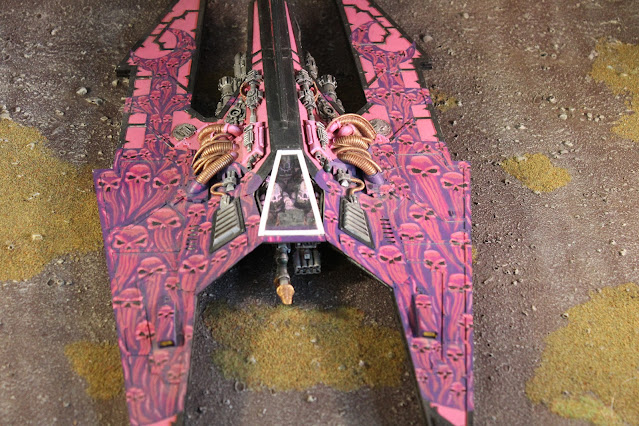 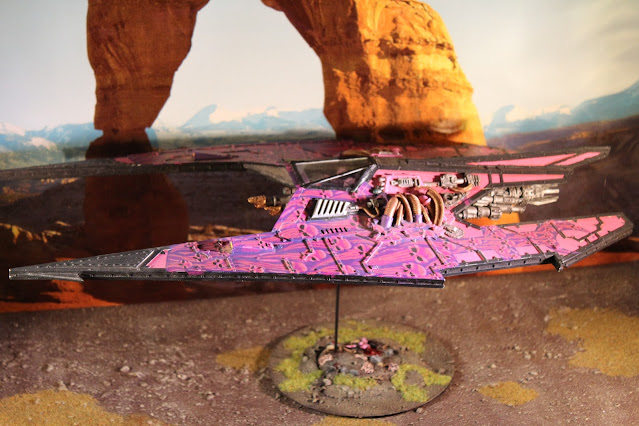 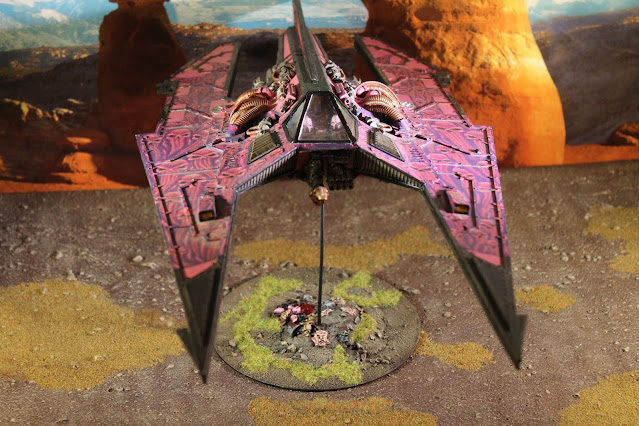 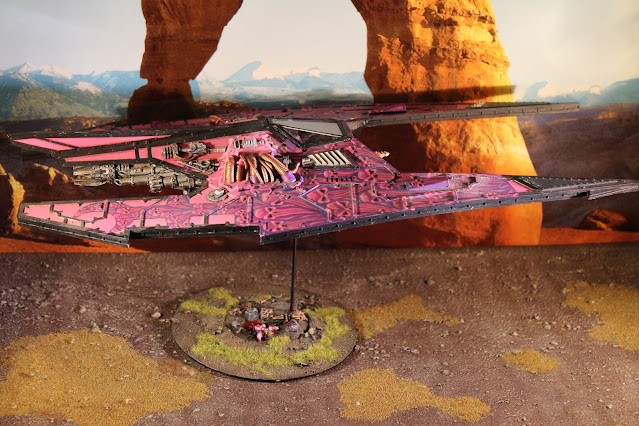 I had to make a replacement canopy for this model, as the original got lost when we moved house, but I actually like this one more, it looks sleeker. This brings to a close the Emperors Children, I do have a demon army for Slannesh to finish and a Lost and the Damned army that will work with the EC, but I'll show those when their done, so until next time stay safe and have fun !