Now I don't mean in the sense of gaming, but this was the hardest unit to complete, the models come from the the 5 th edition core game set, and were described as chosen, although there was no entry in the subsequent codex for Chosen. I shall use them as possessed models, with all the mutations, and warped armour.

So why were they hardest to do, well it wasn't the fact that they were plug in models, or the large undercuts that were a result of their design, or even the amount of detail on them as I enjoy a challenge, but the fact that the detail was so shallow, to combat it as best as possible I hand undercoated using as thin a paint as possible, also undercoating in the base colour rather than my normal black, to keep the number of layers of paint as low as possible. 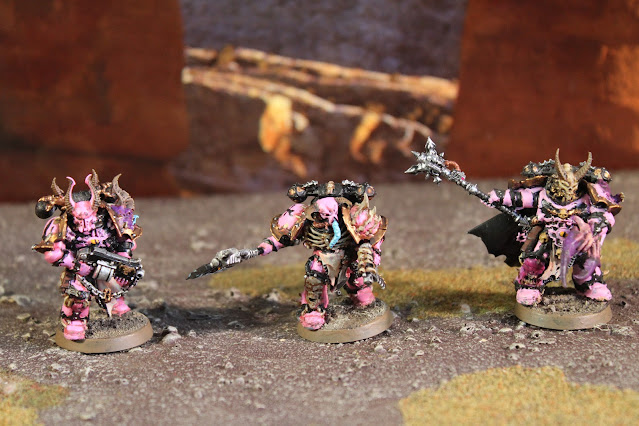 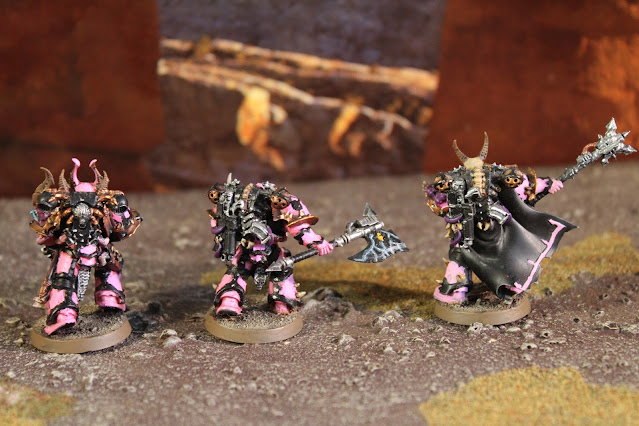 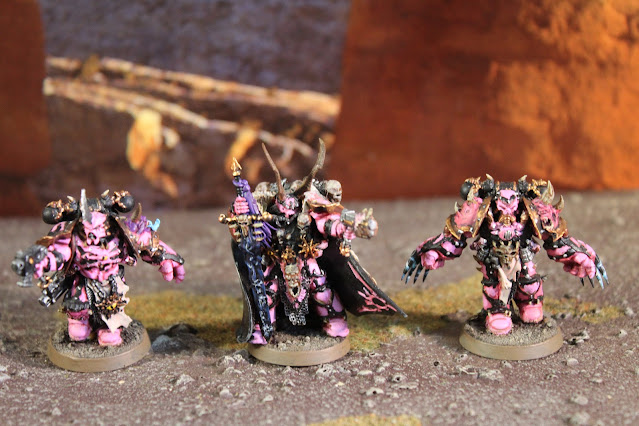 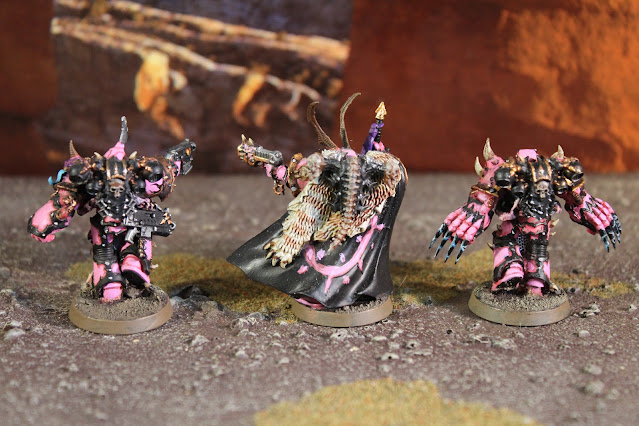 I must have tried to get these painted 6 times and every time got frustrated, and put them to the side again, but I'm calling them done, even though I could probably spend another year trying to find the details. Next time I will have the last of the Emperor's Children posts with the flyers, then I might have a Star Wars post, before trying to finish another army, so until next time stay safe and have fun !