A film title like above probably would be unacceptable in modern times, But I don't think the facially challenged has the same ring to it ! LOL 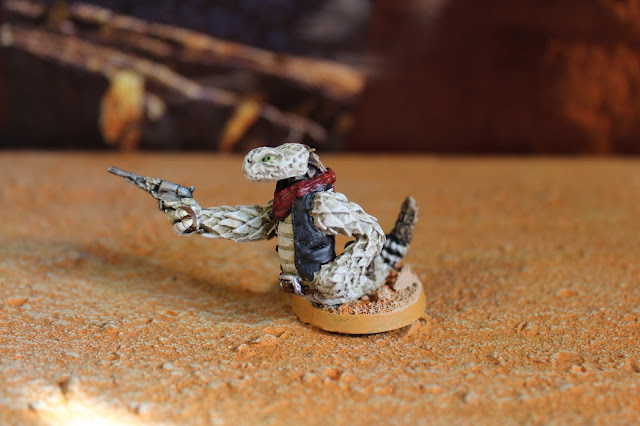 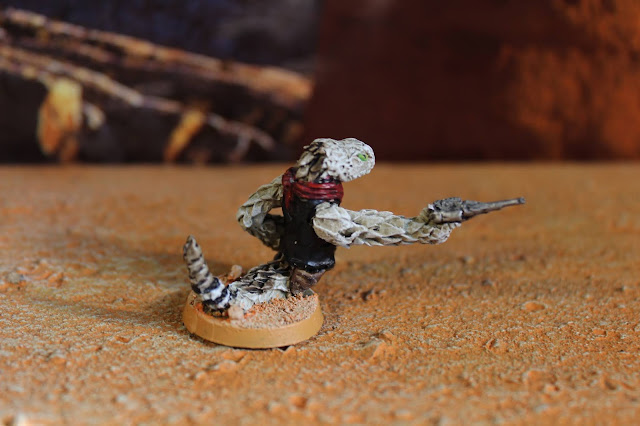 First up is Snapshot Sal the female snake woman, and one of the quickest draws in the West. I've gone for a pale rattlesnake colour and markings, to add some different tones to the group, and added dark clothing as a contrast. 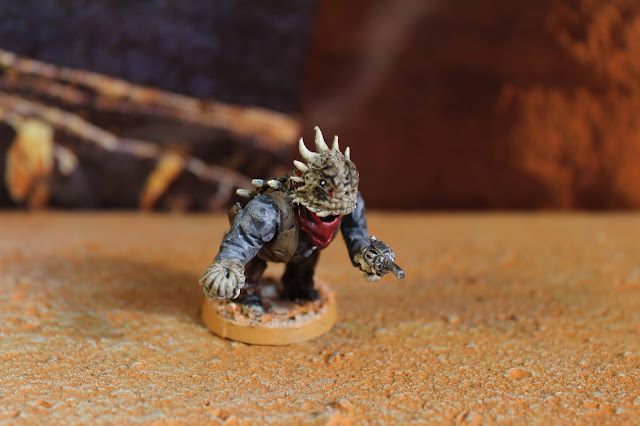 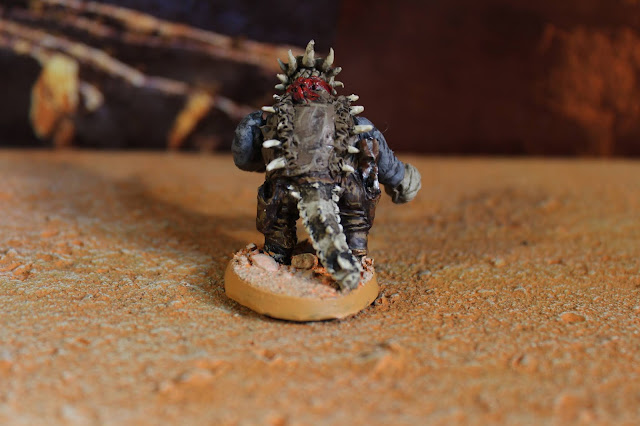 Next is Cry Baby Spike, so named for his self defence attribute where he can squirt blood from his eye to be able to escape, I've added a red teardrop just in front of his eye to show this. 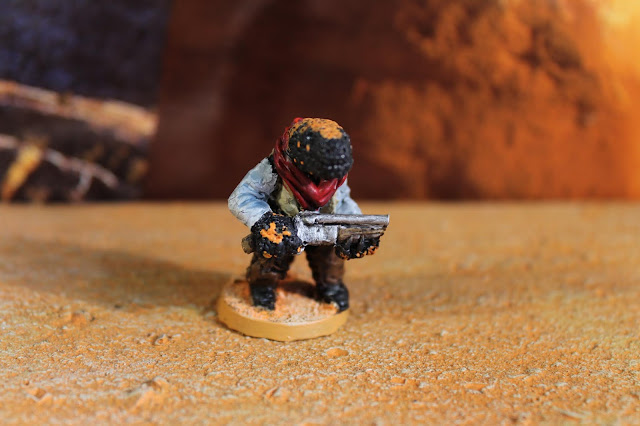 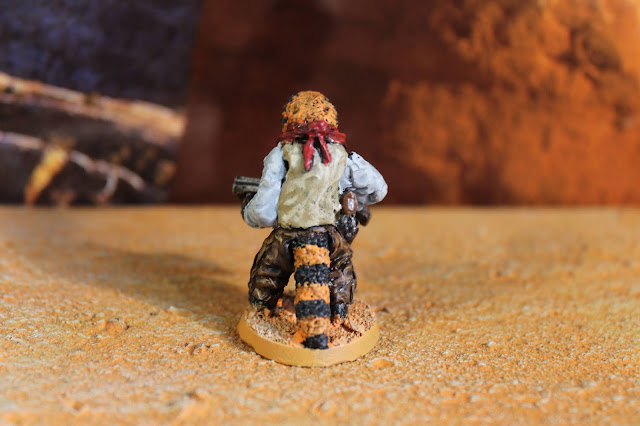 Next up is Old Gill, hence he carries a shotgun as his sight isn't what it used to be. His white shirt was contrast paint over an off white base which gave a grubby feel, which I liked. 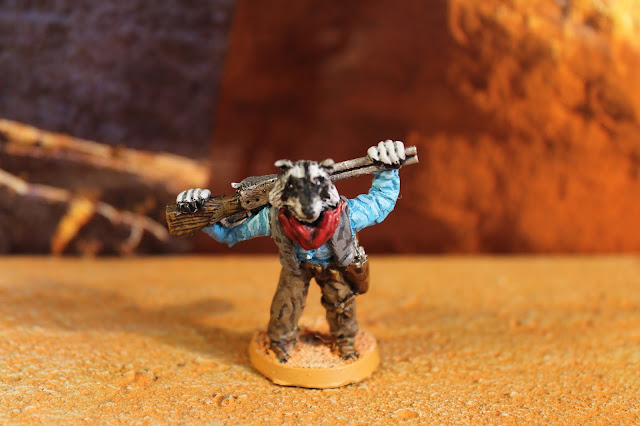 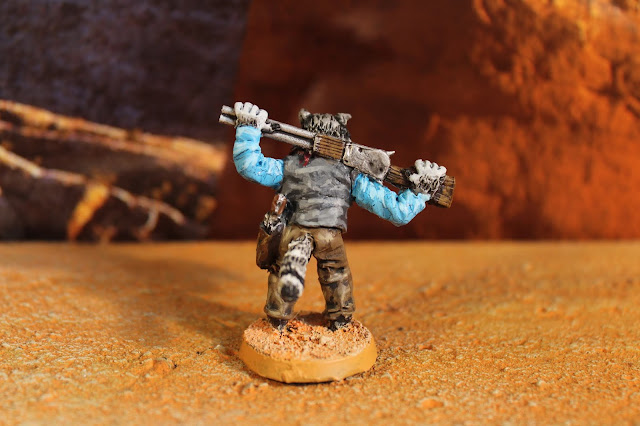 Next is Sharpshooter Rick, who is the crews marksmen, he doesn't like to get too close to the action. 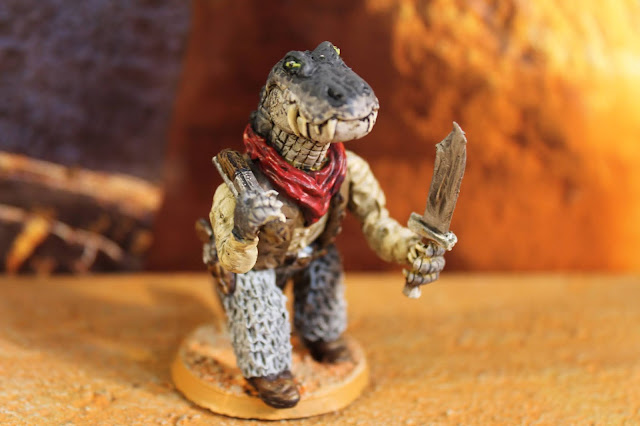 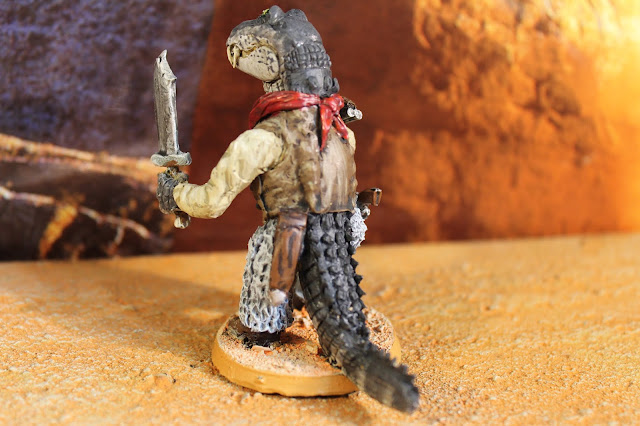 Last today is Gator Hundee, prefers using his shotgun and blade, as his large hands struggle with the pistol, but will use if needed. 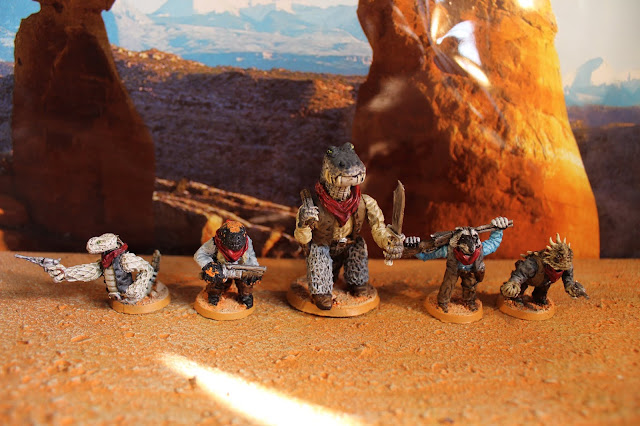 Here's a group shot to show all the different sizes of the crew and all will be available from the webstore by the end of the month. I am currently working on the last one for the group, as well as The seven mounted Orc's, and hope to have them all finished in time for Ann's paint the crap you already own painting challenge