With all the fellow bloggers working on Wild West models, I've felt the need to get on with some of the kickstarter models I did for Minaturemen. This also fits in nicely for Joe as he wanted to see more of the range, and also they will count to Ann's paint the crap you already own challenge. 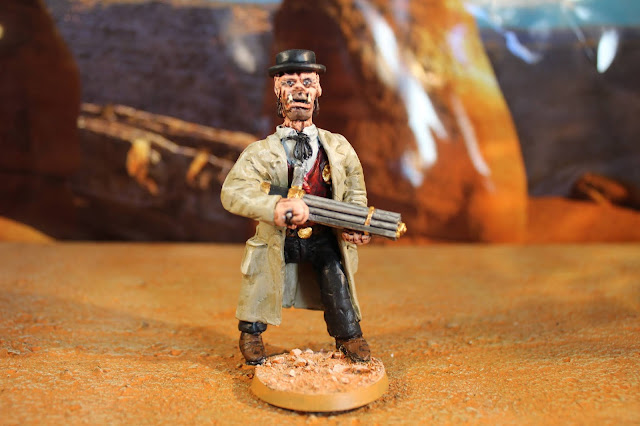 First up today is the big guy, on the kickstarter he was painted up as a rare giant orc, but I fancied doing him as an ogre, with a world full of orcs, goblins and other various creatures, you need someone with size and firepower to keep the law ! 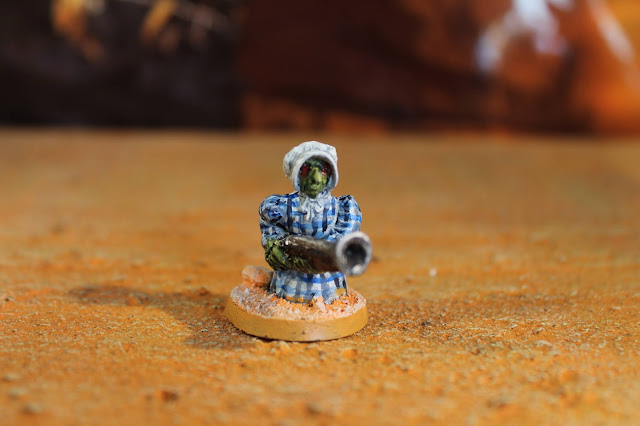 Next is Ma Gwimm the matriarch of the Gwimm brothers, not so much a sweet old lady, but one with an attitude and a blunderbuss. Decided to push my skills here by having a go at gingham pattern, still room for improvement ! 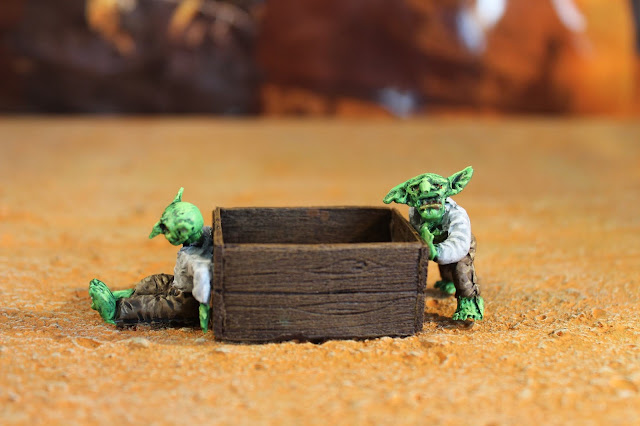 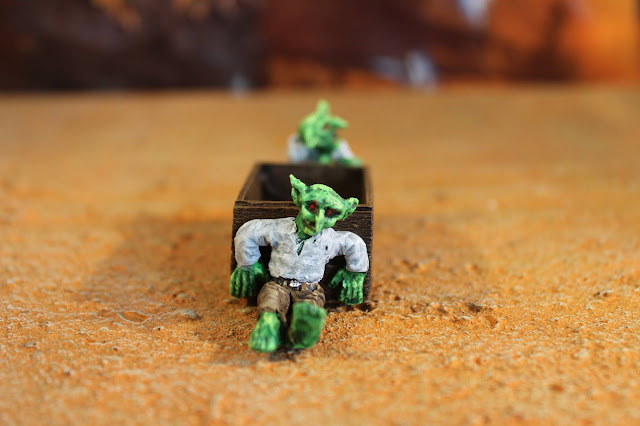 These next two Gwimm brothers are Bograt on the left and Scrapper on the right. Not the brightest bulbs in the box, as they can't work in the same direction pushing an orc coffin ! 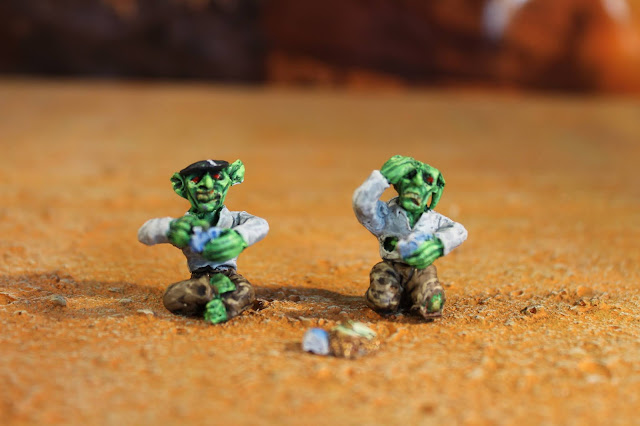 Here we have two more brothers Slick on the left and Nugget on the right, enjoying a friendly game of cards. 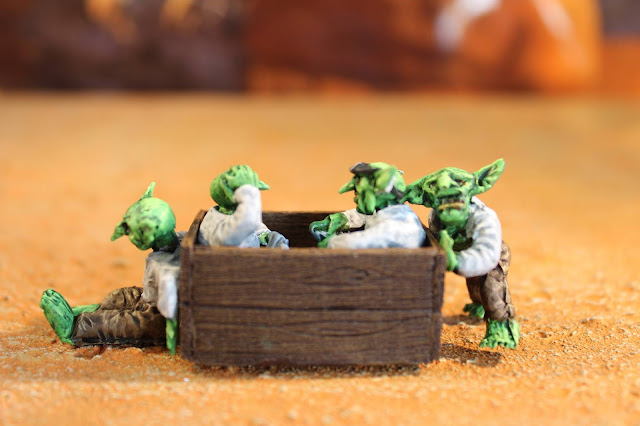 If so desired the brothers can be combined together to make this little scene. 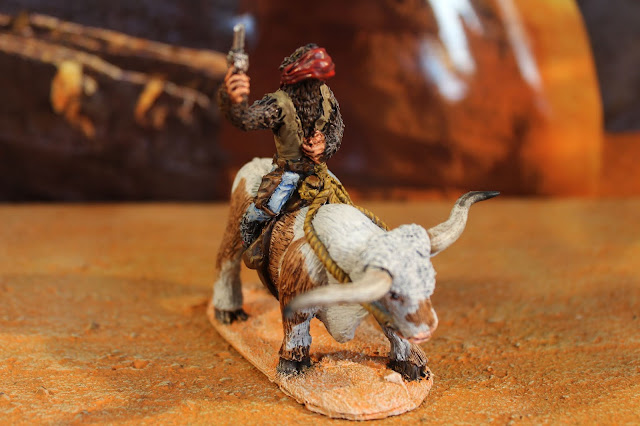 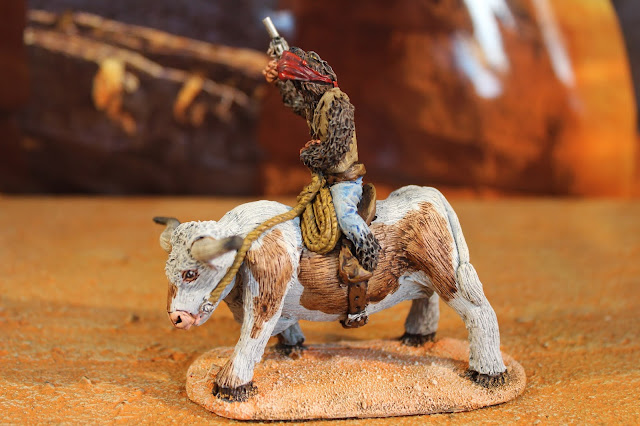 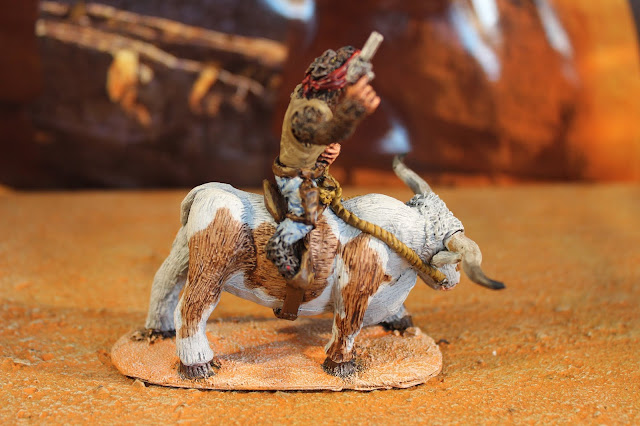 Next we have Howling Odolf, riding his longhorn, I see him as a cattle rustler/robber, so feel he needs a gang to support him . . . 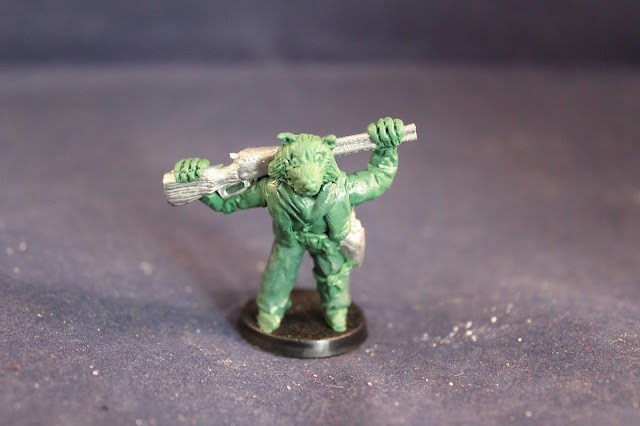 so have started work creating the gang first is a Racoon sharpshooter, haven't thought of a name yet for him, if all else fails I can always use trash panda ! 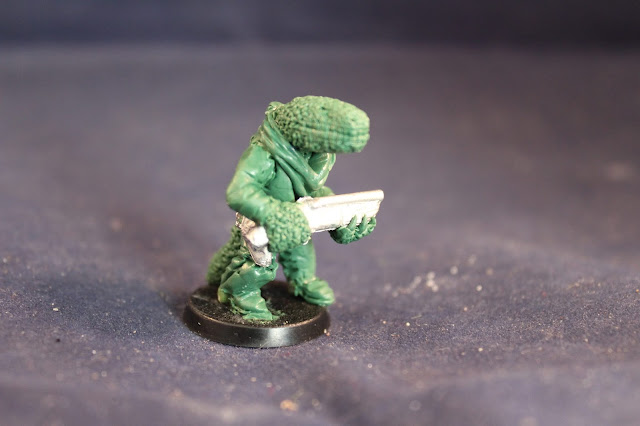 The next 3 are all variations on the lizardman theme, the first one is based off a Gilla Monster. 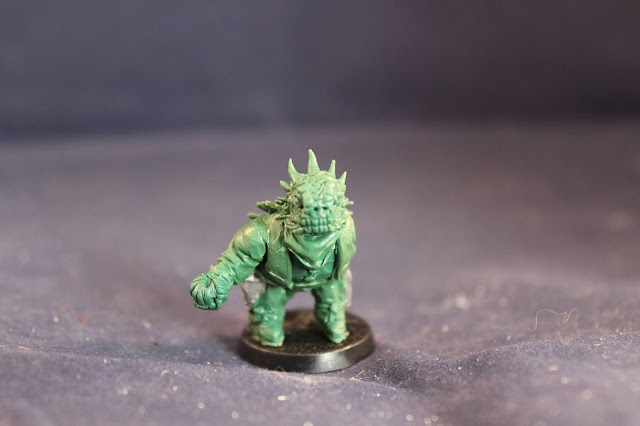 the next is based on a Regal Horned Lizard. 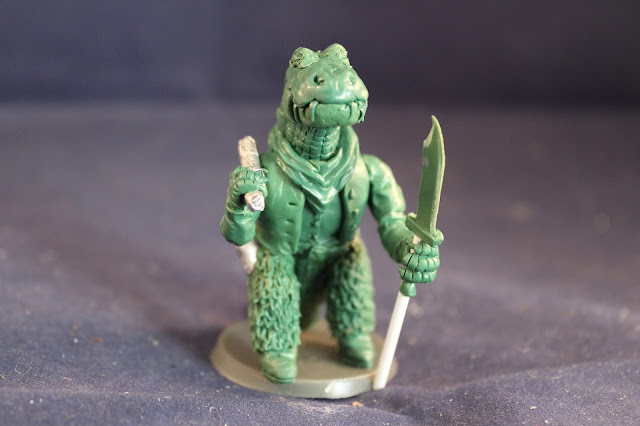 And the last one is based on a Gator, as every gang should have some muscle, thinking of calling him Gator Hundee. 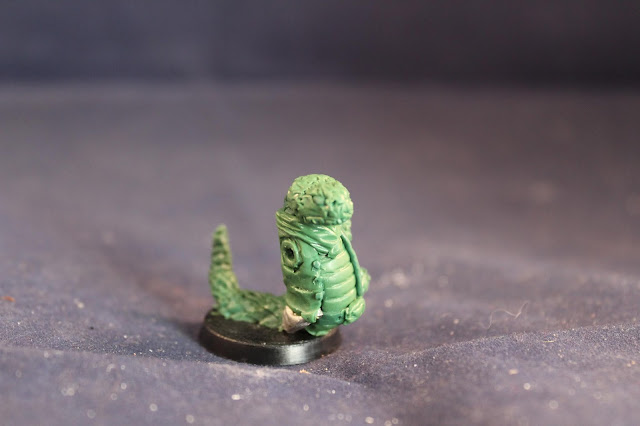 This last gang member is based off a rattlesnake, this is the female of the gang ( her buttons are on the other side on her waistcoat) 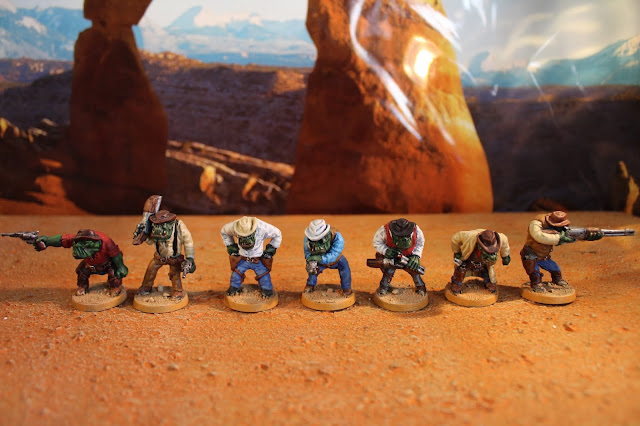 This last picture is for Joe to show the original orcs, as I painted these a long time ago, so don't count for the challenge. I still have a lot to paint as I have 7 mounted orcs, 4 more standing orcs and 9 dwarves, that's before I come up with any new models.