I've managed to finish the last of the orc's on foot and all the dwarves now, leaving the mounted orc's and the six new characters I've made (but Dave you've only shown 5 ! Indeed the sixth will be a bit of a surprise). 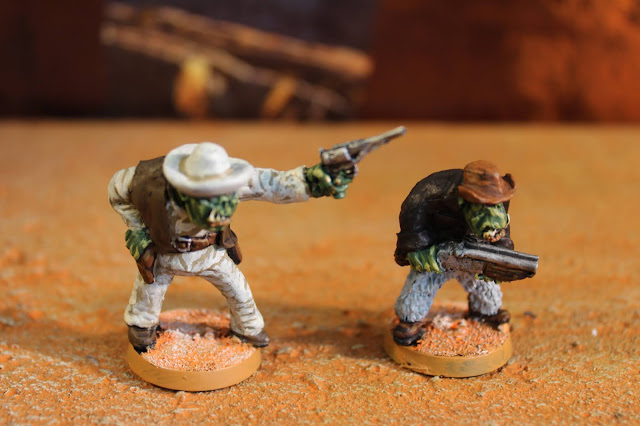 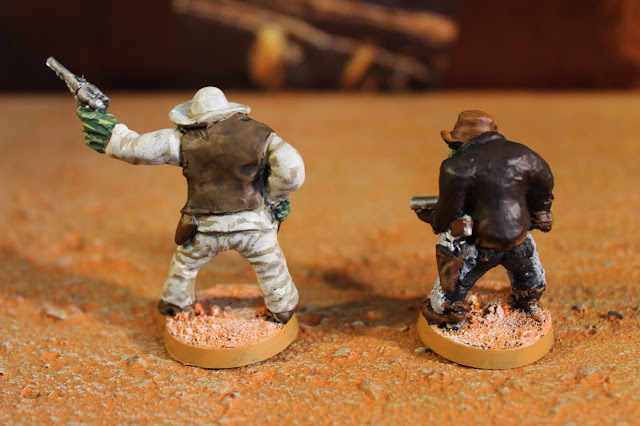 First up is the last two Orc's on foot, the one on the left has a Mexican feel about him, so went with a simple townsmen colour scheme, the Orc on the right was made by Gary, utilising some parts from the previous sculpt's and then extra work from him. 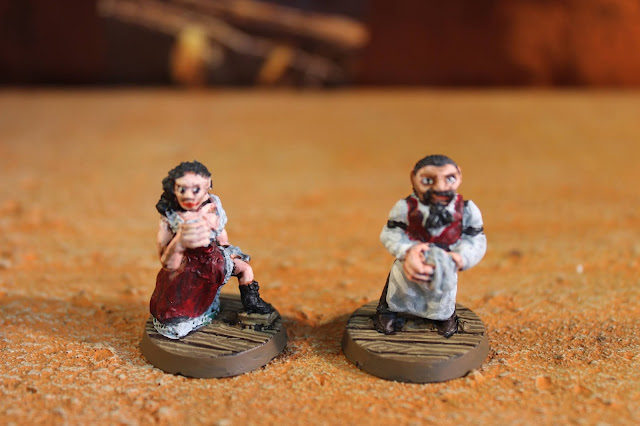 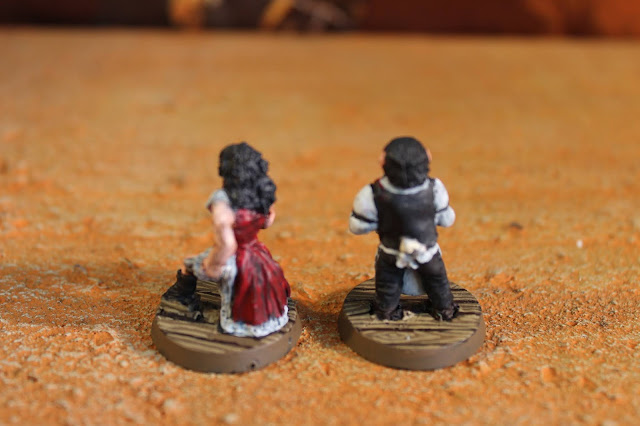 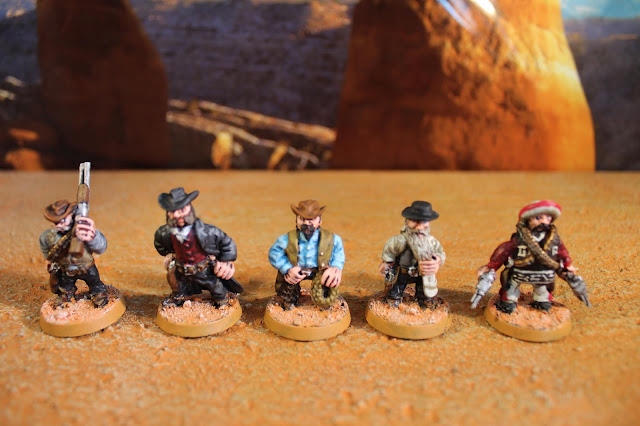 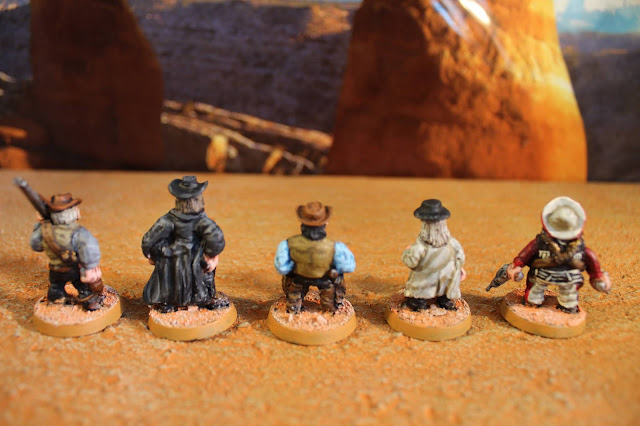 Last today are the remaining Dwarves, with an assortment of cowboys and a Bandito on the right. One of the things we discussed when doing the dwarf sculpts is should they all have beards, as this is often how they're depicted, we decided to do a mix of different facial hair that fitted with the wild west theme, and the occasional long beard.

That's all for this post, expect more Weird Wild West to come, until May where I start on Monster May(hem) which if you haven't signed up yet follow the link, and join in.