As I agreed to take part in Alex's Fembuary Challenge and have shown a few bits already, I'm showing the completion in one post. 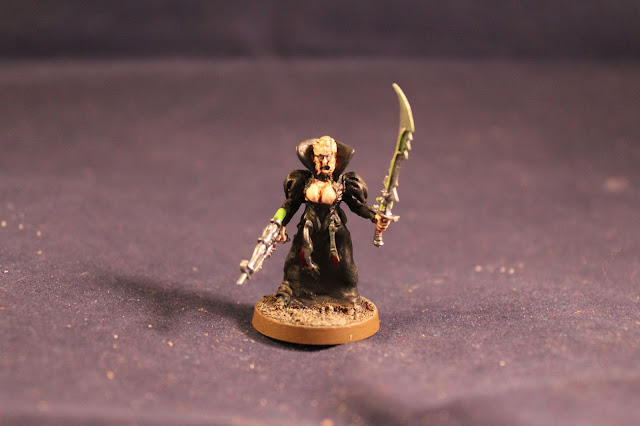 First up is the completion of My Female Pinhead, based off the cosplay I showed in my first post for this, she is armed with a stinger pistol, and a venom blade, a cheap combination points wise, as she also carries a webway portal, to bring my Homunculus Ancient onto the gaming board with it's unit of Grotesques, a very nasty combination. 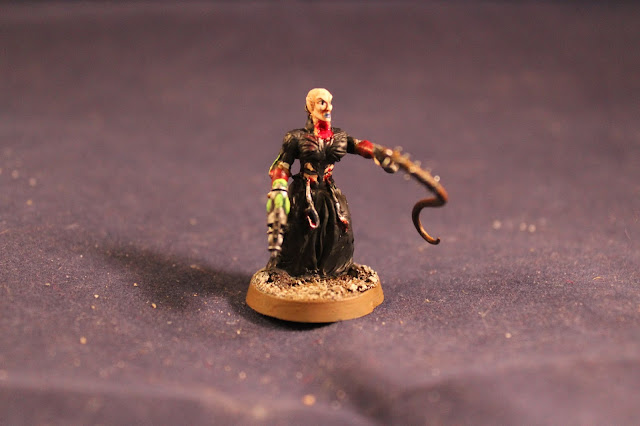 Also completed the female Cenobite from the first two movies, she is armed with a liquifier gun, and agoniser. 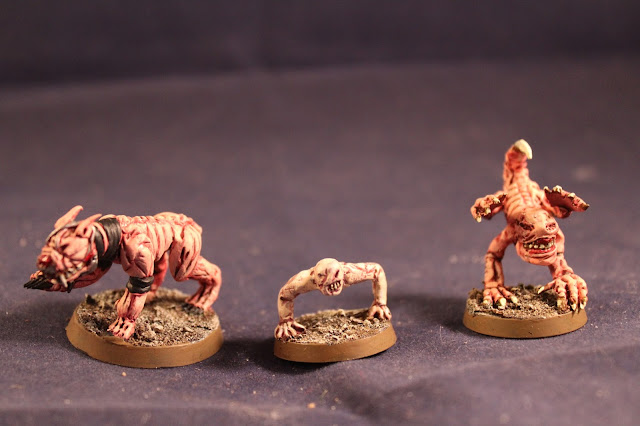 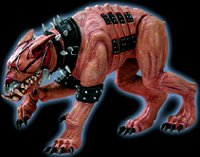 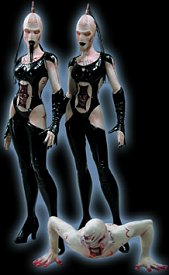 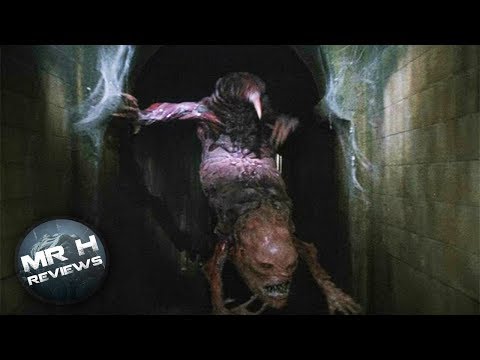 As this has been a bit of a week of distractions ( see my last post) I ended up wanting to create a pet for each of the  Homunculus, so created these three based off creatures seen in the movies, the one on the left is the Chatterer Dog seen in Hellraiser 4 Bloodlines, the centre creature is the torso seen in Hellraiser 5 Inferno, and the creature on the right is the tunnel dweller seen in the first two movies. 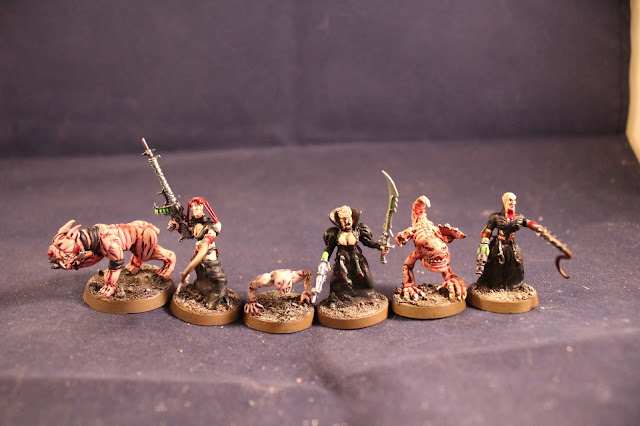 Here is the complete line up with pets, to make it nice and easy for Alex.

In gaming terms of 40K the creatures would mean nothing but as I intend using my own rules and lists at home, it's not a problem. To complete this faction of my Dark Eldar army I only have 3 Grotesques left to build and paint, so very happy about that.