No I'm not hailing our good friend Roger, I'm declaring my first squad of B1 Battle droids finished. These are pretty much straight from the box, with two arm swaps as the unit has two duplicates in it, and I do like variation. 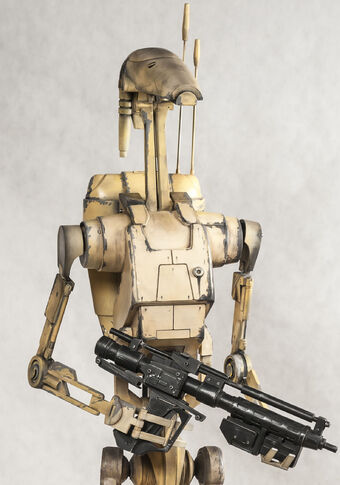 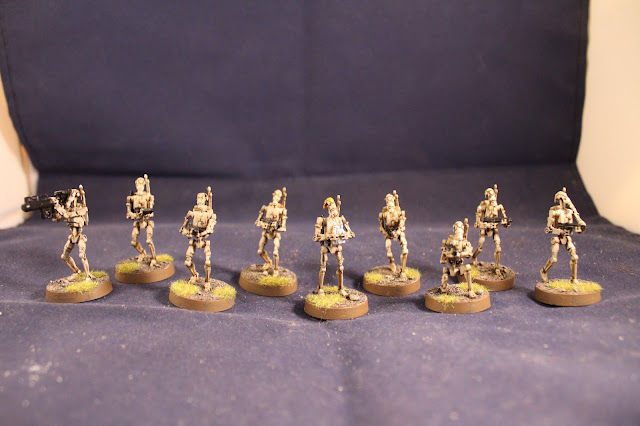 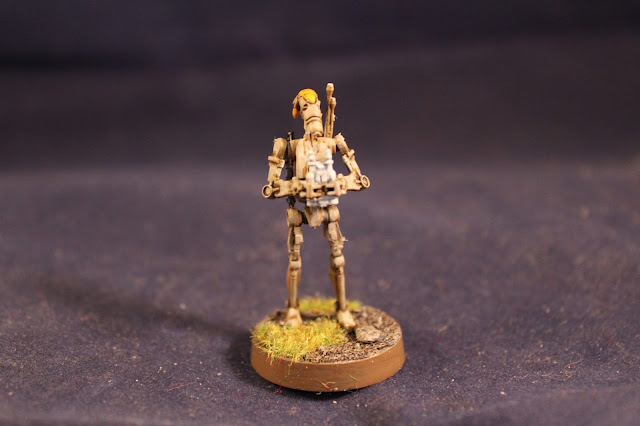 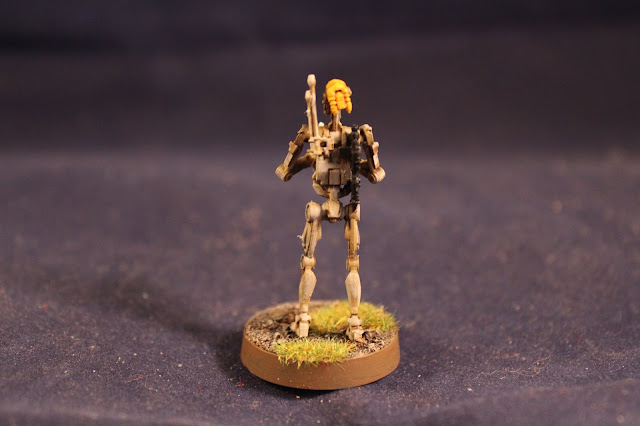 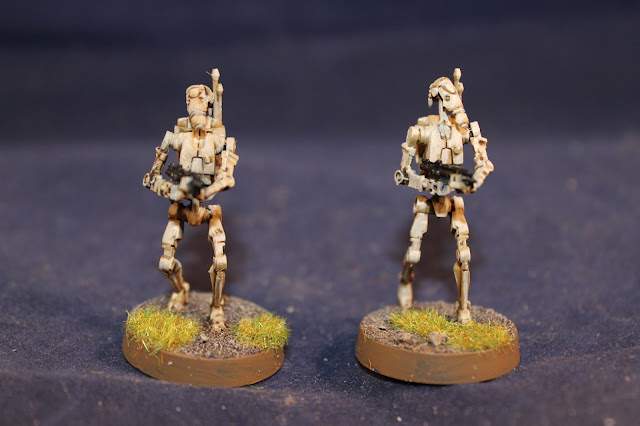 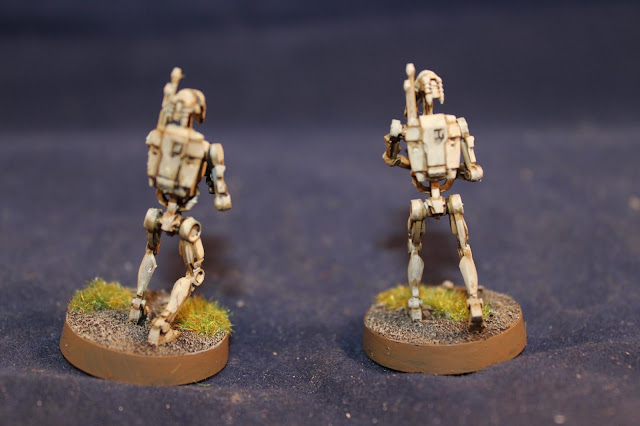 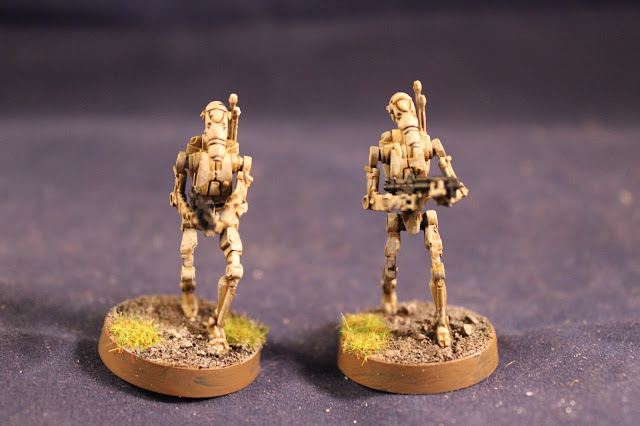 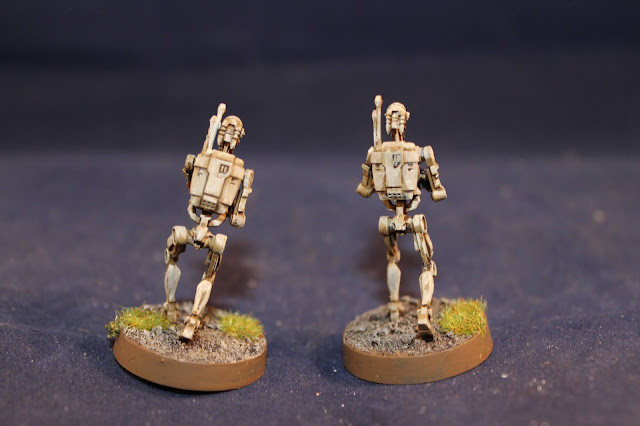 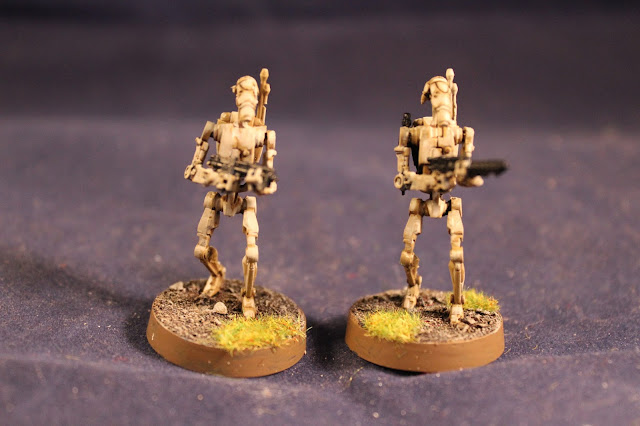 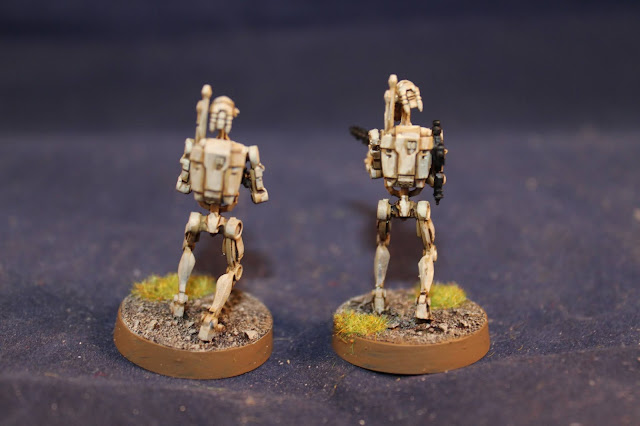 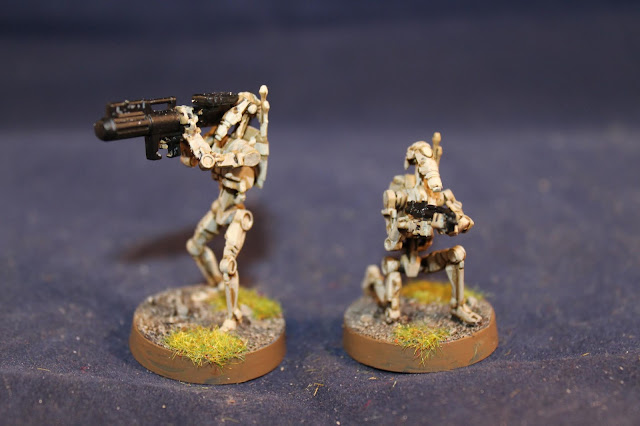 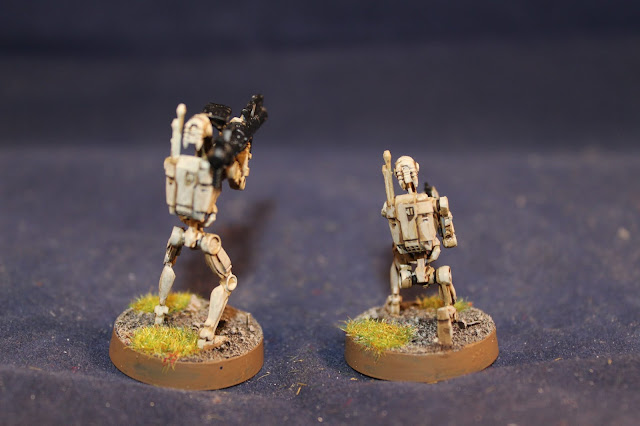 I chose not to add any markings other than the leader droid as this was the way they appeared in the first two films. The colour scheme is quite time consuming but effective in my opinion, I also chose to do the bases different to my Imperial Assault models, to define which models are for which system, and this is how my other boards are done.