Needing a break from painting tan and white, I decided to clear one of my Dark Eldar models, so I painted up my Voidraven Bomber. I've had this model since it's release, but never really had the enthusiasm to paint it due to the style was too Eldar like for my taste. I prefer the original style models as they don't look like spikey Eldar versions, If I had managed to get the Forgeworld version, I would have not bothered with this one at all, but unfortunately left it too late and it had been removed from sale. 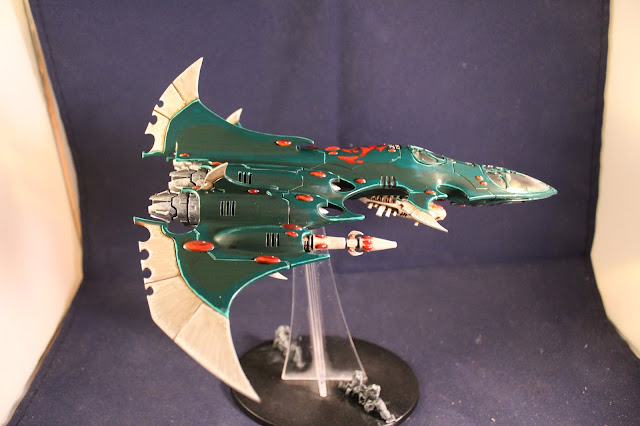 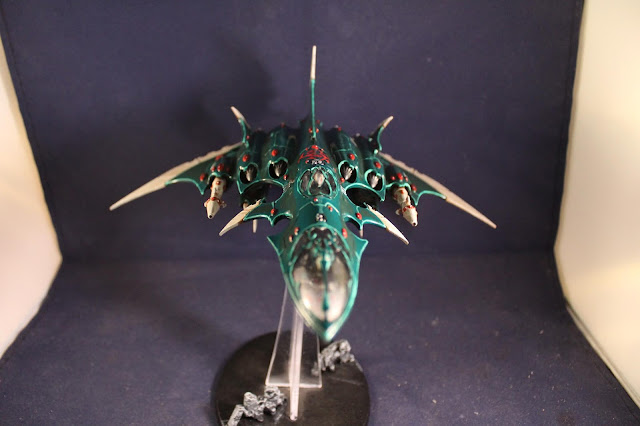 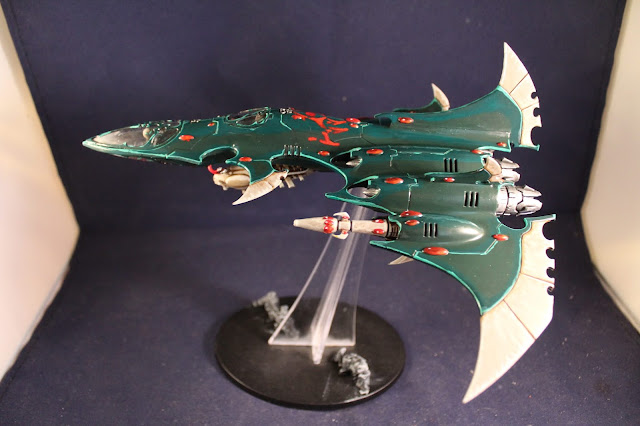 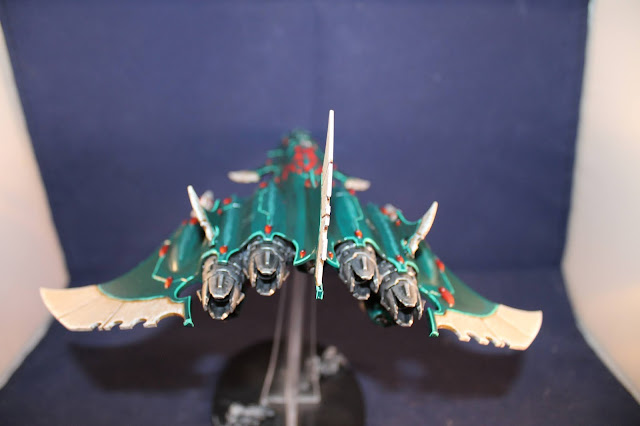 I've kept the style in line with my Kabal army, as my two Forgeworld fighters were done in this scheme, as it was only stated in the second edition that the pilots were from the Wych cults, so not in my army ! LOL 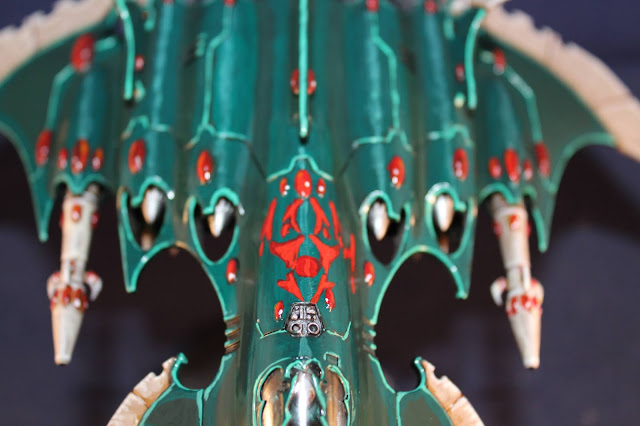 I've painted the Kabal logo on the top as well, the Kabal of the bloodied claw. 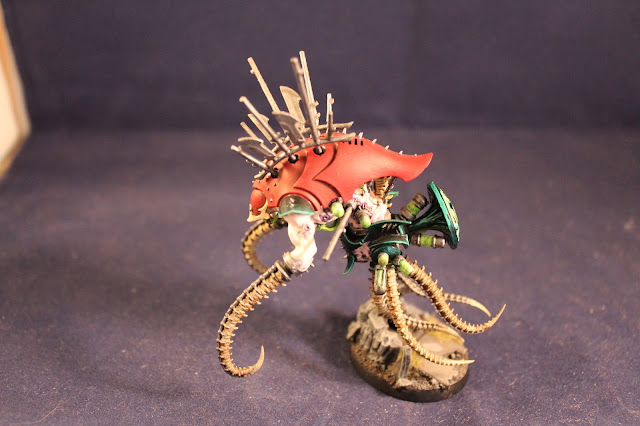 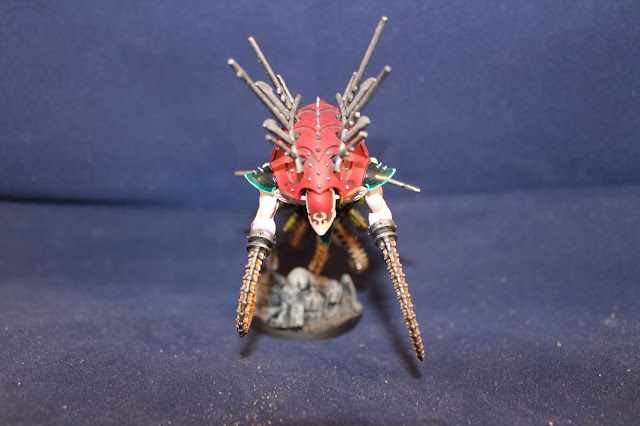 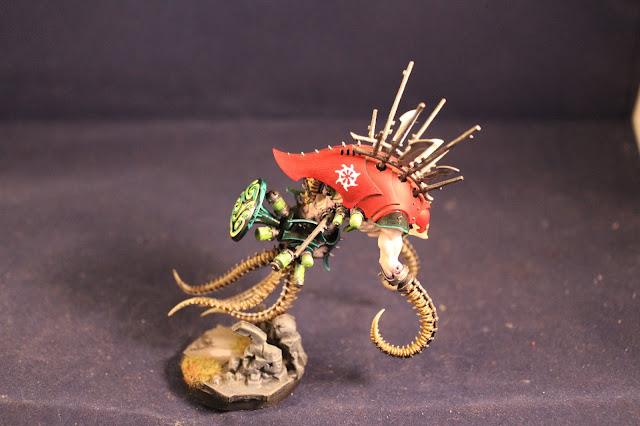 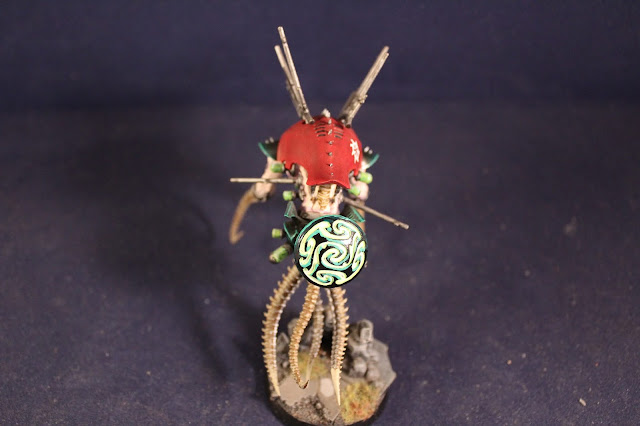 While I had the paints mixed up I also finished off my Cronos Parasite Engine, all my Talos models are the original model, as I wasn't just replacing them because a new model had been brought out, but the Parasite Engine wasn't in the original list so could warrant this addition. The colour scheme ties into my Court of Pain flesh cult. All three of my armies use the same set of colours just in different ways so they tie together but each stand out from each other.

Right back to painting tan and white, so until next time stay safe and have fun !