Phil over at dizbustersge had suggested doing a model in memory of Bryan Scott who passed back in March, had hoped he'd just been quiet while recuperating, but Phil confirmed my worst fears and suggested we dedicate a model to him during Zomtober as a tribute.

Roger last night came up with the idea of a-vamp-for-vampifan as he had a passion for Vampirella, which I thought was a great idea.

I already had a vampire that I started many years ago, which was a gift from a friend, and I believe it was a Reaper model produced in metal. Now I don't have an undead force of any kind so thought I would make it into a little vignette of a vampire rising from the grave. 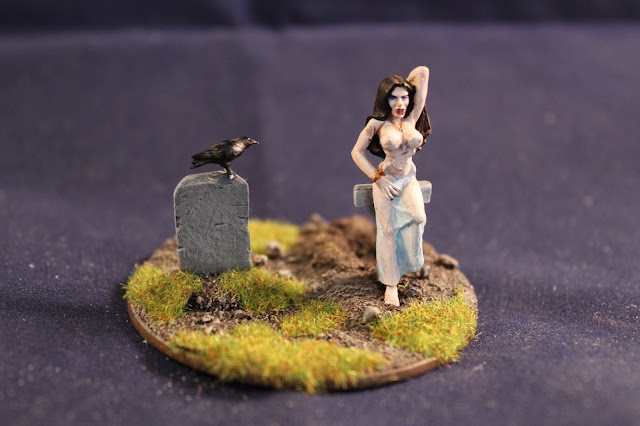 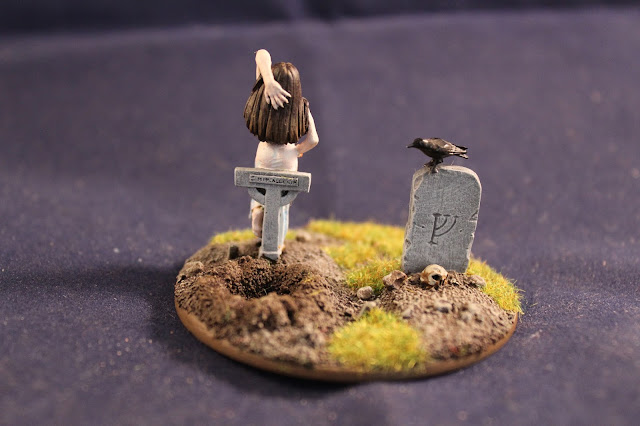 As you can see above I added a couple of graves to the base, to add to the feel and an area to look like something had emerged from the grave. This was my first attempt at sheer clothing and was inspired by the art of Chris Achilleos, who is one of my favourite artists. 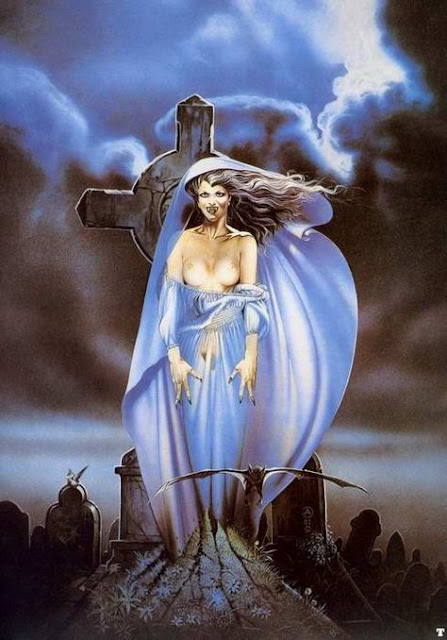 Email ThisBlogThis!Share to TwitterShare to FacebookShare to Pinterest
Labels: Undead