Last month and this one Ann has been running a model of magnitude challenge on her blog annwycoff and I had hoped to finish my second dragon I'd sculpted for MDP but can't find it's base at the moment so it will have to wait longer, so instead I've painted up this Succubus model that's been sat for a while. Now obviously it's not the sort of model I would normally buy as the body has been overly exaggerated with tiny waist and enlarged bum and chest, but it was a surprise from my wife and children on one of our visits to Medieval Times in Florida, the children choose it as they thought I'd like the bat wings, and so it has sat collecting dust until now. 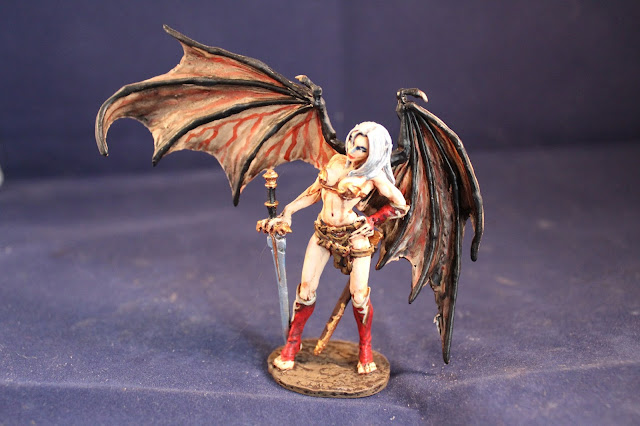 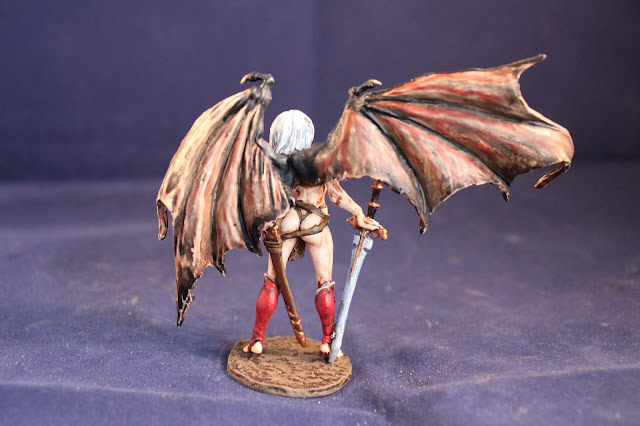 I would have liked to bent the end of the left wing up, but it's cast in pewter so that wasn't an option, I've used glazes and several other techniques to get it finished, and was pleased with the overall effect.
The challenge was to be at least Ogre sized or above, the model is 70 mm tall from toe to top of head, so should count.
That's all for this post so until next time and more warriors, stay safe and have fun !
Cheers Dave
Posted by Dave Stone at 03:48