TOTALLY NOT A ZOMBIE

So it's the start of the challenge Zomtober/Apocalypse Me and I got distracted finishing another piece for my Dark Eldar army. I was taking stock of what was left to do, and realised I needed one model to finish the Court of the Archon. Rather than another one of the three I already had I decided to add a Sslyth, this is what 40K has to say about them :

The Sslyth are a sentient xenos race of reptilian creatures with a snake-like lower body and vaguely humanoid torso, though they sport multiple arms and a head more serpentine than human.

As true Drukhari make rather dubious bodyguards due to their treacherous nature, instead, Archons employ these more reliable alien mercenaries.

Of all the species to haunt Commorragh's satellite realms, most Dark Eldar Archons have found the Sslyth to be the most reliable -- and survivable -- bodyguard species available for hire.

These four-armed, serpentine monstrosities hail from a world long lost to the caress of She Who Thirsts, yet their short-sighted and self-indulgent nature makes them safe enough for the Drukhari to exploit.

All but inured to physical pain, and happy to be paid in slaves and sensory gratification, these alien warriors make excellent, if dull-witted bodyguards. (I remembered Matt ! LOL)

Now GW did produce a model for this but it is no longer available, you can find them on Ebay, but they've gone up a lot in price, but I hadn't bought one when they were available for two reasons 1 it's produced in Finecast, which I'm not a fan of, and 2 I didn't like how the second set of arms were so close to the first set, which would make it hard for the creature to move both sets of arms ! So I decided Friday night I would build my own, and below is what I came up with, I've also included a picture of GW's for reference. 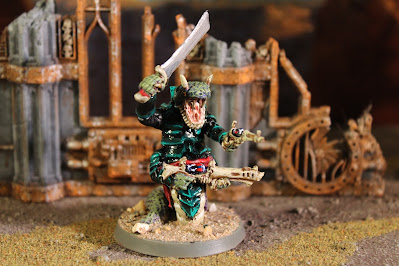 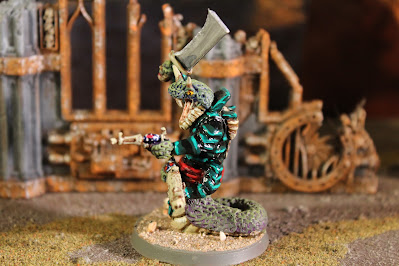 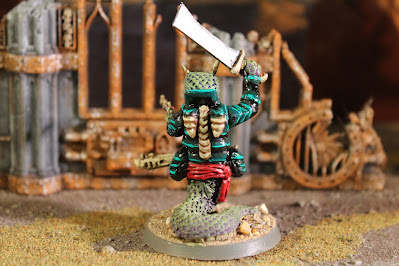 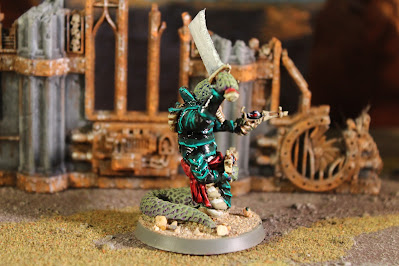 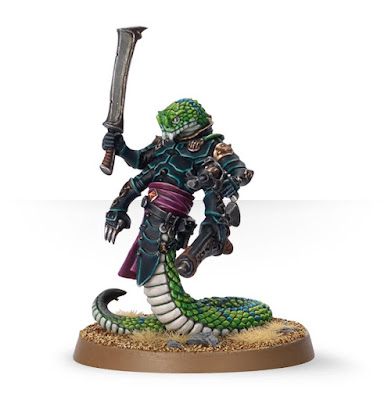 Now I've got this distraction out of the way, I really need to get on with my challenge entries, so until next time stay safe and have fun !