Yes I got distracted again finishing off another piece for my Dark Eldar, this time it's a vehicle of my creation. In the first codex there was a scenario for a Slave Raid, cool idea I thought, but the vehicles are not big enough to put slaves on I thought, so why not make a Slave Raider, big enough to carry the troops, and also a place to keep the slaves. It ended up so big that I had space for more weapons on the prow ! LOL Some may say it's now a Ravager, so in game terms you could claim it's a raider, and only use one Dark Lance, and have the transport facility, or claim it was a ravager and drop the transport element, or as I will be using it at home, have all the elements and pay the extra points for it. I have included parts from the newer kits, to help finish it off, like chain snares, for trapping slaves, and some of the trophies as well. 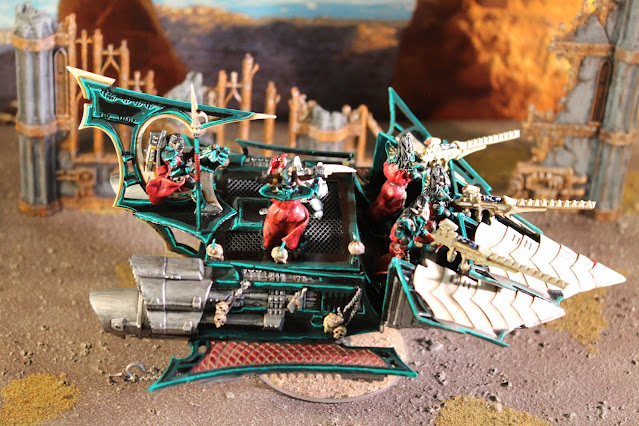 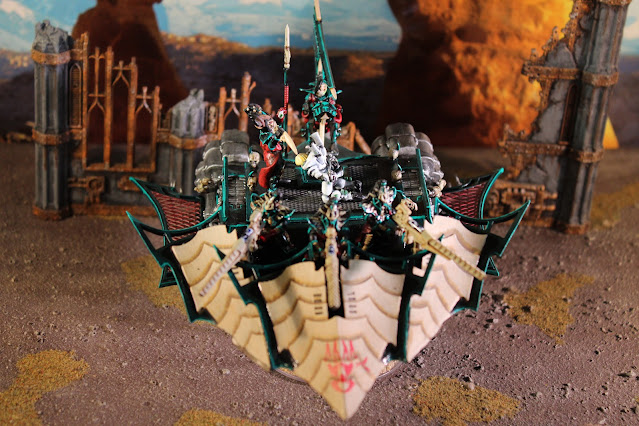 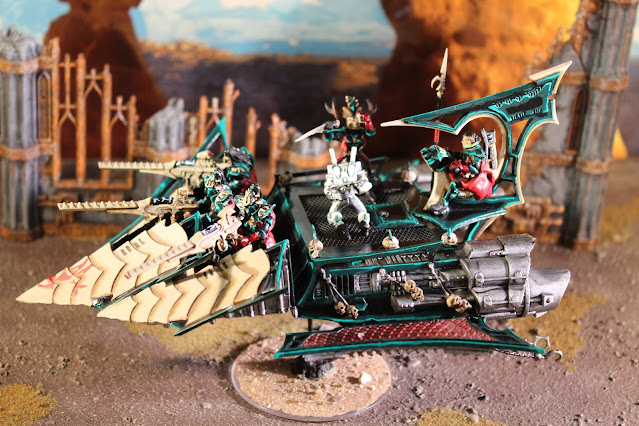 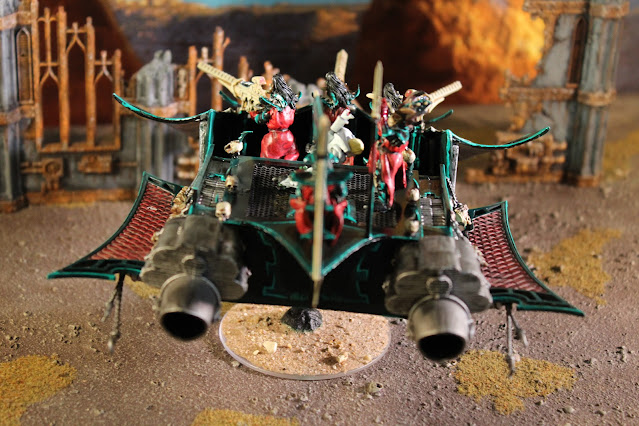 It was made with the old Raider kit, and some plasticard, and a little bit of mesh, so you can see what the slaves are up to. I also included a slave master as seen here taking a spirit stone from an Eldar captive. 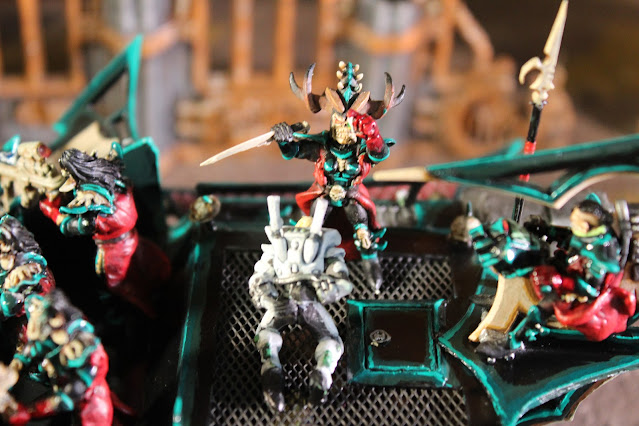 Inside the cell I used the slaves from Asdrubael Vect's raider, but these were the GW head office version which had less clothing, and were never made available to buy. 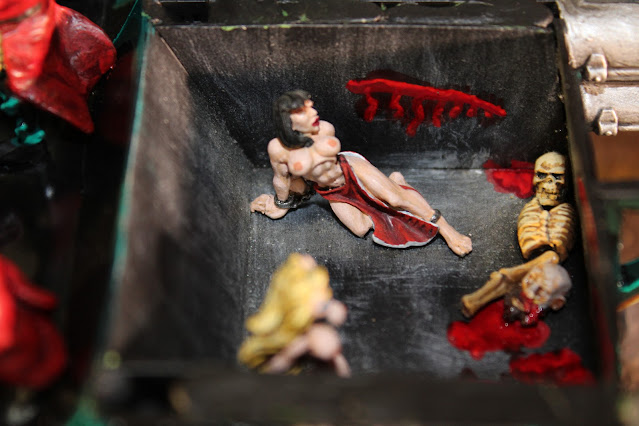 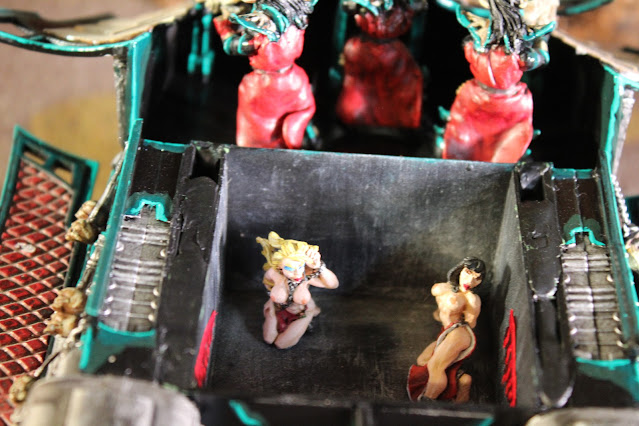 This now solves the problem of what my Trueborn will ride on, when they are finished, now back to painting Zombies, so until next time stay safe and have fun !