THERE ARE MANY ADJUSTMENTS TO BE MADE

Managed to get another vehicle finished for the SOS challenge, and this time it's the Blade Wing Prototype. The first time this vehicle was seen was the film " Return of the Jedi" back then it was referred to as the B-Wing, and was part of the rebel armada that destroyed the second Death Star. The next time it was seen was in the series "Star Wars Rebels" where we got to see the prototype version on it's maiden voyage piloted by Hera Syndulla. 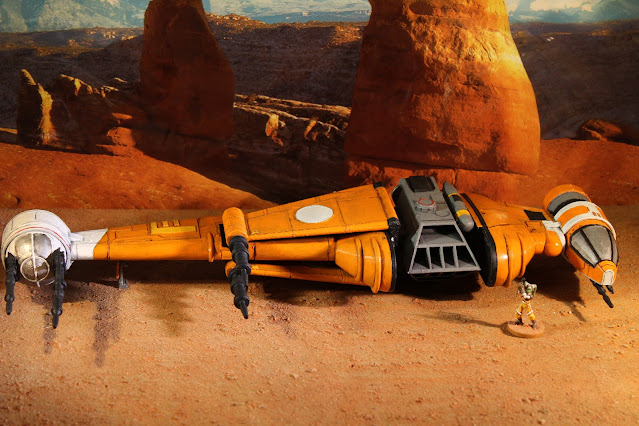 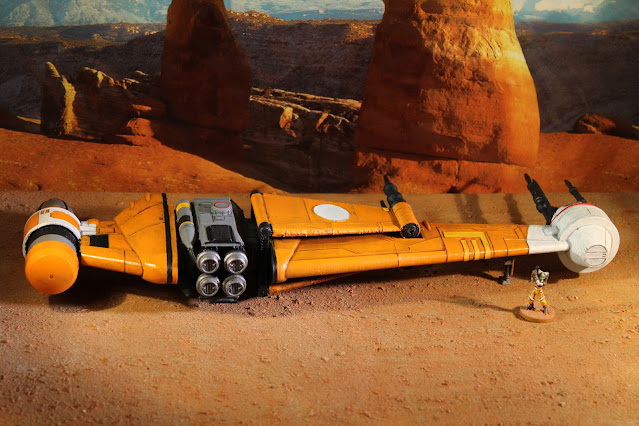 I went for the prototype colour scheme for several reasons, the model was based on that version, and I got to paint a ship in something other than grey or white, I've left off my normal weathering, as it's a ship that hasn't seen much action. Below is the reference picture of the Prototype, and below that is the original version seen in ROTJ. 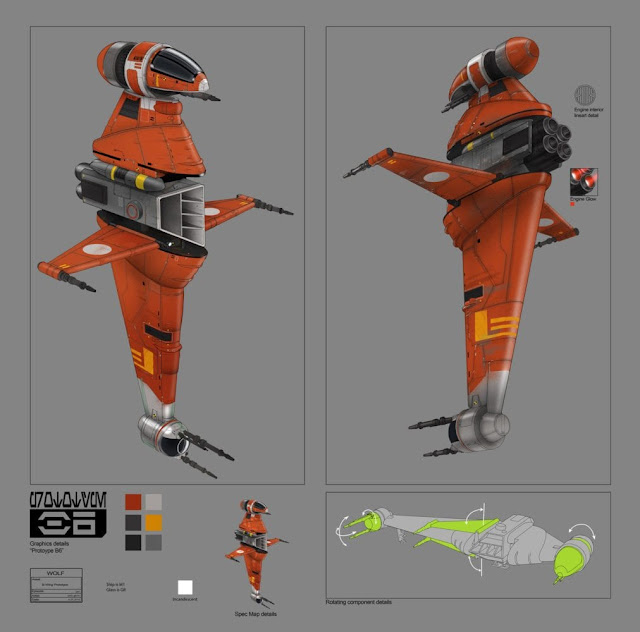 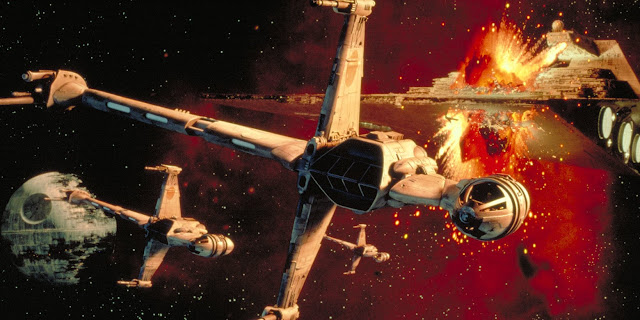 We have now passed the half way point on the challenge, and there has been some outstanding entries already, we still have almost four weeks left, so you still have time if you want to join in. So that's all for this post, so until next time stay safe and have fun !