For this post I have two very different models, from two different sources, but as the title suggests, it's all about balance. The first model is one I've made based off a creature I saw in the series "The Book of Boba Fett" it's called a sand bat this is what Wookiepedia has to say about it :

The sand bat was an animal native to the desert planet of Tatooine. The Tusken Raiders used its venom as a weapon to kill Krayt dragons during rites of passage.[1] The species crowed at sunrise.[2]

Made with greenstuff, wire frame, and the wings are acetate to keep them thin, painting I've tried to match the reference picture below. 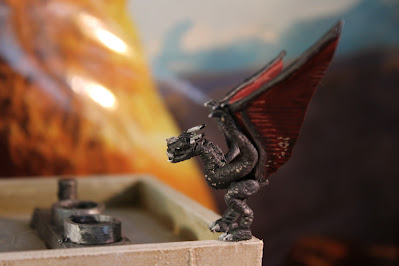 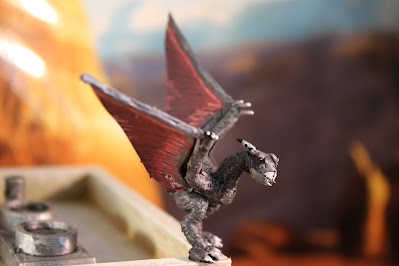 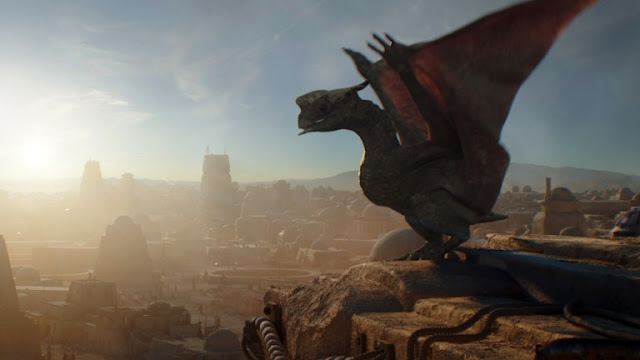 When I first saw it and listened to it crow, it reminded me of the 1981 film "Caveman" starring Ringo Starr, in the movie every so often you'd see a dinosaur and it would either crow, or howl like a coyote ! LOL

The next model is an old 1980's model by GW which was sold as a Chaos Demon, this was back before they had come up with the different factions, so all the demons were generic, but I still get a very Slaaneesh feel about it, and used this as a basis for one of the gibbering hoard, I have no idea what to use it as yet, could be another spawn model, or a demonette herald. 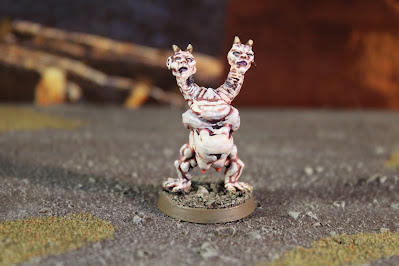 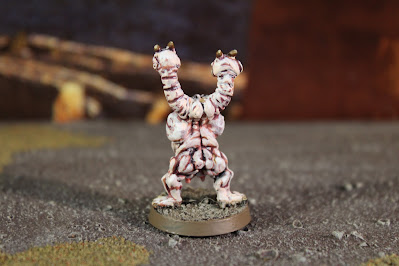 I'll have to wait for Keith's adjudication if they both count towards my Monster May(hem) total. When I recently visited my local GW to pick up some paint, the manager made a comment that I didn't do their hobby anymore, now as you've seen recently, I still work on 40K armies, but do I follow GW's throw away what you've got and get this new shiney model instead, then I guess no I don't and I'm good with that, and I'm happy with what I do.