As May will be mostly Monster May(hem) I wanted to get what I had got completed for the Lost and the Damned army list posted up, now GW way of doing traitor guard seems to be add spikes to it, as was evident with the Blackstone Fortress game that was released and can be seen below. 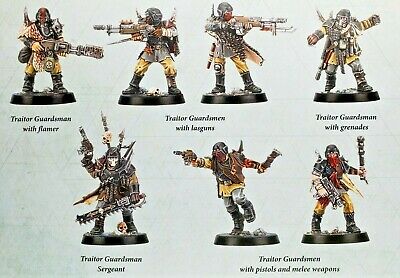 I wanted to go a different route for my traitor guard, so I present my Chem Dogs, the thought behind these was that they would pollute the water supplies of an area with mind bending toxins, so the population could later be harvested to create new elixirs for the followers of Slannesh. The unit is a full squad of 15 as the codex required this if it was one of the compulsory units. 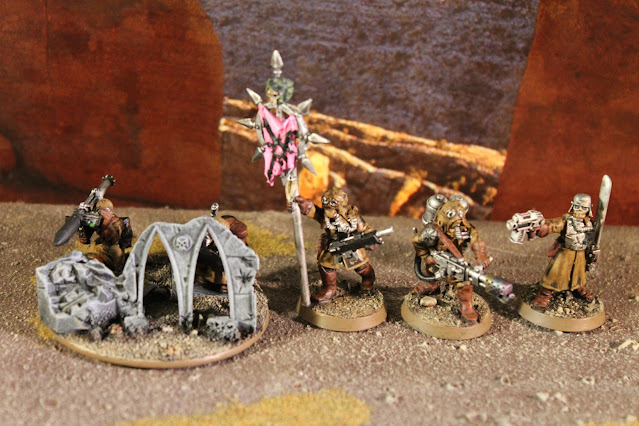 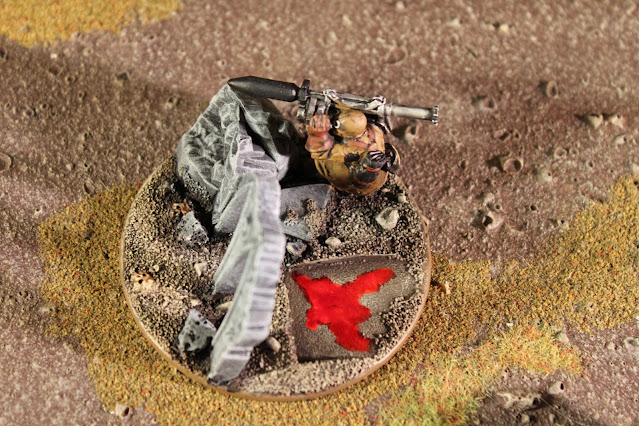 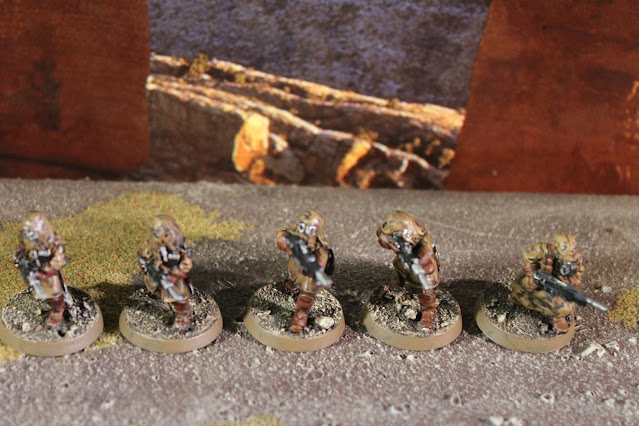 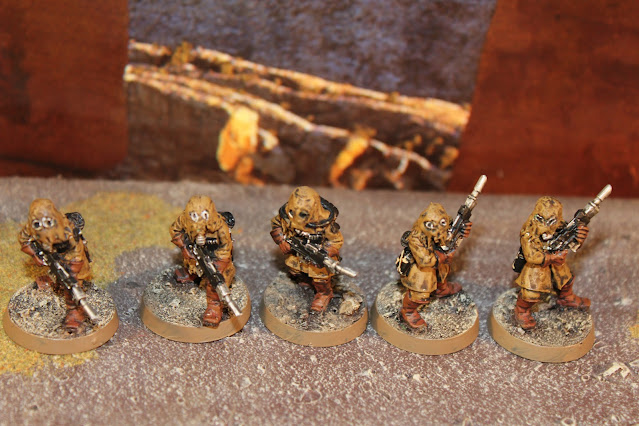 As you can see above I started with the Steel Legion models and then modified the heads to look like rough hoods or shrouds, originally I was going to do all the same hood as seen on the missile launcher crew but decided this would be too uniform for Chaos. You will also see that the missile launcher crew has a causality marker built in. All of these models have been painted since the HQ post of this army and 13 of them had to be converted first before painting.

I've also based the two squads of Cultists I have as well, now the list doesn't have an entry for cultists, but these could easily be taken as more Traitor Guard units, as can you really have enough guard models. 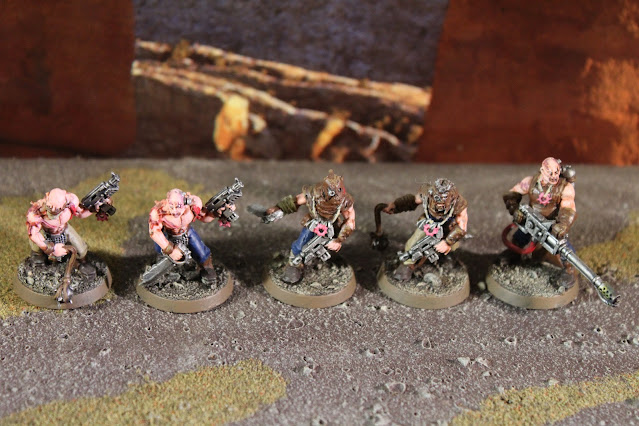 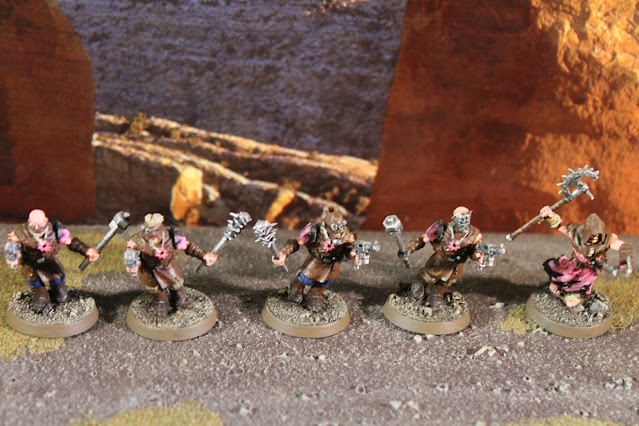 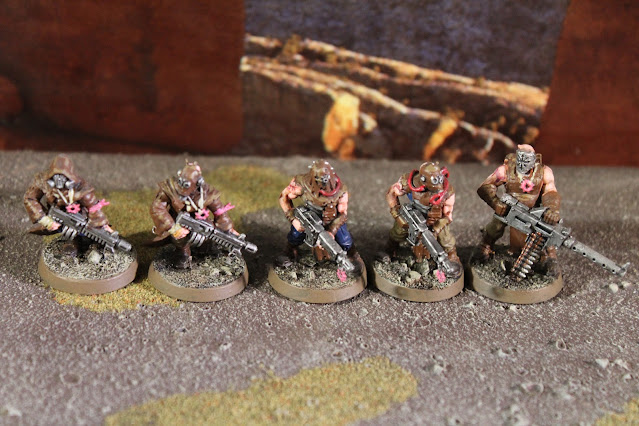 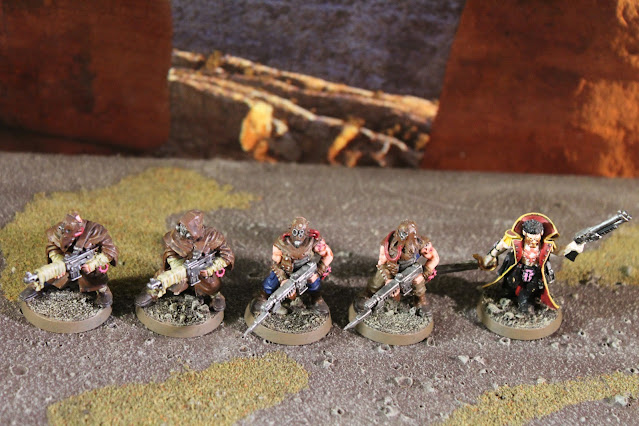 I only have one unit left to finish for this army a squad of 30 mutants, but these will have to wait until later, as I want to concentrate on Monster May(hem) which I should hopefully have the first post up on May the 4 th, so until then stay safe and have fun !