Two more models for Monster May(hem) today, the first is a Blurrg, this is what Wookieepedia says :

A blurrg (plural: blurrg or blurrgs) was a non-sentient, two-legged reptilian beast of burden found throughout the galaxy. Blurrgs were notably used by the Twi'lek Resistance and Free Ryloth Movement during the Clone Wars and the Imperial Era. They were also corralled by the moisture farmer Kuiil on Arvala-7.

These creatures have been around for a while, their first appearance was in the Ewok movie "Battle for Endor", then they appeared in the animated series "The Clone Wars", and "Rebels", then more recently in "The Mandolorian" , I have included reference pictures underneath the model from the 3 sources. 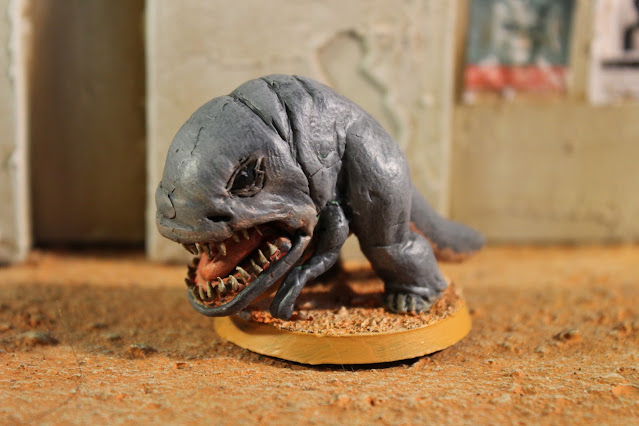 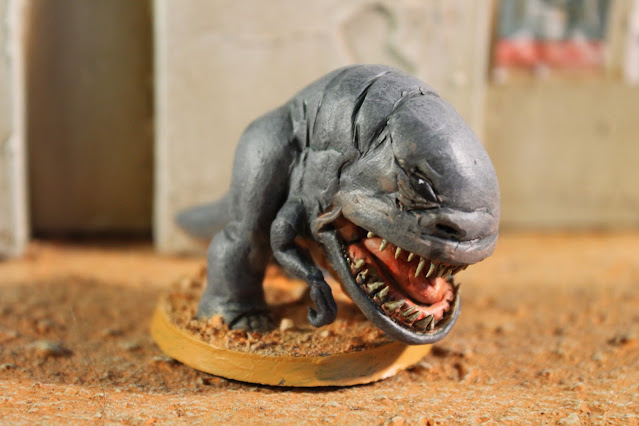 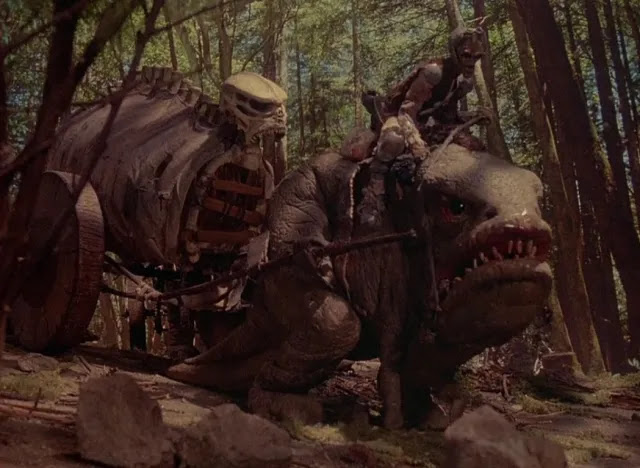 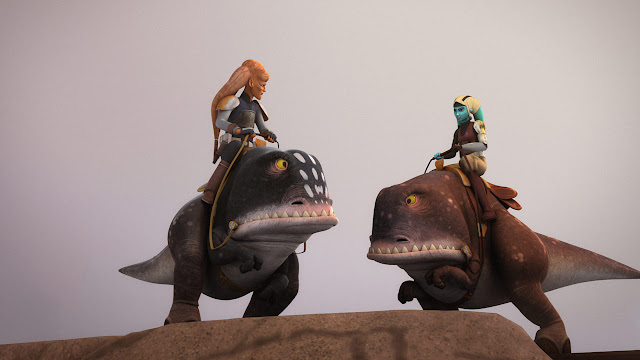 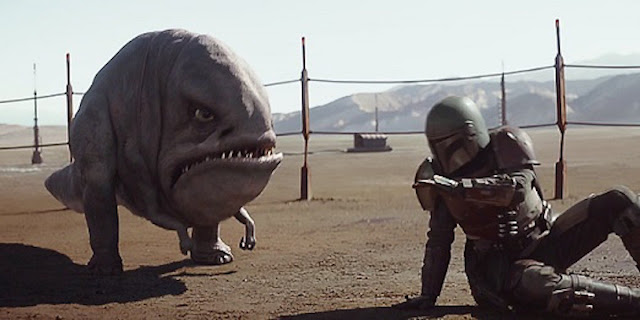 Next is Zero the Hutt, who was the uncle of Jabba the Hutt, here is what Wookieepedia says :

Ziro Desilijic Tiure, also known as Ziro the Hutt, was a Hutt male crime lord who, with the title of Master of the Hutt Clan, controlled seven star systems in the name of the Hutt Clan during the decline of the Galactic Republic. A native of the planet Sleheyron, Ziro eventually left Hutt Space in favor of the galaxy's Core Worlds and established his residence on Coruscant, the galactic capital of the Republic. In addition to his father and mother, Ziro's family included his son Hiro and Jabba Desilijic Tiure, his nephew who fathered the Huttlet heir Rotta. Gorga Desilijic Aarrpo was another influential relative of Ziro, serving as a member of the Grand Hutt Council.

In the year 22 BBY, Ziro formed a secret pact with Count Dooku—the leader of the Confederacy of Independent Systems—during the early days of the Clone Wars. With the help of the Separatists, Ziro had his great-nephew Rotta abducted and taken to a B'omarr monastery on the distant world of Teth. Knowing the Jedi Order would send their own to rescue the Huttlet, Ziro hoped that the deaths of Rotta's would-be Jedi saviors would lead to a conflict between Jabba and the Republic. With Jabba removed from power, Ziro would be in a position to seize control of their clan.

Ziro's role in the conspiracy was discovered by Senator Padmé Amidala, who confronted the gangster in his nightclub on Coruscant during the mission to rescue Rotta. With Rotta safely returned to his father on Tatooine, Ziro was taken into custody by the Coruscant Guard. However, as the war progressed, the Grand Hutt Council regarded Ziro as too dangerous to be left in a Republic prison, given his knowledge of their inner workings. As a result, the Hutts recruited the bounty hunter Cad Bane, who freed Ziro and turned him over to the Hutt Council. Although Ziro escaped the Hutts as well, he was ultimately murdered in 21 BBY by the Pa'lowick singer Sy Snootles, Ziro's one-time lover whom Jabba hired to kill his uncle and retrieve the Hutt Council records.

He appeared in both the animated Clone Wars film and series, I don't know how I'll use him in a game, but it was just one of those characters I just had to have. 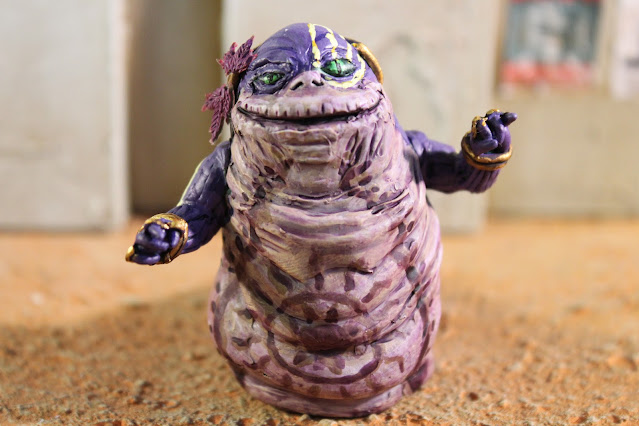 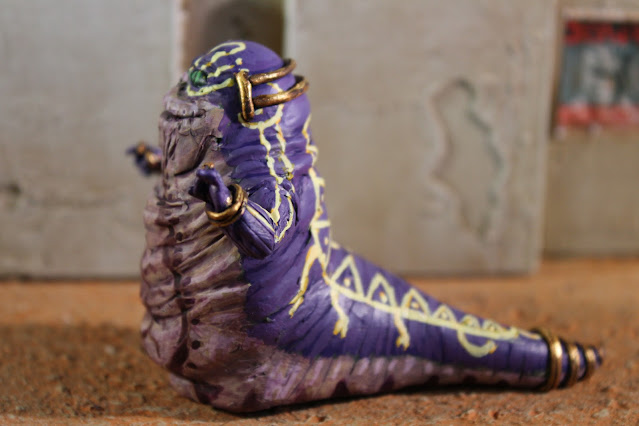 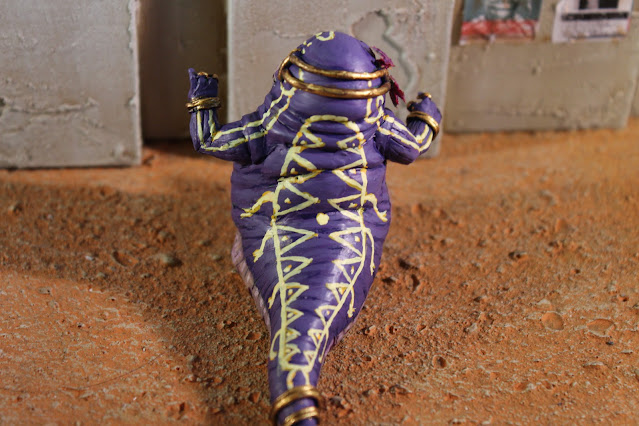 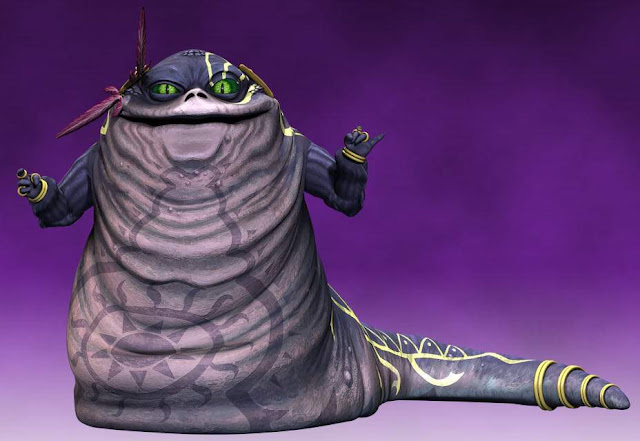 Still got 1 more model I'm working on for the challenge, let's see if I can get it done in time, so until next time stay safe and have fun !