THE WEEK THAT WASN'T !

Since finishing Jabba's palace, my health decided to give me a real beating, but not to let it win I decided to finish a model that would still count for the Season of Scenery but has been sat around for far too long. 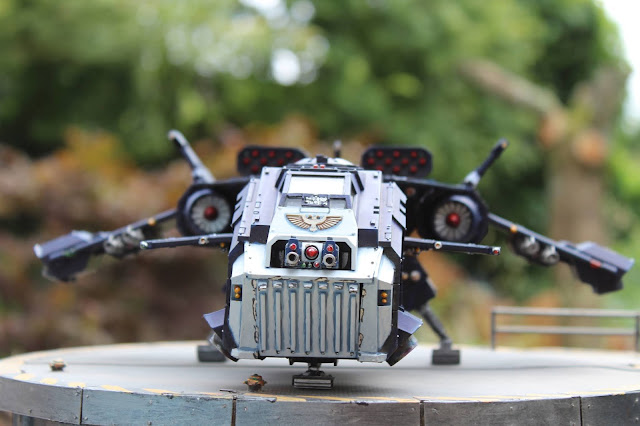 I actually started painting it earlier in the year for one of Ann's challenges, until I ran out of paint half way through, I had ordered the paints straight away but took over a month to arrive, and by then I was working away on lots of Star Wars stuff for other challenges. 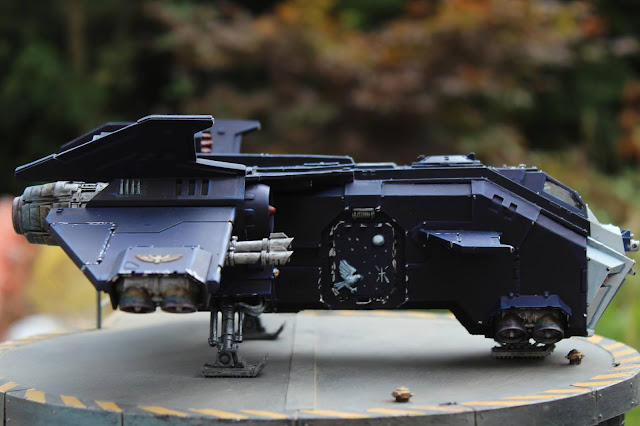 Of all the models I've ever bought from Forgeworld, this was the worst in quality, as ever panel was bent or twisted and had to be straightened with heat before putting together. The model design itself I thought was brilliant and turned the ugly duckling that is the Storm Raven, into the super sleek and aggressive looking Storm Eagle. Normally I have thee legs retracted and mount the flyer on a flying stand, but for once I thought it would be cool to have the legs out so I can use my landing platform. Painting wise I've stuck with my normal colour scheme for my Space Marine chapter. 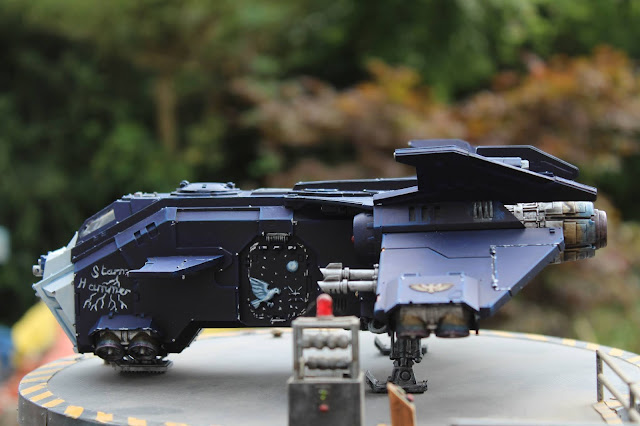 I've kept with Iain's advice and made it look individual with chipping and named the craft in a similar fashion to pilots during WW2. I've also added heat bloom on all the engines. Normally I put the chapter symbol on the tail fin, but as these were aa lot smaller, and not very flat I went with the symbol on the side doors, and sculpted the hawk and moon before painting. 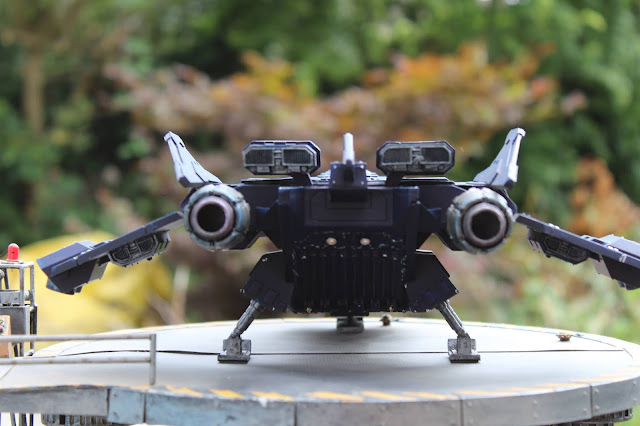 Hoping this week my health levels back out and can get back on with creating some scenery from scratch, so until next time stay safe and have fun !