THIS ONES FOR YOU !

While I was building Jabba's throne room, several other bloggers were mentioning other rooms in his palace, and wondering if I would be tackling those as well, for once I can't blame Roger, but Ivor, Dai, and Jeff instead. Now saying that this would be like pouring petrol on a fire would probably be an understatement ! LOL

So which of these areas to do first, well I've gone with the Rancor pit, as it directly effects the throne room. It's been carve out of the heavy duty insulation foam, which gives a great rock texture. 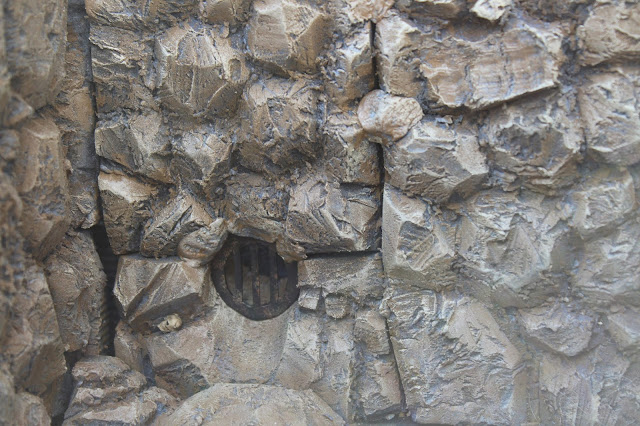 So far I've been working on the area the victims are dropped into, and have got the basic wall structure done, and the textured rock faces. I used the colour of the foam, as the base colour, so only had to do a wet brush of brown, and a dry brush of bone to get the areas painted 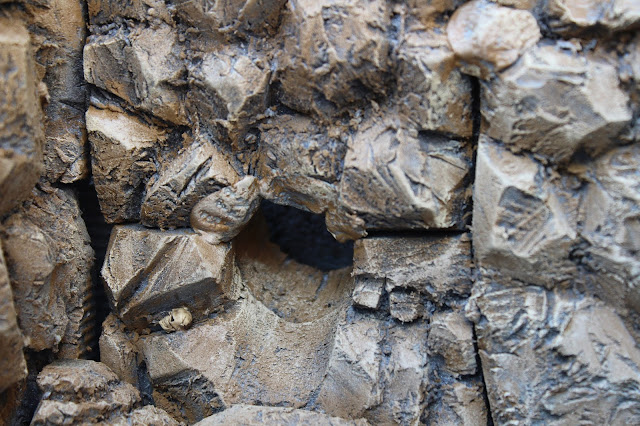 I've also got a sliding shutter done for the trap door entrance, and included a skull that I found was sitting in one of the fissures of the rocks.

I'm currently working on the big door and the Rancor enclosure, and I hope to get everything finished before the end of the challenge.

One of the things I did get to do on the bad week was catch up on some watching of series, and got through three seasons of Mayans, it's a spin off series from Sons of Anarchy, which is all about outlaw bikers or the 1% and covers some very topical agendas that was going on in the US at the time.

I also sat through two seasons of Scream Queens, now I started to watch it as it starred the excellent Jamie Lee Curtis, but I found it was a poor rip off  of many of the 80's style slasher movies, and the main difference was in the originals there were characters you wanted to see survive, the main characters in this series are so obnoxious I found myself actually hoping the killer would knock them off sooner rather than later, but they have so far managed to avoid that for two series. So why am I sharing this, because I thought I would save anyone who hasn't seen it the time of sitting through it ! LOL