STRIKE UP THE BAND

Yes I have indeed finished Jabba's throne room ! Felt like I'd never see the end of this project at some points, but got there in the end. 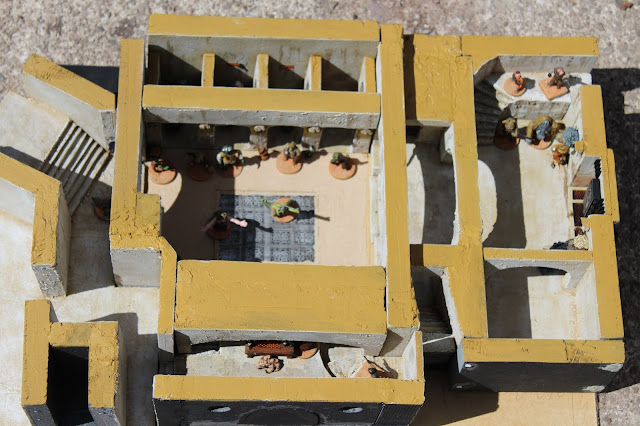 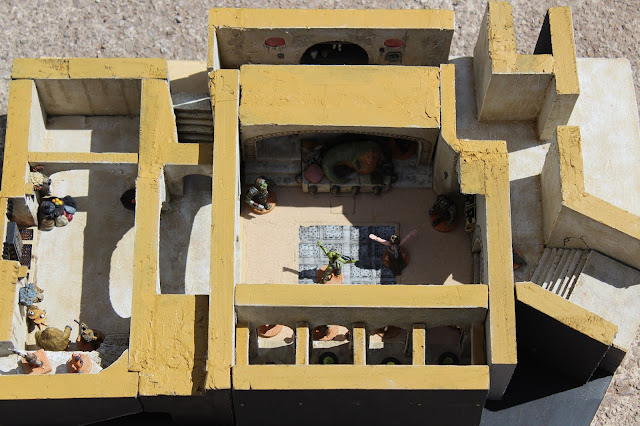 Above are a couple of shots of the whole set up with all the sections sat in place. 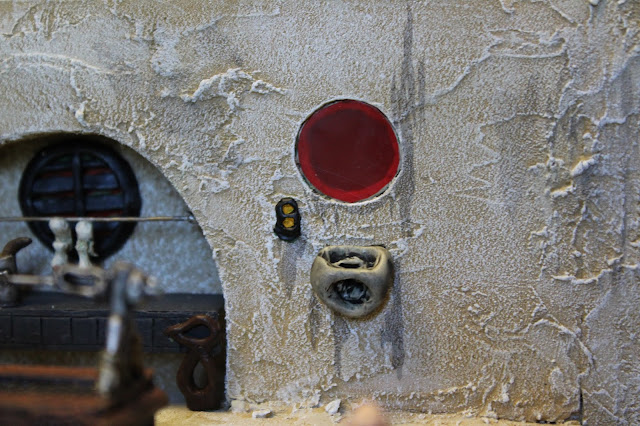 Last time I mentioned there were a few details needed around Jabba's dais the first one was this weird vent on the wall at the back, after watching the scene for far too many times I spotted this bit, and thought I better add it for completeness. 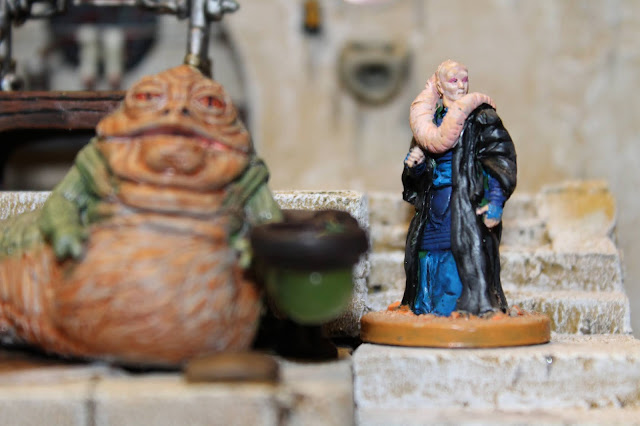 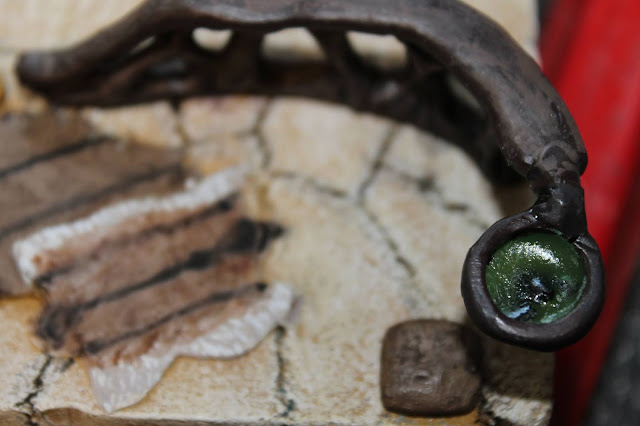 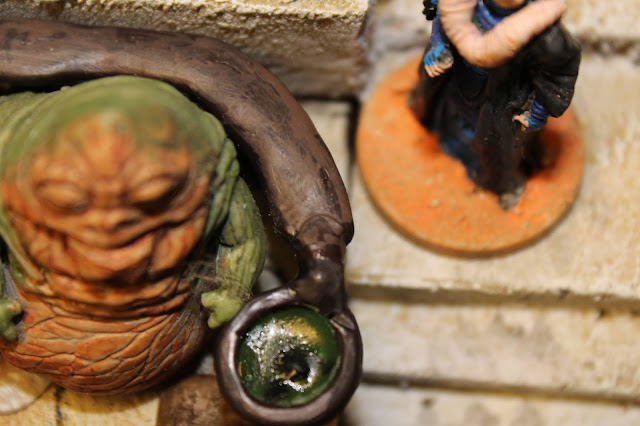 Another piece I needed was Jabba's frog snack bowl, to make this I made a template out of greenstuff and plastic rod, then took a instant mould of it, I also made a frog to fit in the bowl, then I poured some translucent green resin into the bowl with the frog in it. once I fitted the securing ring and painted that bit. I coated the resin bowl with gloss varnish to give it a suitable shine. 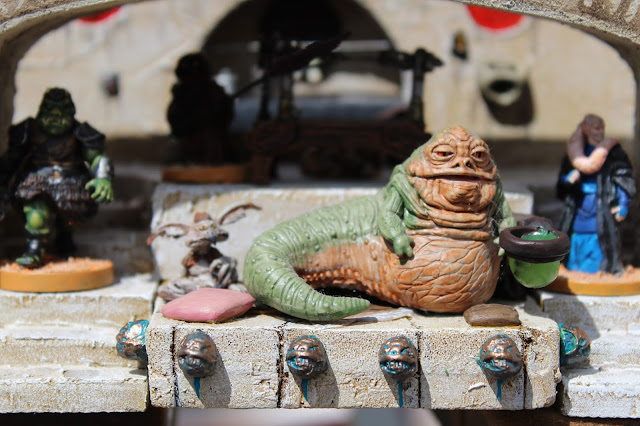 The last bit needed was the gargoyles on the front of the dais I made one from greenstuff, then took an instant mould and pressed out the rest. 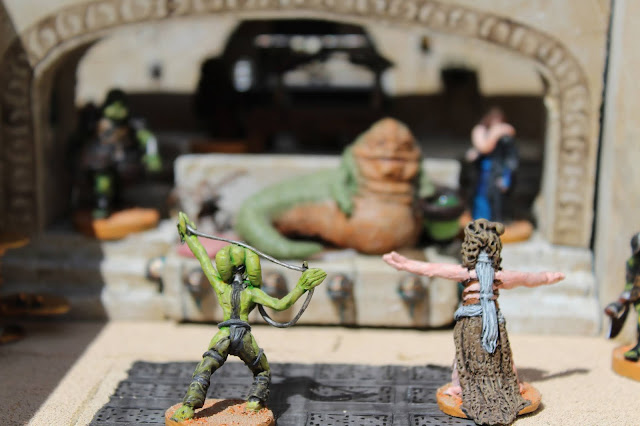 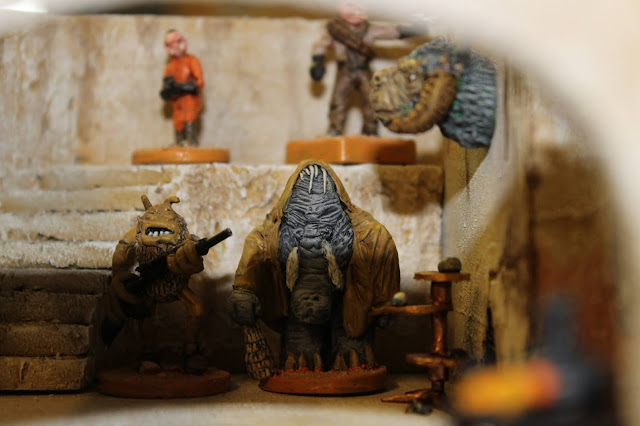 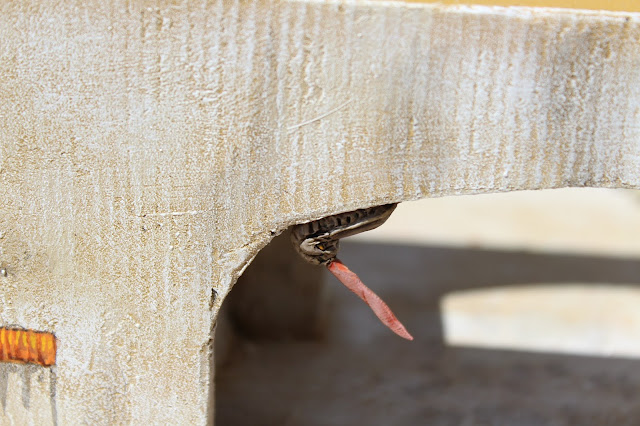 Above are a couple more scenic shots with figures in place, including one of the creatures I made for Monster May(hem) this year.

Don't know what I'll work on next, so it will be a surprise for you and me alike ! LOL So until next time stay safe and have fun !