Since the last post I managed to finish some of the bits needed for the throne room. 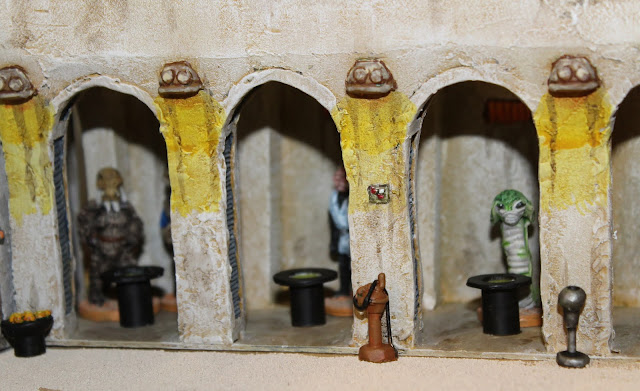 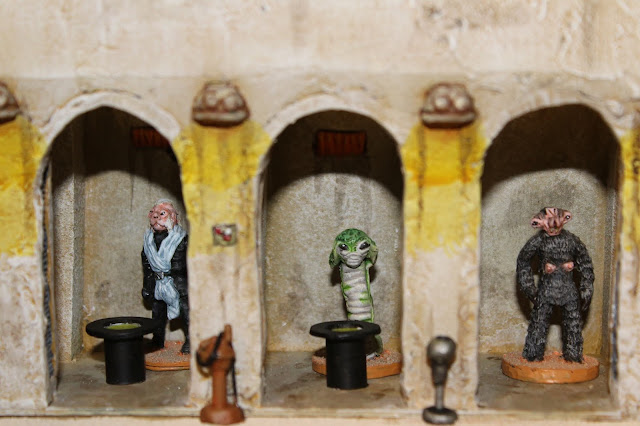 First up was the tables and bits to decorate around the alcoves, now in the film they have seats and cushions in this area, I've left them out so you can fit models in there, as seen in the above pictures. 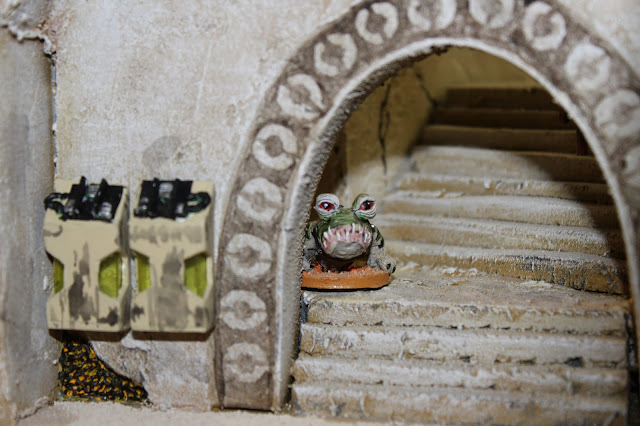 I've also made the two control panels that fit to the wall next to the entrance way, I've used yellow acetate for the lit sections so if at a later date I want to add in some lighting I can, I also did this with the tables above. 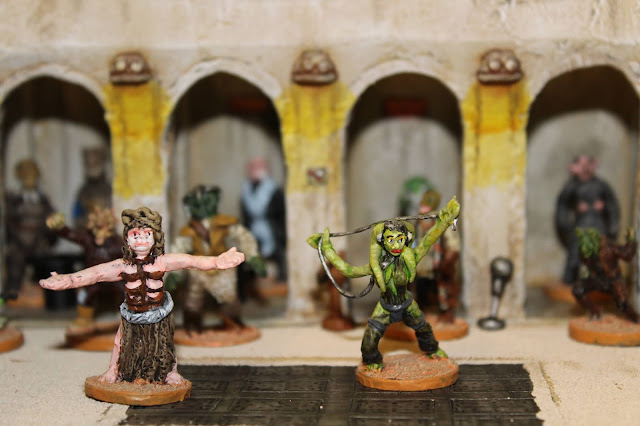 I've also done the floor in the centre of all the sections and Rancor cover, I used fine ballast on the floor, and the pit cover was made from a piece of plasticard which I etched the panel lines in, after several failed attempts at making the holes in the panels, I decided to paint them on instead, this means it's actually a flat surface that the models sit on easily as seen above.

All I've got left to do now is some details around Jabba's dais and then I should be finished on this piece. So until next time stay safe and have fun !