Managed to finish one last unit for the challenge, a unit of Hellion Skyboarders. This unit is all made from standard GW plastic kits, which has a wide selection of heads and arms to give plenty of variation, the only conversion work I had to do was to make some of the torsos female, as other than Wracks and Grotesques my whole army is female. 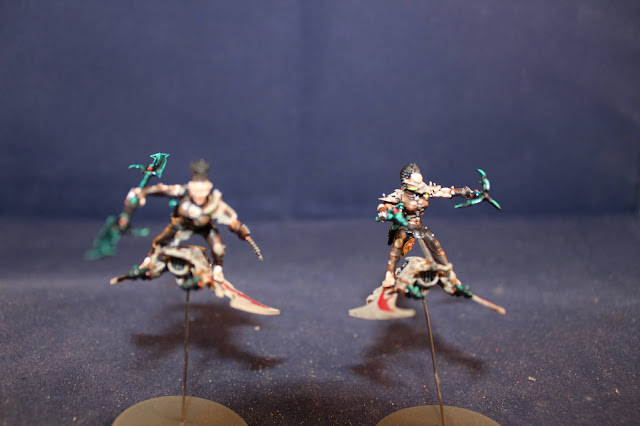 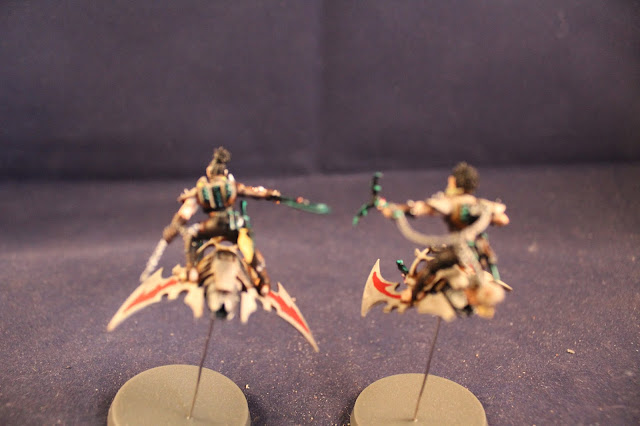 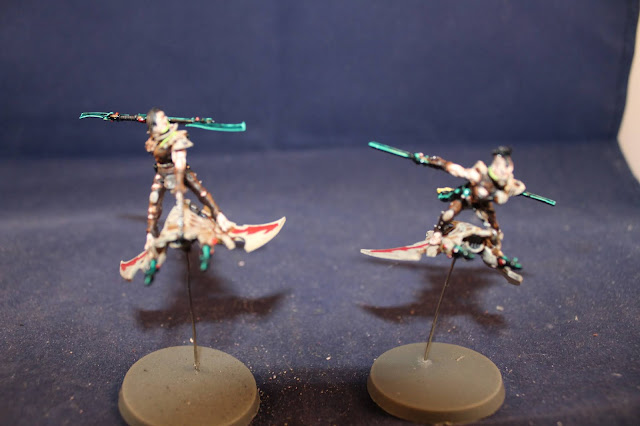 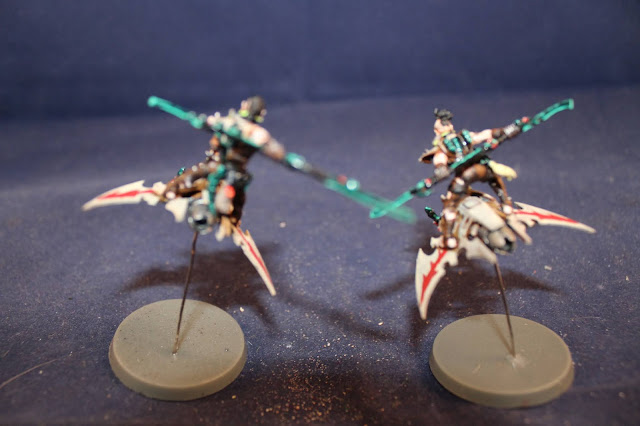 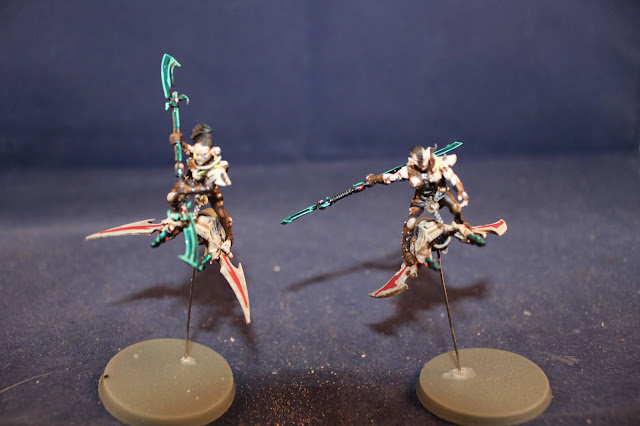 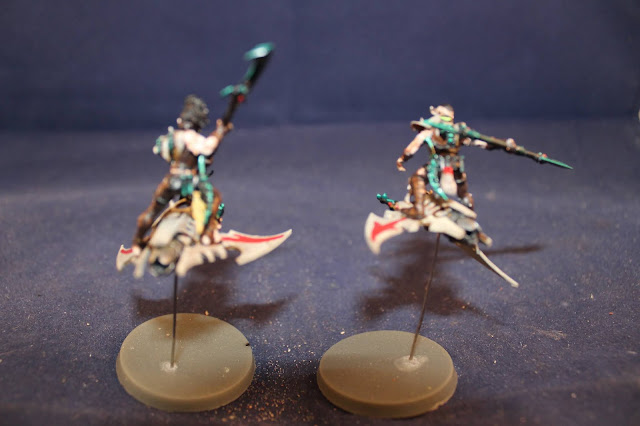 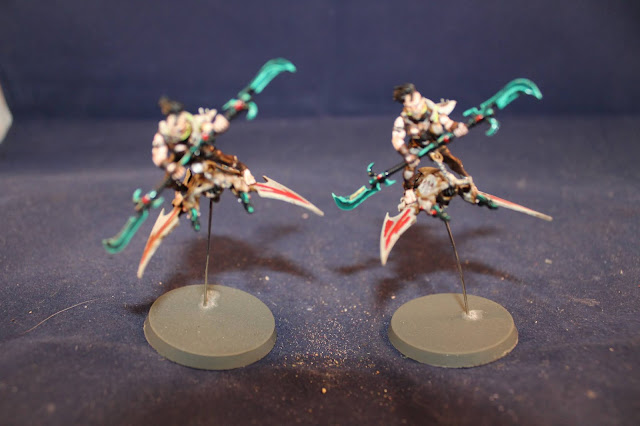 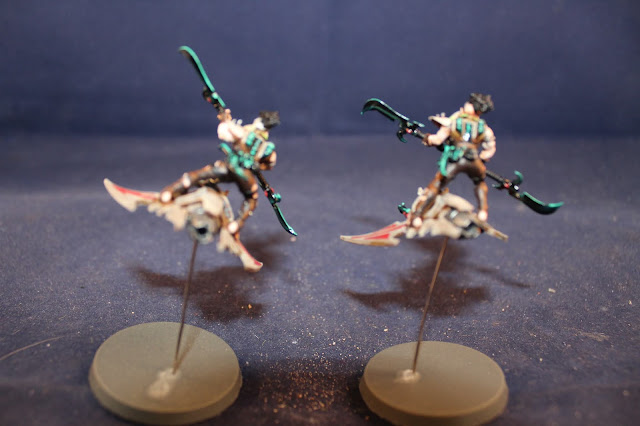 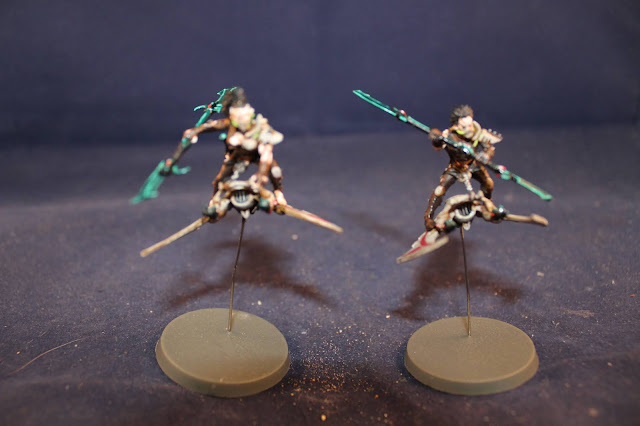 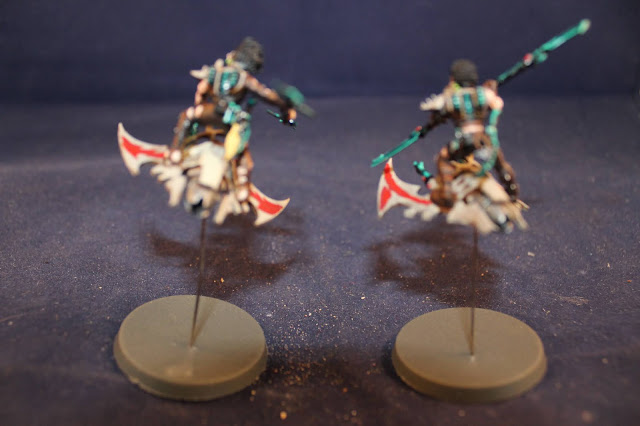 Originally the Hellions were part of the Wych Cult in the first edition rules, but by second edition they had become a separate cult. I wanted to keep a link to the Wyches so used a similar colour scheme, I changed the colour of the undersuit to a dark brown rather than black and left off the distinctive red face paint my Wyches have, but the rest remained the same.

I've named them the Pack of the serrated blade, and added suitable markings on the wings. 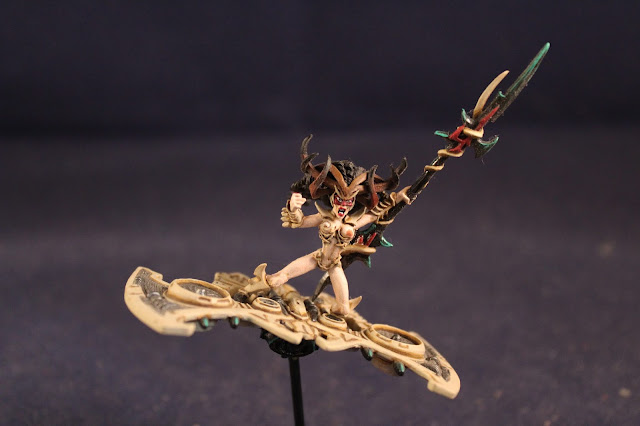 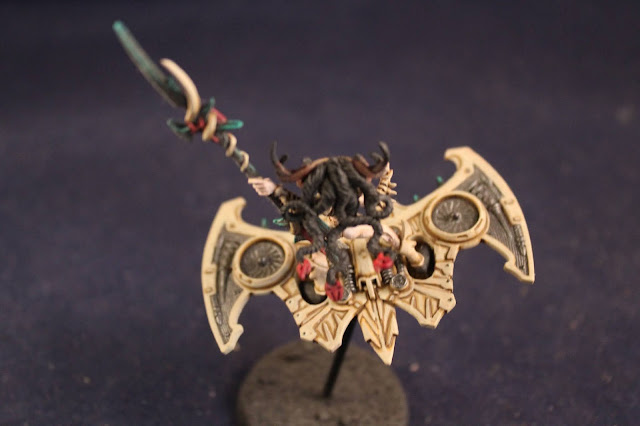 Originally I'd started making a unit of 5 skyboarders using a hoverboard I got from a cheap toy mixed with the engine from the original metal Hellions, I intend to still use these but will now be beastmasters, as they now ride skyboards as well. Above is the only one I've completed so far, made from an earlier version of Morathi from the Dark Elf range.