A SCOURGE ON TERRA

This next unit is a story of two halves, the first half of this unit of Scourges are the basic plastic models released by GW, after the release of the second edition codex. Now you may remember I painted one of the unit recently as a break from everything else I was painting at the time. 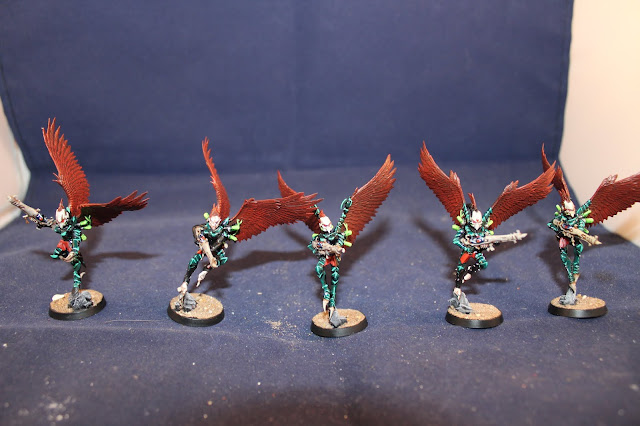 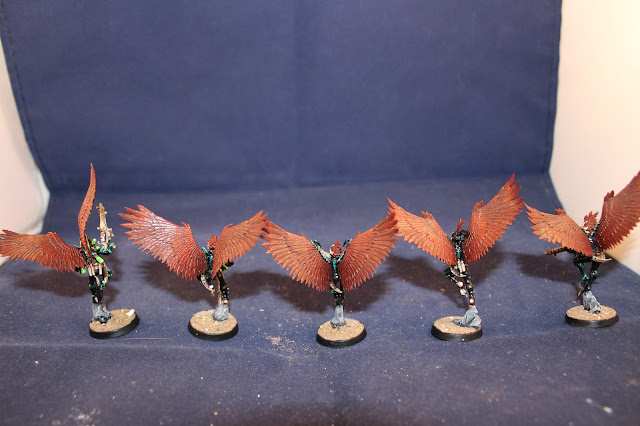 Now the second half of the unit started out as first edition metal Scourges, which at the time were basic warriors with effectively jump packs. By second edition they had changed to warriors who had gone under the Haemonculi's knife, and had wings grafted on, and sometimes even talons, grafted to their feet.

Using the spare heads from the sprue, I updated the helmets, and scratchbuilt the champions head. The wings are a mix of wings I got from ebay and some I built. 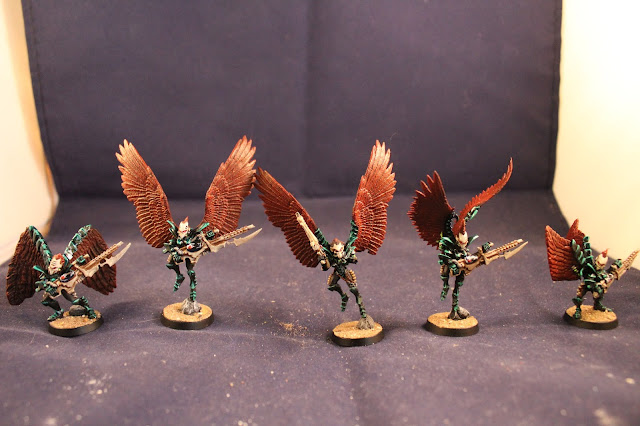 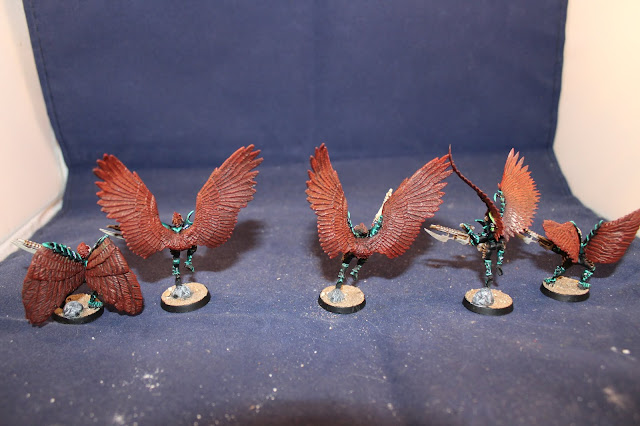 With this unit finished my shelves are looking a lot less grey ! 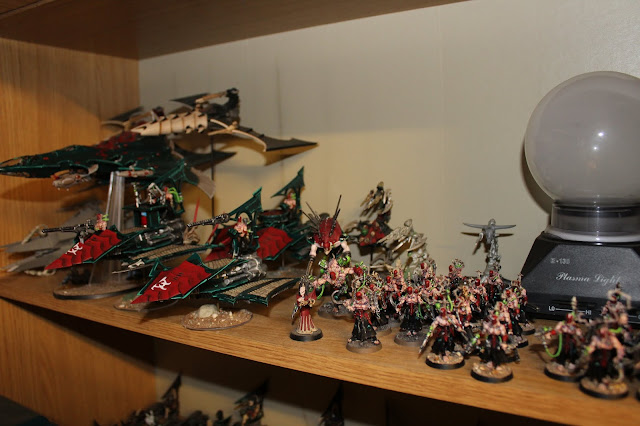 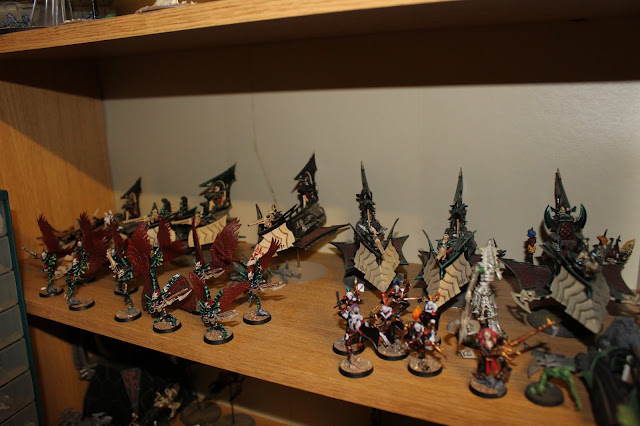 That's all for this post, hoping to get at least one more unit finished, so until next time stay safe and have fun !