As you may recall in one of my recent posts, I am looking forward to getting my hands on A-Wing shortly, while waiting I thought I could do with some practice on heavy weathering, and decided to give my Arc 170 a repaint.

I bought this model when it first came out, even though it was an easykit by Revell I still wanted it, I stuck it together properly at the time and cleaned up any joins, and then that's how it sat on my shelf until now. 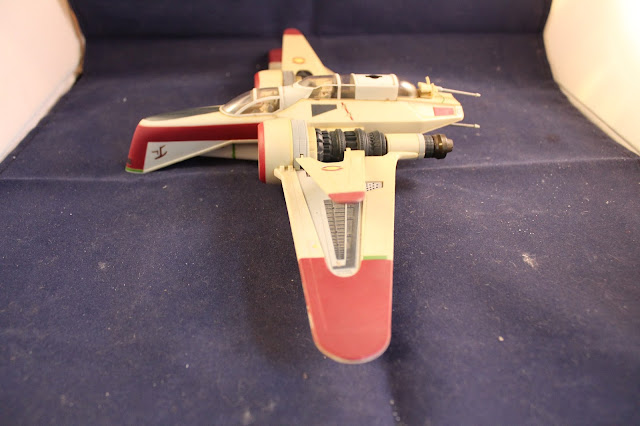 As you can see by the picture above the bare plastic hasn't aged well, and really needed a touch up. As for the prepaint markings they weren't bad at all just patchy where I cleaned up the seams. 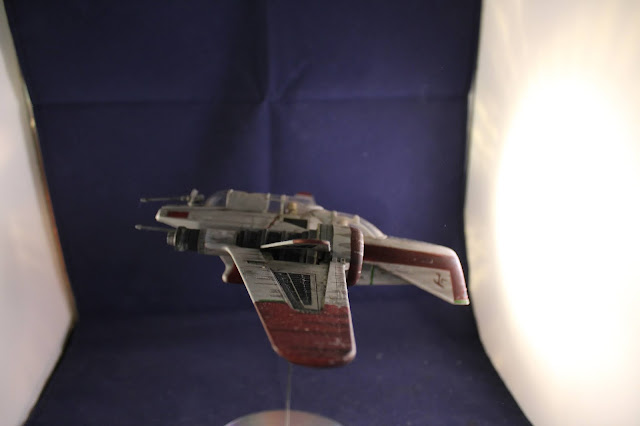 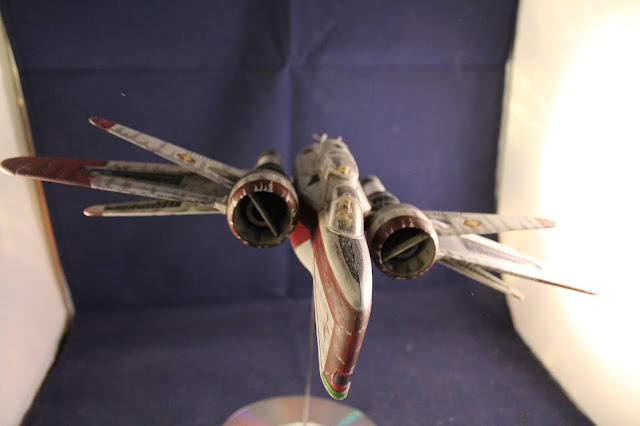 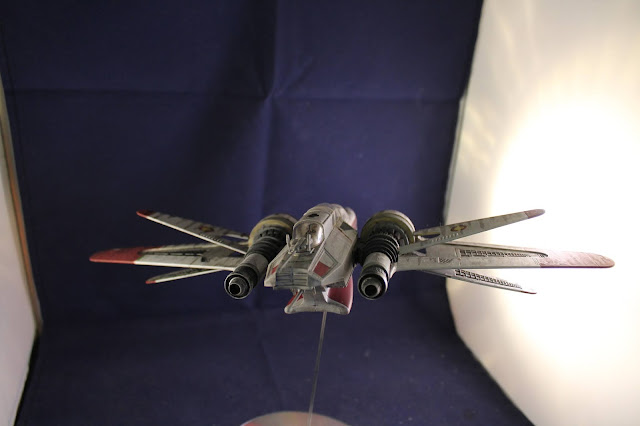 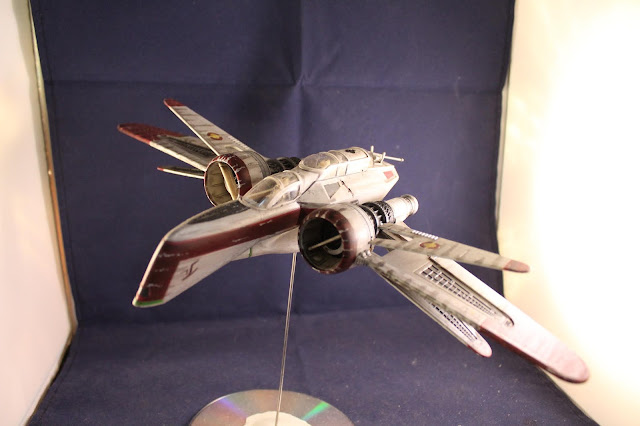 So after a little paint I ended up with this, the hevy streaks were done with Nuln Oil wash, and the lighter overall streaking was done with a black glaze. I have added some chipping underneath the grime to bring it more inline with this reference picture.

Now some of you may be saying where's the wing guns ? Well here's the thing I've found one side, but still looking for the other, and I want to do them both at the same time, so they will have to wait for now.