The other day I was looking for an interesting A-Wing pilot and happened to find a Mon Calamari pilot nicknamed Si-Mon.

It turns out it was one of a group of pilots that were filmed for Return of the Jedi, but never used, you can see for yourself here youtube the nickname came from the actors name being Simon, which I thought was cool, even Palitoy must have liked it as they released a figure for it.

So based off the pictures I set about building one for myself, I actually remembered to photograph the model in green form for a change before covering it in paint. 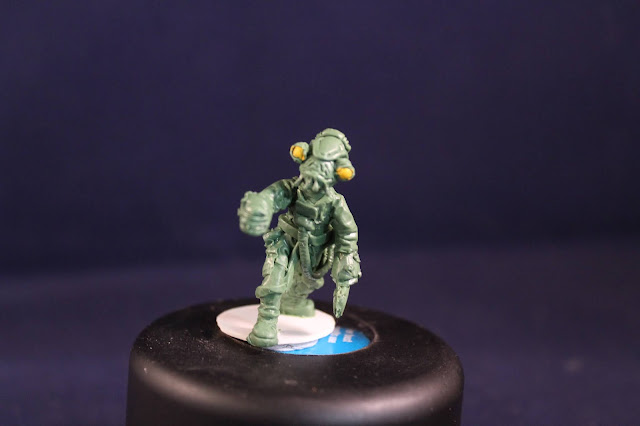 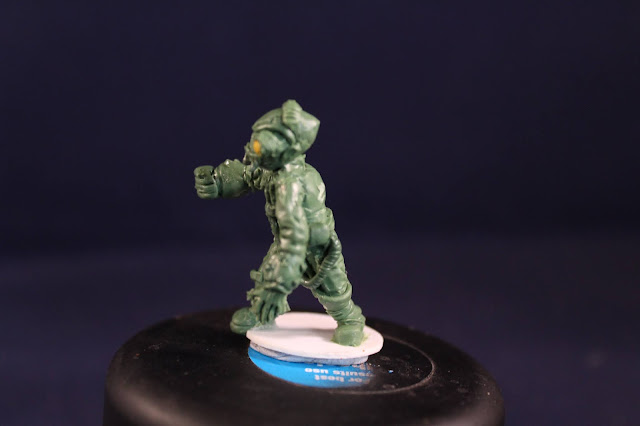 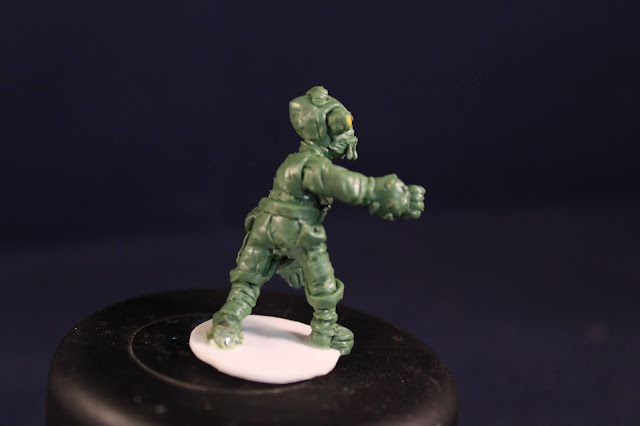 I choose to keep the colours as close as I could to the film, with using the Palitoy version to cover the parts I couldn't see in the screen shots. 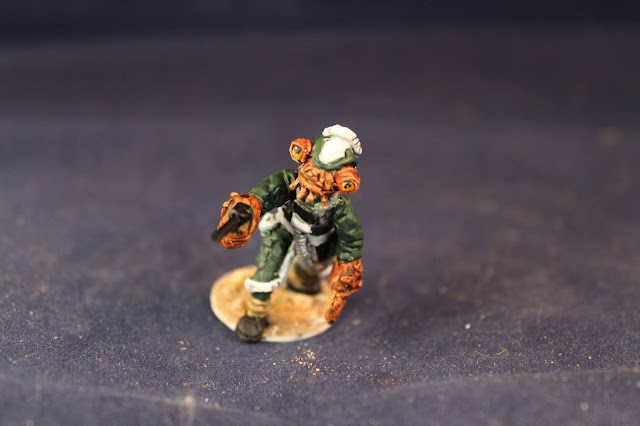 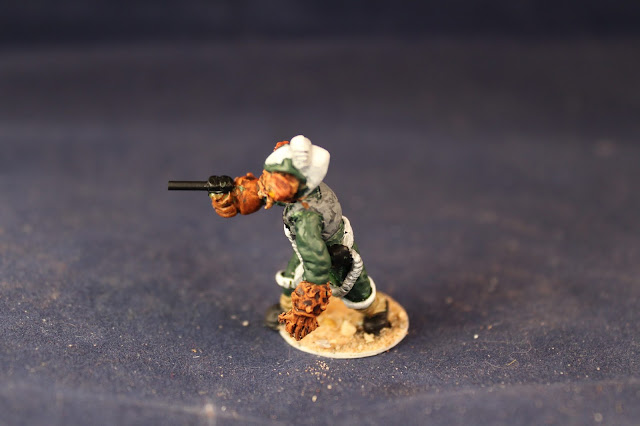 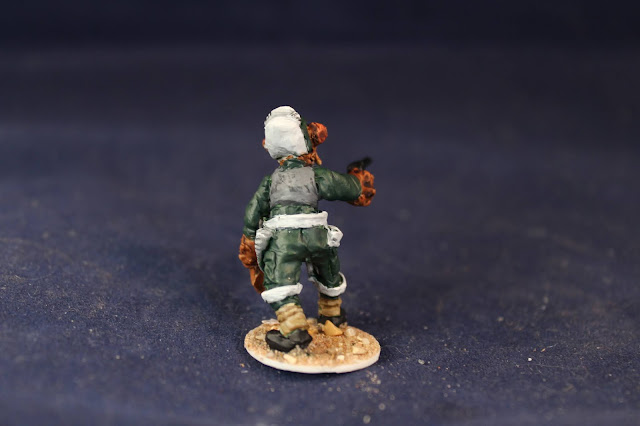 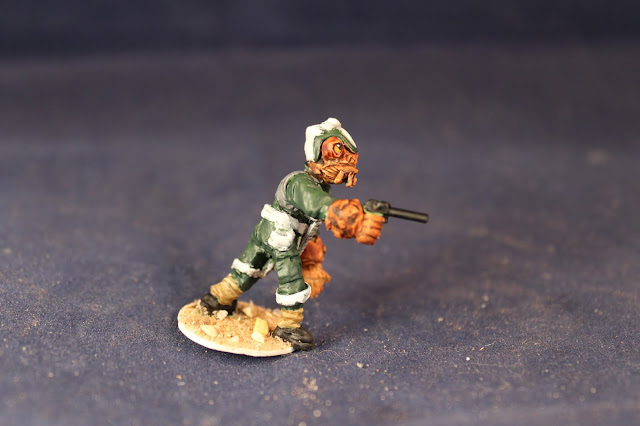 Now you may be wondering why I wanted to have an A-Wing pilot, I managed to find out that my wife is getting me the ship for my birthday, as she missed getting me the DS9 model, so disappointing in one respect but very cool  in another, and the new present will actually be useful gaming wise as well.