Taking Frank's suggestion to make a better board for the chess set, these are the plans so far 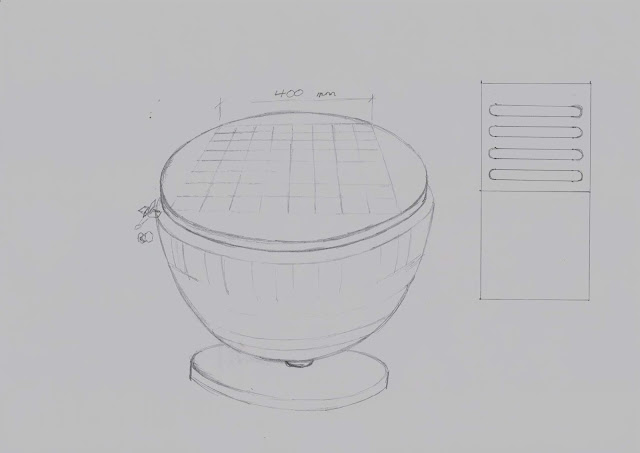 Intending making the lower half of the Death Star out of polystyrene and then covering it in fibreglass and resin for strength then add details with plasticard. Going to use the Star Wars Armada size fighters for both imperial and rebels to add some interest. There will be a base to make it stable as well. The two squares to the right are my plans for the squares of the board, the bottom being the smooth black floor seen in the Death Star, and the top being the grid pattern seen in the carbon freezing chamber.
Have also finished sculpting the rebel trooper, now just need to cast and paint the relevant amount 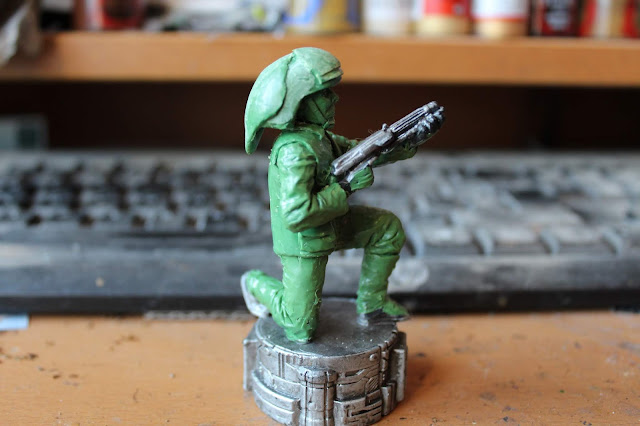 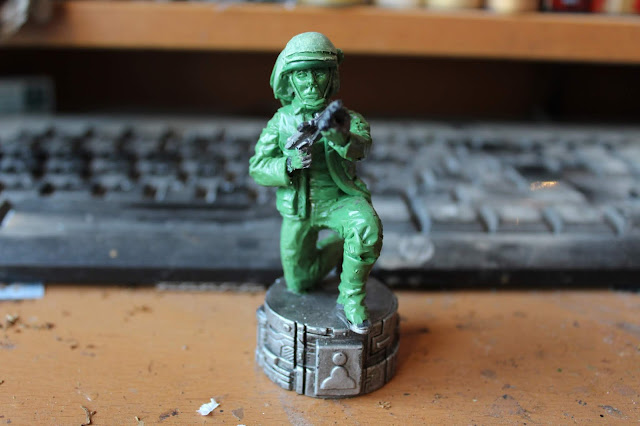 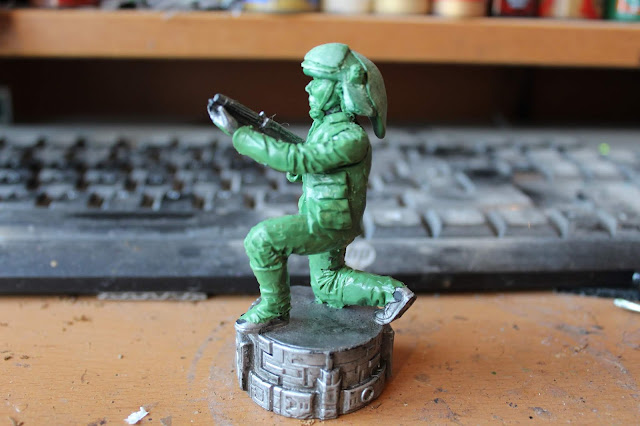 Planning on doing an experiment with the GW contrast paint white scar, to see if makes painting the stormtroopers easier, will report on this once tried.
That's all for this post, so until next time have fun !
Cheers Dave
Posted by Dave Stone at 09:55