Many years ago my eldest daughter started a 40K Khornate army, I originally helped her work out her army list, and gave her a load of converted models to start her off, then as she got more of the bits she needed I promptly converted those for her as well.
The painting of the army was to be her responsibility except for a few centre piece models, which I agreed to paint for her.
Recently my daughter moved into a new place with enough space to hold her army, which she picked up the other week, I thought great a bit more space once my new room is finished, until she noticed I hadn't finished painting a few of the pieces for her. 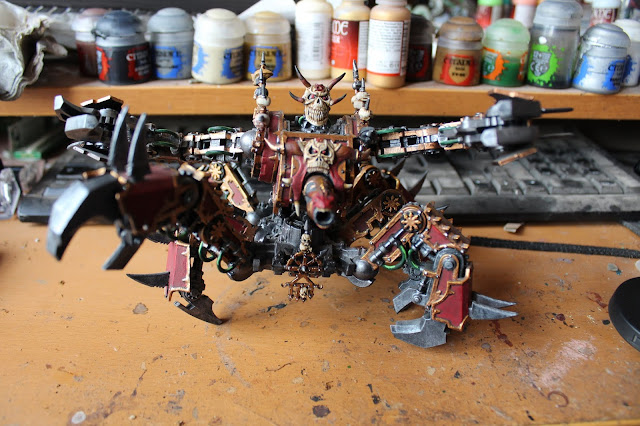 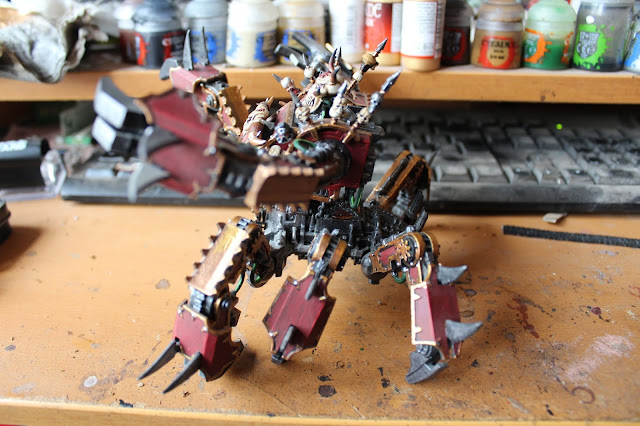 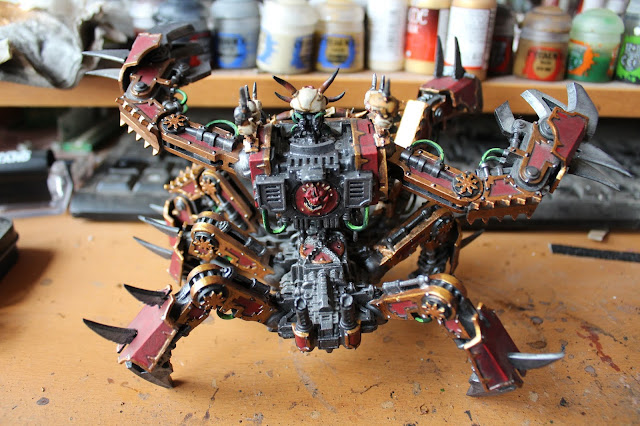 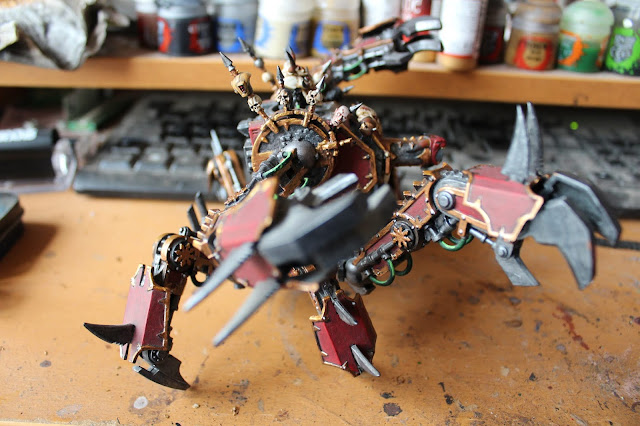 Above is her heavily converted Defiler, this had two extra claw arms added, and multiple custom khorne icons added, then painted in the traditional red and brass colour scheme of the Worldeaters Legion. 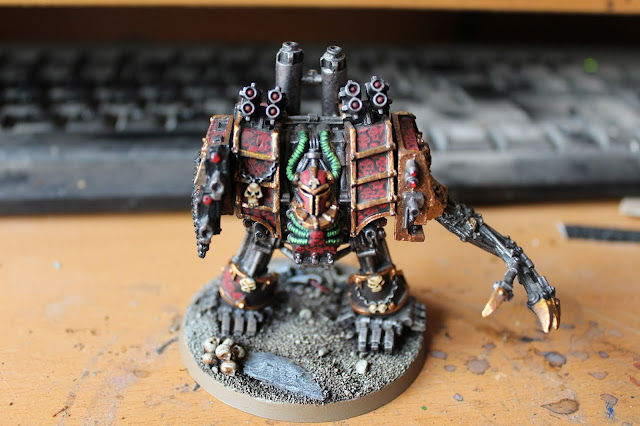 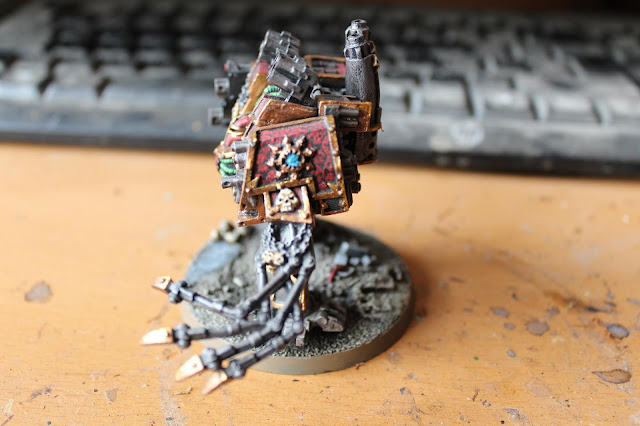 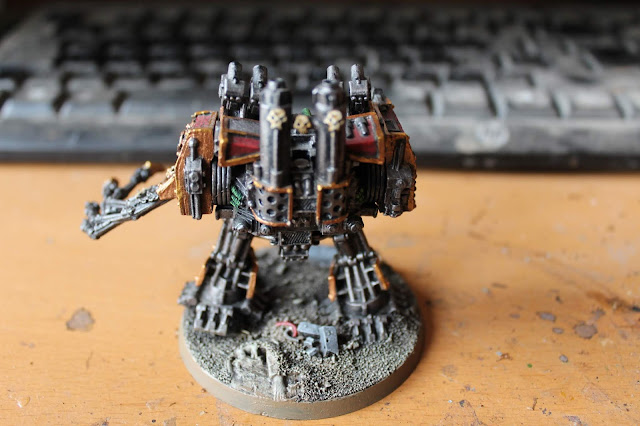 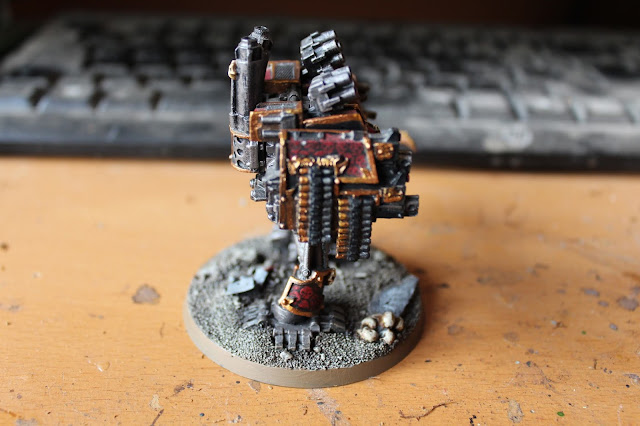 Then I finished her dreadnought Kraal the soultaker, the background behind this is at the start of a battle his armour is a blank dark red, then as he claims souls for Khorne they appear as skull across his armour, which are claimed be minions at the end of a battle through dark rituals. 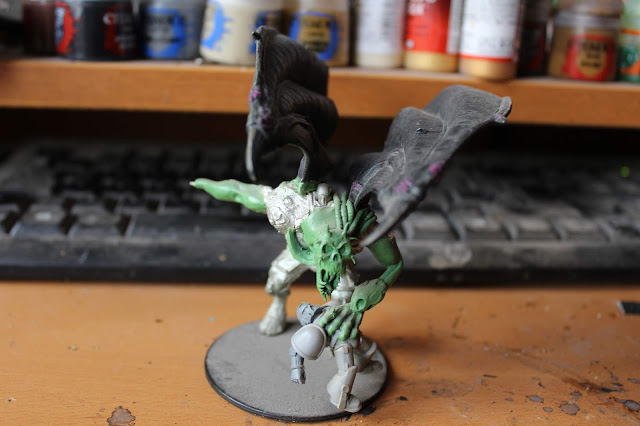 Last is the remaining piece to be finished Angron Demon Prince of the Worldeaters, the model originally started as a Bloodthirster body and the wings came from a Dark Elf Dragon, a lot more greenstuff needed yet but will end up like this at the end

That's all for this post so until next time have fun !
Cheers Dave
Posted by Dave Stone at 08:02