Another month and another challenge, this one being the Season of Scenery, which I run and runs for 2 months, as we all know scenery can take a time, hence the length of the challenge.

For my first piece I've gone for an Imperial Dropship that first appeared in season 2 of "The Mandolorian" episode 6 where the Imperial troops ambush Mando, Boba and Fennec using two of the dropships, now originally I liked the craft, but as this was the first time we'd seen one which was after the time period I was gaming in, I'd dismissed getting one, that was until the series Obi Wan aired and had several in there as well which is set before the time period I'm gaming in.

The model is a 3D print I got off of Ebay, as prints go it was good quality for the size of the piece. It has an interior for the holding bay, now the markings on the outside aren't 100 % accurate to the on screen shots, but close enough for me. For the painting I've kept the weathering minimal. Model wise you can fit 8 models inside, but gaming wise, I would think it would hold 20 models at least going by the episode. 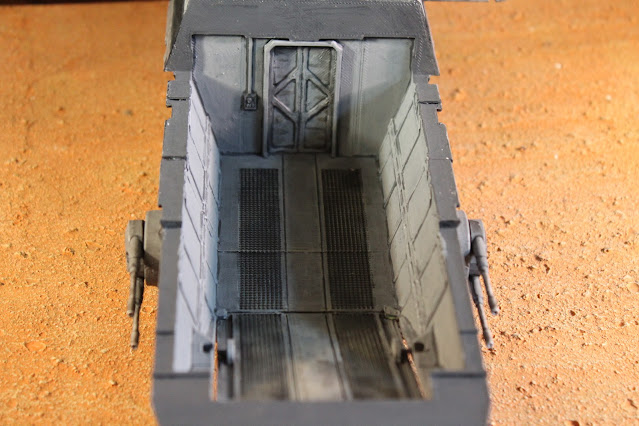 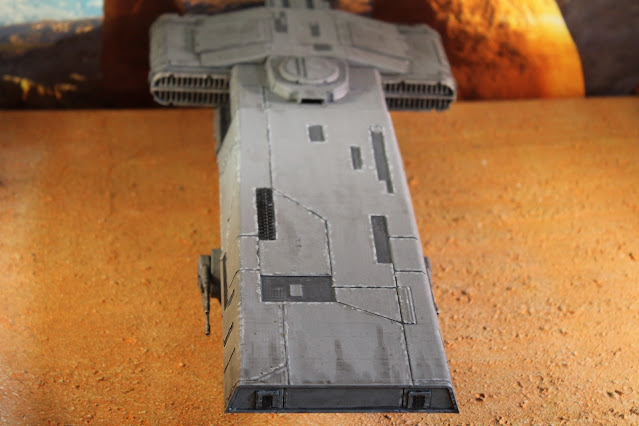 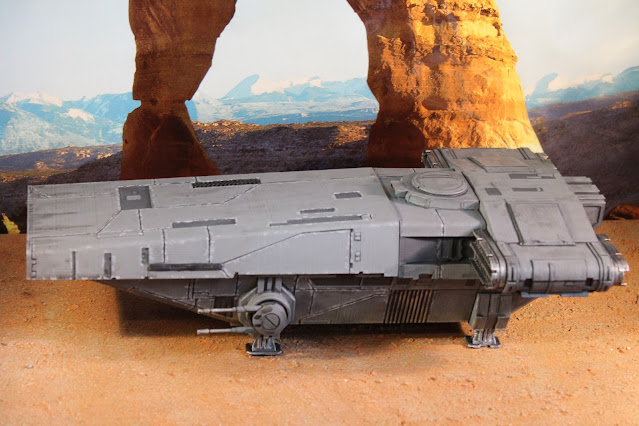 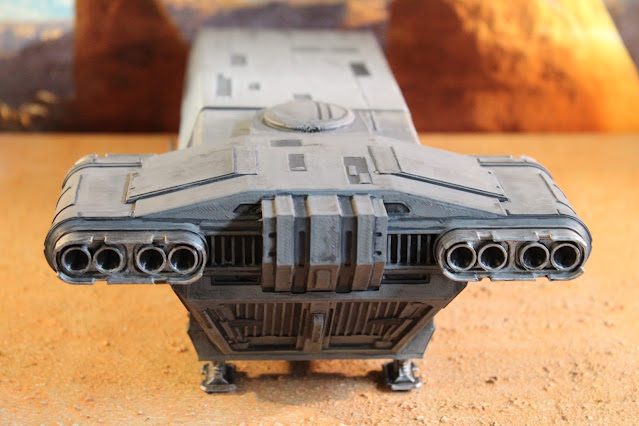 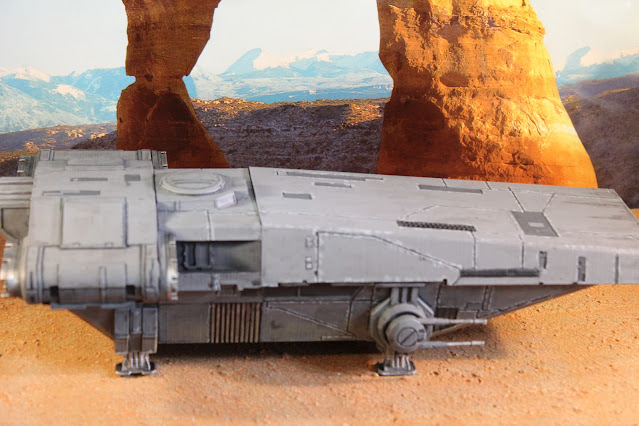 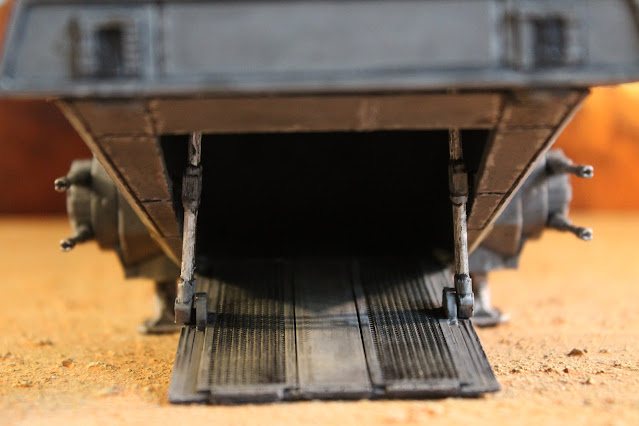 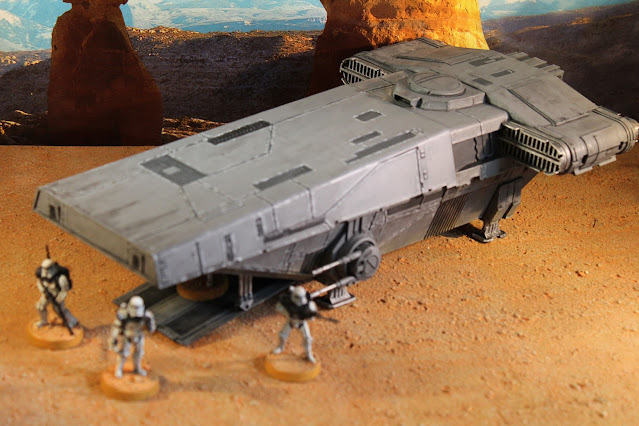 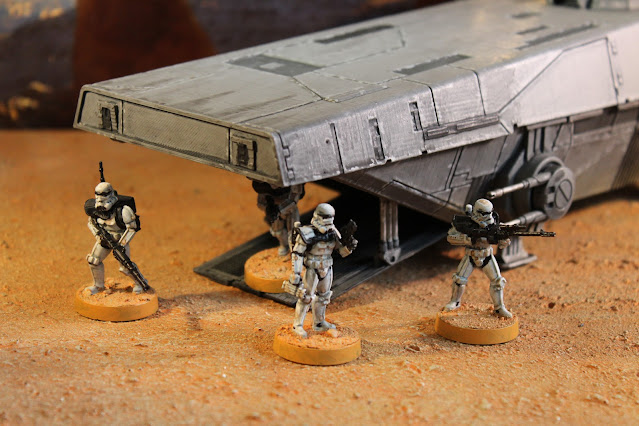 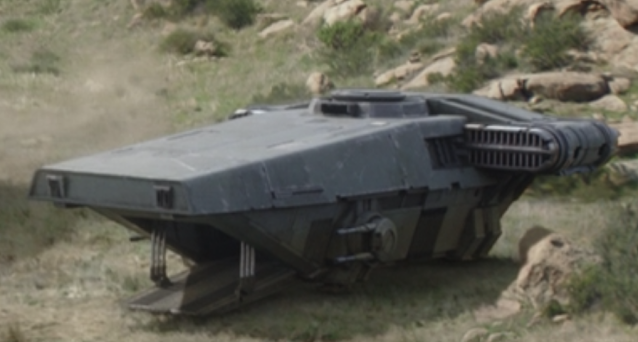 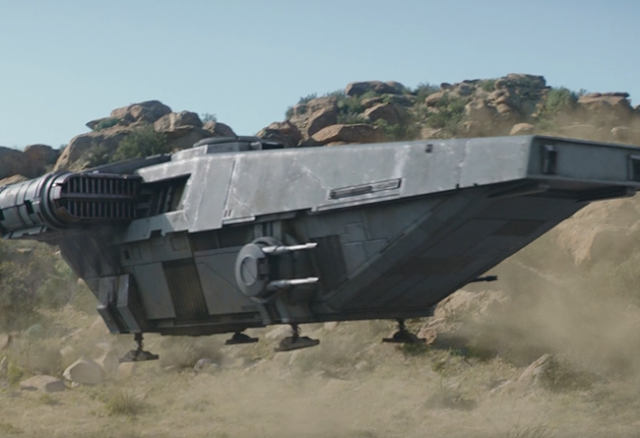 It's funny I used to avoid painting vehicles, but with learning more with weathering, I'm happy to have more of a go now ! LOL

The other participants for this years challenge are so far as follows :

https://justneedsvarnish.wordpress.com/ John has joined in again this year, look forward to seeing what he chooses to do.

https://pmpainting.blogspot.com/ Matt has already posted up his first entry a Dragon Plant.

https://jonhobbydesk.blogspot.com/ Johnny has joined in this year, and I expect to see some 40K scenery

https://rantingsfromunderthewargamestable.wordpress.com/ Roger has returned to the challenge, and is already looking forward to some more MDF scenery.

http://angrypiper.com/ Keith is planning to build his DS9 model and paint, what a beast of a project, and I'm so jealous he has one.

https://kuribospainting.com/ Jeff has said if he can find time he'll try and join in, but he is working on his latest display piece.

https://markamorin.com/ Mark has joined in again this year, but has stated he won't be doing a whole city this time, time will tell ! LOL

https://phillipislandgamingsociety392176732.wordpress.com/ Dave has decided to join in this year as well, as he has a lot of scenery that needs doing, and from his recent posts it could be in multiple genres.

Ther is still plenty of time to join in if you want as the closing date isn't until the 31 st of August.