I feel like I need a break from a galaxy far, far away, so have moved over to a Grim Dark one instead (break from Star Wars, onto 40K). Long time readers of the blog might remember I have a Kroot army, and I fancied doing some work on this. I currently have 4 squads left to finish, the hound pack, the Krootox herd, the Vulture Kindred, and the Knarloc herd. I currently have the parts for the Vulture kindred, just need to finish the conversions, but need about another 24 Kroot to finish the other squads. I had a quick look on GW site, and the plastic box set is still out of stock, and ebay prices have gone silly, so will have to keep my eye out in the meantime. Two things I know I want to include is an albino as a shaper, and some female Kroot, as I have a lot of spare heads, I decided to do a test paint for the above. for the Albino, it looks a bit like a Cockatoo, but as that's a bird that's not a bad thing. For the Female, I didn't want to go the route of stick some breasts on it, as these creatures evolved from birds, I've gone with a muted colour scheme and less plumage, following birds in nature. 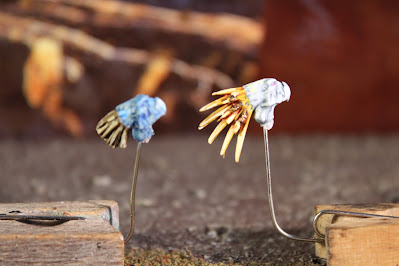 The next thing I've done is the Shaper for the Knarloc squad, now I don't have the Knarlocs that Forgeworld released, as I didn't get them while they were available (always had other bits I wanted to buy first ! LOL) so using some eagles I already had I made Great Crested Knarloc's. The shaper was made from greenstuff, except the arms, head, and accessories. Still have another 3 troopers to do, but need to get hold of some plastic Kroot to make this job quicker and easier. 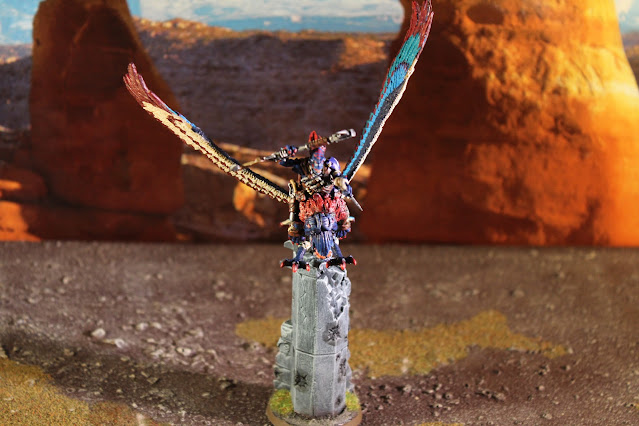 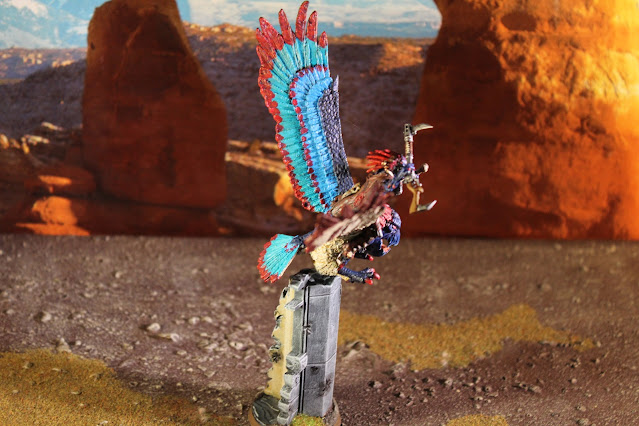 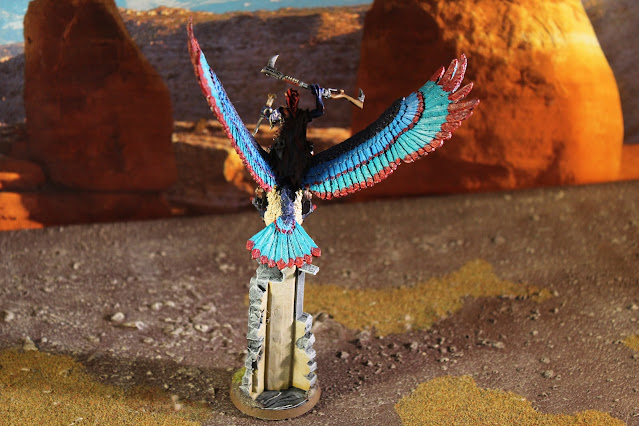 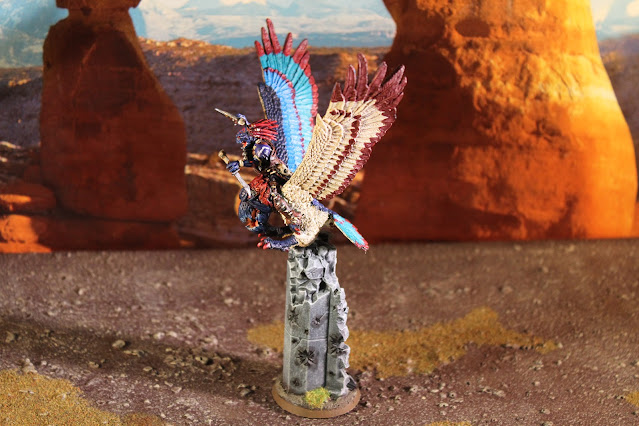 Still working on some other bits, so will probably be more Kroot in the next post, so until next time stay safe and have fun !