RETURN OF THE FORCE

At the beginning of the month, while starting on the Apocalypse Me challenge, I also had a personal goal to finish the last 4 Star Wars figures I had, before my Birthday, just in case I got some new toys to work on, this involved finishing 4 WOTC models. 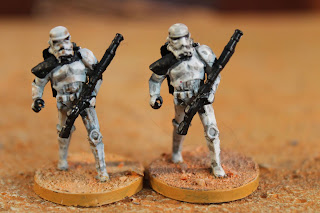 First was two Sand Troopers, now I tried two different colours for the dirt on these, one has the usual black dirt, and the other has flesh shade dirt, I actually like the flesh shade more so will probably do that on any more Stormtroopers I get. 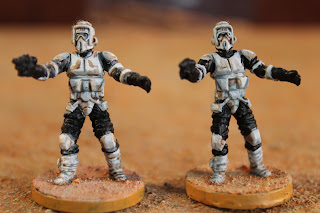 I also got two scout troopers finished which both had the flesh shade dirt applied. 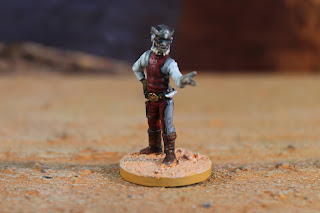 I was very fortunate on my Birthday and got many new Star Wars kits, and some I just couldn't wait to get started, firstly was Hondo Onaka the pirate, who appears in the Clone Wars cartoon and Star Wars Rebels cartoon, and even has a animatronic in the new Galaxy's Edge attraction in Florida, this version is from Rebels. 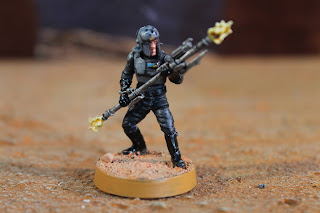 I also got Agent Kallus, which appears in Star Wars Rebels, I've gone for the helmeted version, with bow rifle in close combat mode, but has left me with some parts to help make, his rebel version. 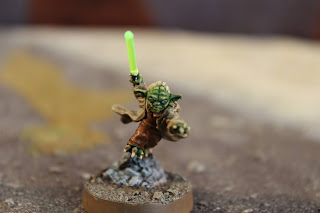 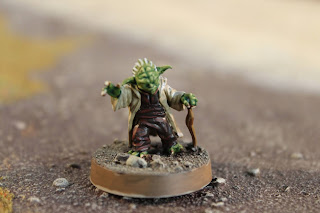 I also got the new release of Yoda, which comes with two models in it, one in fighting stance and one in a more static pose, I think I will use the action pose in my clone wars games, and the static one, as a guide for my other games.

I got a few more kits which I will show and talk about once they're done, so until next time stay safe and have fun !