TIME TO LET THE DEVIL OUT !

As the saying goes "the devil is in the detail" it's time on this project to let him out and get into the detail. 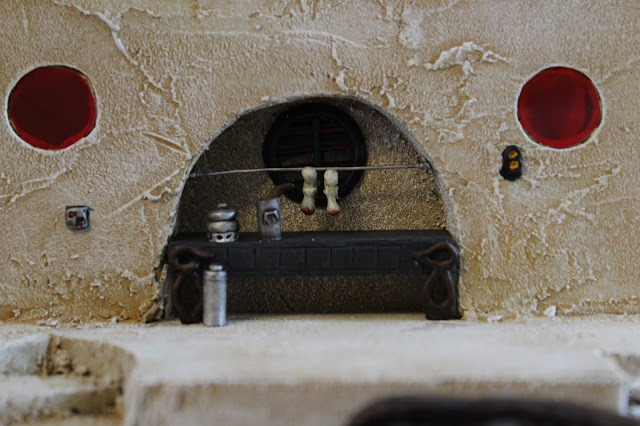 First I've been working on Jabba's throne area, more importantly the area behind. This turns out to be a cooking area with a rotisserie table and a prep bench behind with some ingredients on it, last time you will have seen the bench in, now I've got all the little details in, and the ornate legs in the front. I wanted to get this finished first so I could get a decent picture before the table went  in and I couldn't get a clear photograph. 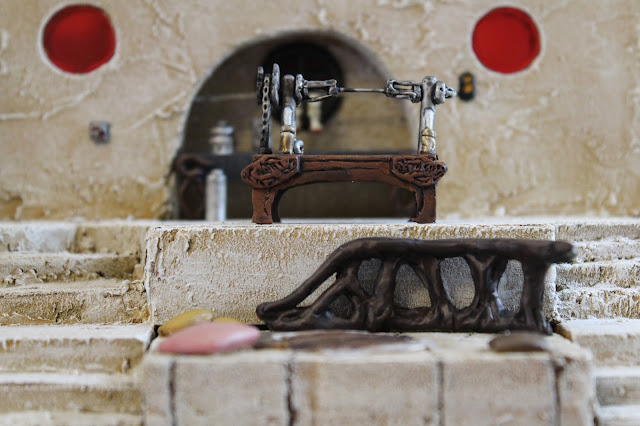 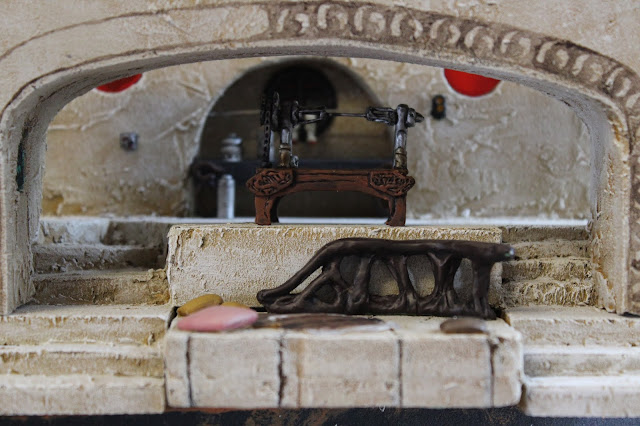 Next in was the rotisserie table, had to make a lot of this in sections and then assemble before painting. I used some orange acetate underneath the mesh in the top of the table to give the impression of heat coming up through. The second photograph shows the alcove over the area. 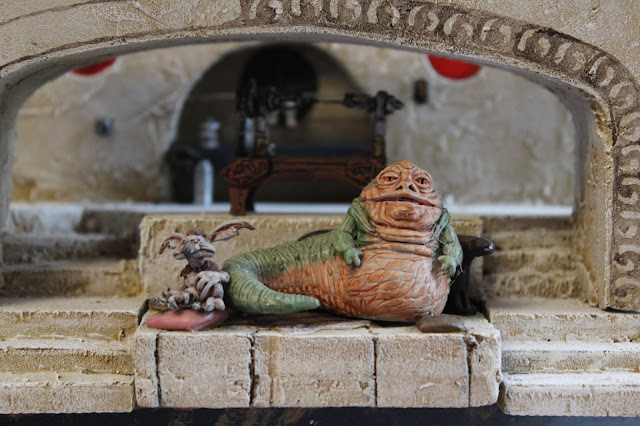 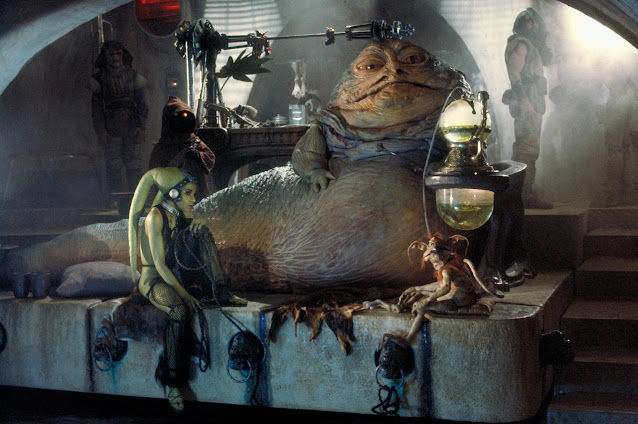 This last shot of this area, shows what it looks like with some figures in place, and with the reference picture to show what I was aiming for. 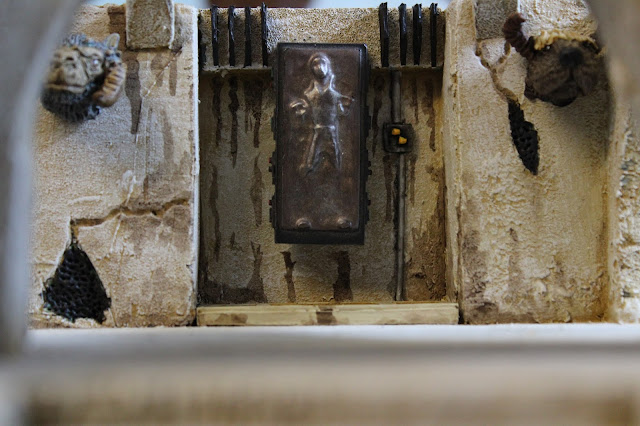 The next section I've been working on is the alcove where Han is displayed. Now some of you may be thinking, didn't Dave say he was playing in a time period set before Rogue One, why would Han be there, well this was a gift from Michael Awdry, and there was no way I wasn't going to include it. So it could be another smuggler trapped in Carbonite that's on display.

The grill underneath was achieved with mesh and coloured acetate which worked well, and at a later date if I want to I could add some LED's to light it up. I've also started weathering the walls with some Agrax Eartshade to start the staining process. 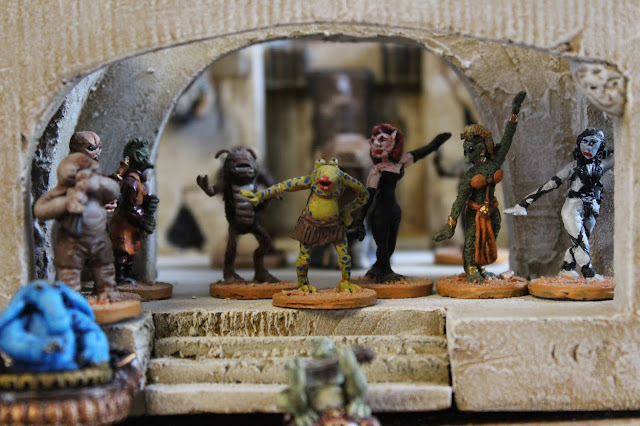 And to give a sense of what it looks like with models in it, I let the band out to play.

That's all for now, still got a ton of detail to work on. So until next time stay safe and have fun !