DO YOU THINK HE SHOPS IN IKEA ?

A lot of the work I'm currently doing on Jabba's palace is small fiddly detail pieces, which take a lot of time, but add a lot of character to the whole piece, and without them it would just be a generic set of rooms. 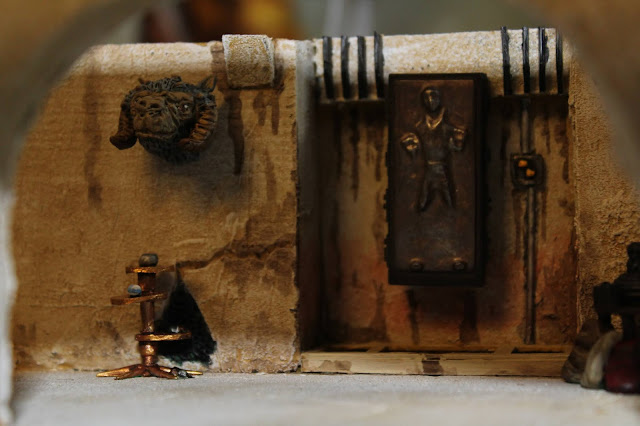 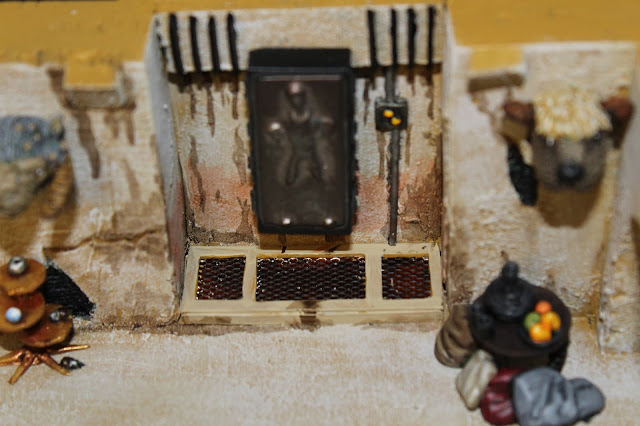 The first set of furniture I've finished was for the surrounding area of Han's alcove, this involved a set of moving tables under the Tauntaun head, this did move until I had a accident with the super glue, and now it's in a fixed position, so I made the shadows stronger where the tables sat over each other. Next was the table and cushions under the other head, to get the cushions right, I had to make them one at a time so they would rest on each other properly. I've also added a little orange OSL from the vent underneath. 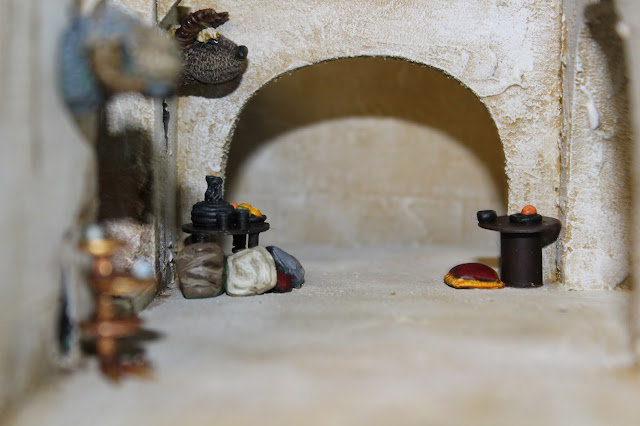 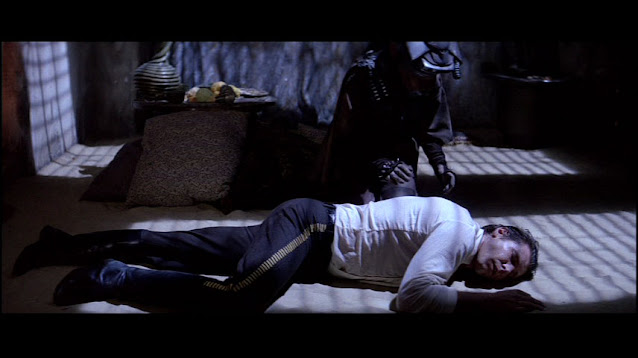 The last one was a table and cushion with fringes to sit next to the area Jabba hides in, this was done with plastic rod and plasticard. 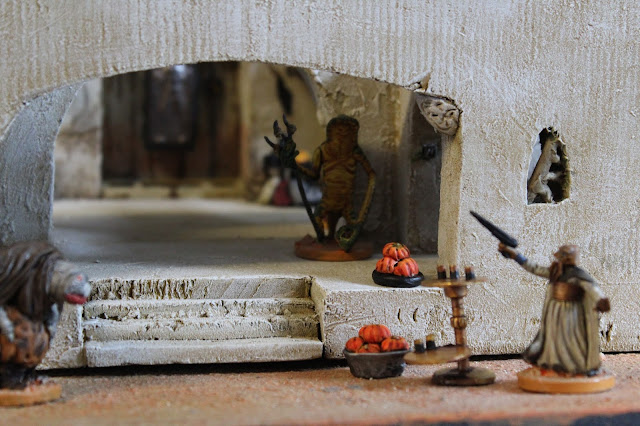 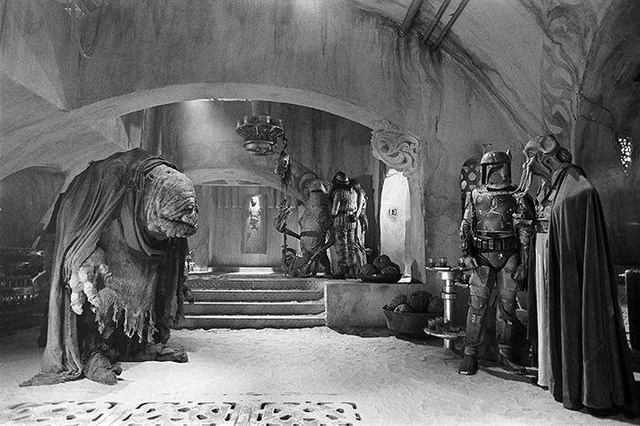 Next I did the table next to the stairs by Jabba's throne and the two lots of Pumpkins, who knew there was pumpkins in Jabba's palace ? I added some red glaze to the bottom of these to make them feel other worldly. 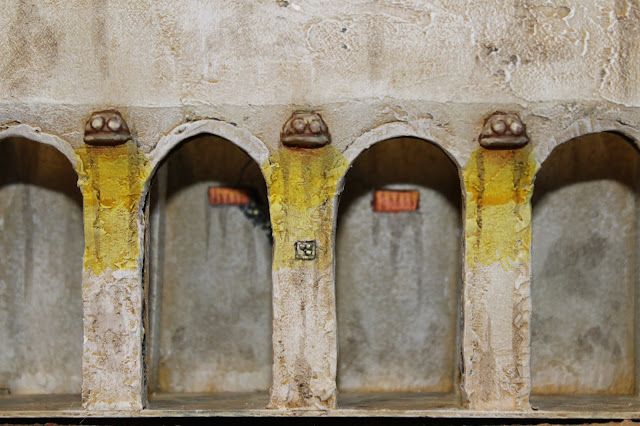 I've also now finished the construction and painting of the last section needed the alcoves, the lights on the wall, were achieved by making one and then taking an instant mould of it, and pressing out the rest required. Also did a bit of OSL to help represent that their lights. 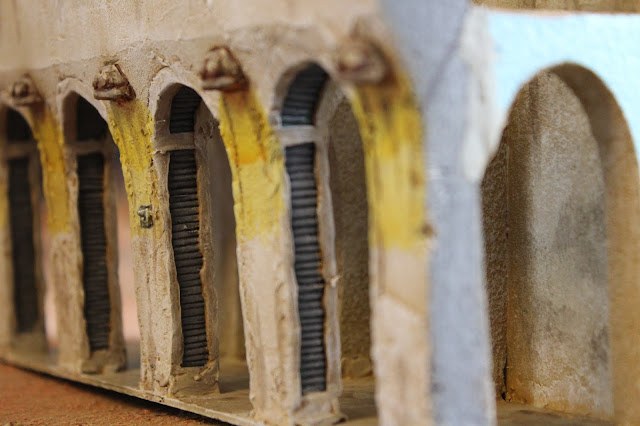 The reason this section took so long was all the detail in each arch, as you can see from the above photo, now this section needs all it's details made and painted. 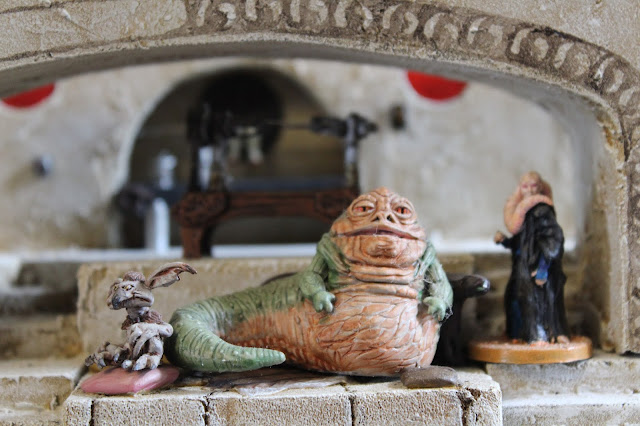 This last picture is for Jeff, as he wanted to see Bib Fortuna whispering to Jabba.

That's all for this post, still got a lot of details to make and paint, and a lot more weathering needed, so until next time stay safe and have fun !