This week I was in the mood for construction, rather than painting, so decided to start work on the large piece I wanted to do for the challenge Jabba's throne room.

The first step was to draw out the plan on the base board, to the right scale for the models being used. Some measurements have had to be adjusted to allow bases through doorways and to make the wall construction easier, and other measurements have changed as I've built the pieces separately to make them fit together well. 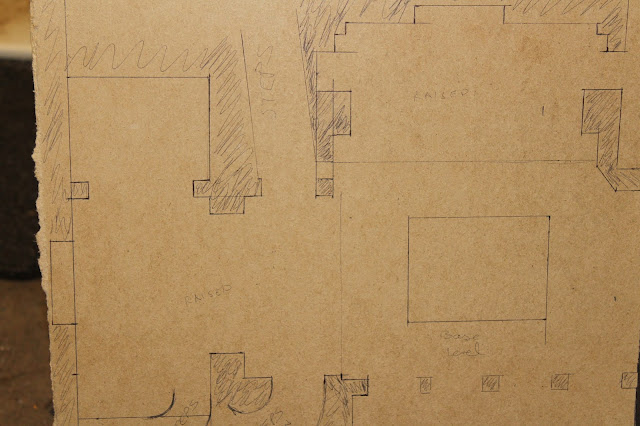 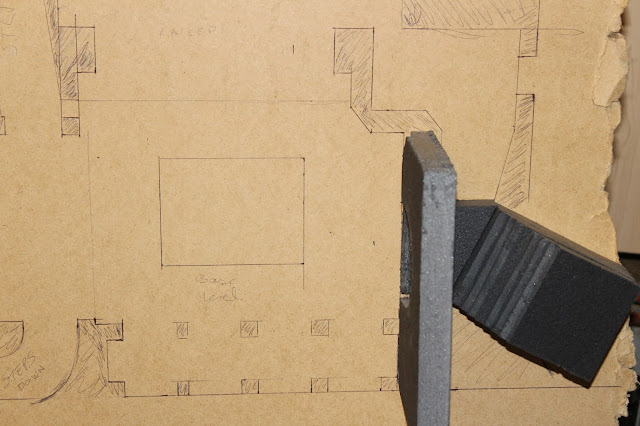 Each section has been built with dense insulation foam and filler for texture, and I've used some blue foam in places where I needed thinner walls. 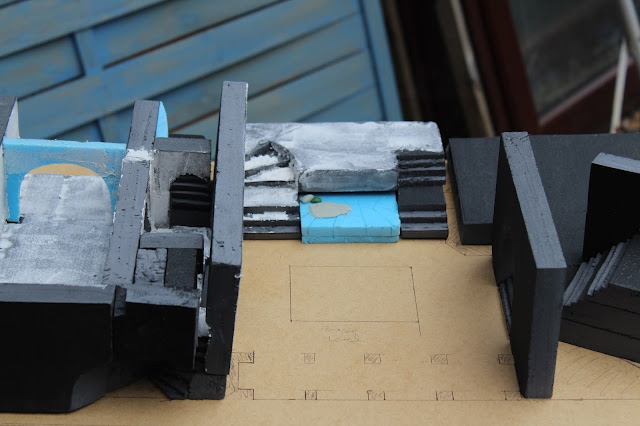 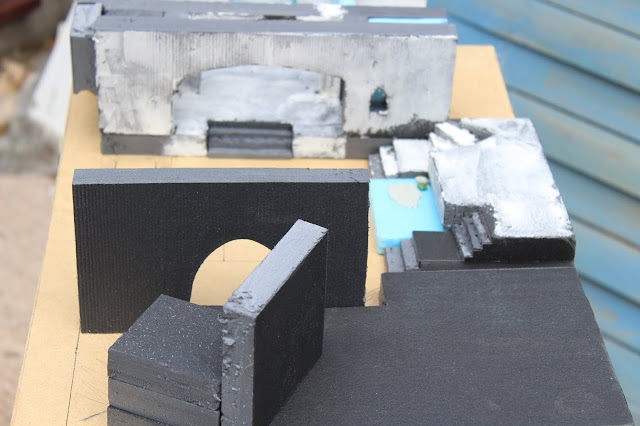 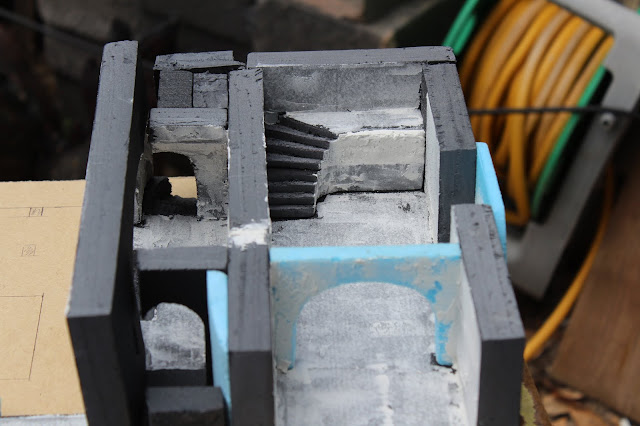 One of things I wanted to do was have removable walls to allow cinematic photos rather than just an aerial view when games were being played. 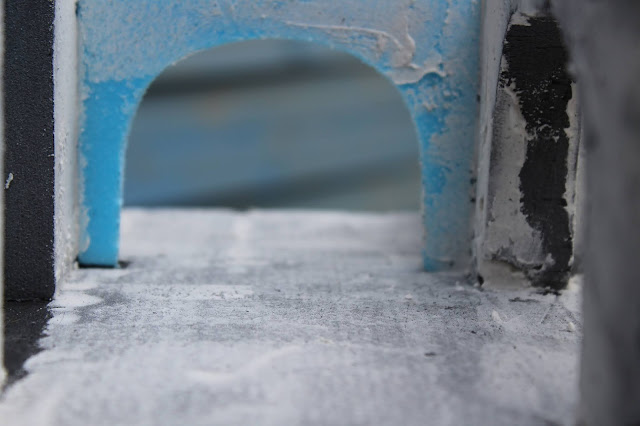 I would say I'm about half way through on the construction, and still have a few bits to work out, but happy with the progress so far, that's all for this post so until next time stay safe and have fun !