This Wednesday Roger will be running his weekly WHAT IF ? on his blog rantingsfromunderthewargamestable , over the weeks it has covered all sorts of subjects in a light hearted fun way, but on one of the weeks we discussed TV series we would love to see remade, my two suggestions was Space 1999, and Blake's 7. Both series at one point were scheduled to have remakes done and then never happened.
So for a couple of weeks now my head had latched onto this idea and started coming up with ideas for Blake's 7, and here's where I've got to 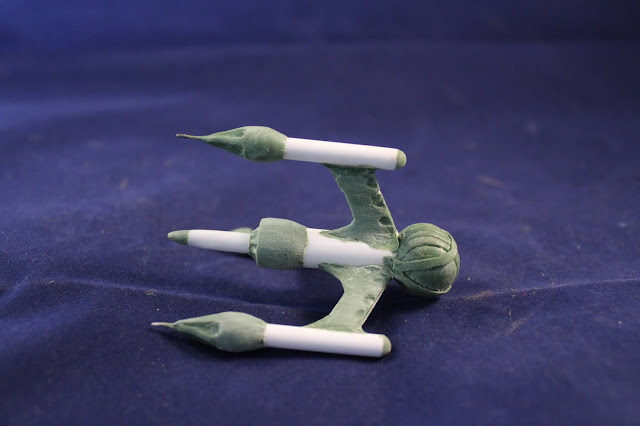 First is the Liberation class alien vessel that Blake and the rest of the crew call home, I've moved away from  a man made look and gone for more of an organic feel, it's alien after all ! 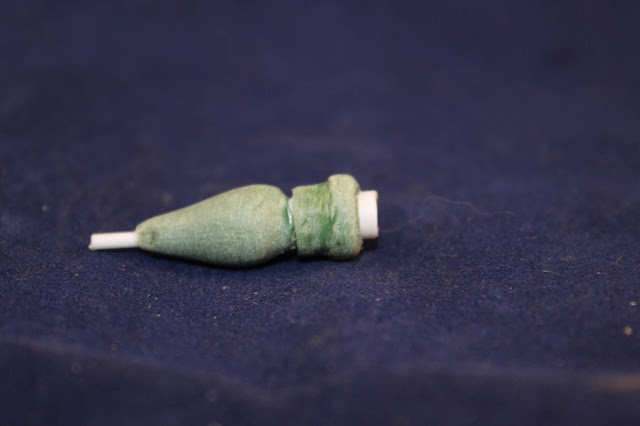 Next is the Federation system pursuit ship, Hornet class. These only have short range capabilities, a single solar system, but very agile and have a single main gun. 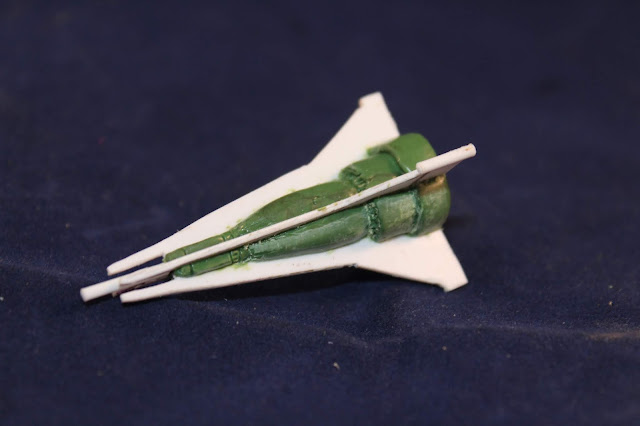 Next is the long range pursuit craft, Tarantula class, has better range capabilities and also two missle pods as well as it's main gun. 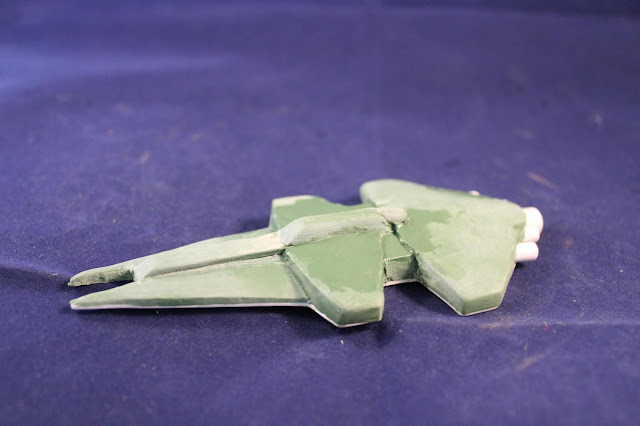 Last up today is a Federation Destroyer, Scorpion class, thinking it will have a main cannon and lots of smaller weapons bristling the body
Still a long way to go on these with detailing, then onto crew and ship bridge, but that's a story for another day, WHAT HAVE YOU STARTED ROGER !!!!
Until next time stay safe and have fun !
Cheers Dave
Posted by Dave Stone at 03:13