Firstly I hope all visitors to the blog are safe and well in these awkward times.
Today's post is mainly about dropships but I have a couple of other marine bits snuck in as well.
First up is the Stormraven, it's a bit of an ugly ship but as it's a flyer I wanted to have one in my army. I haven't done any conversion on it other than to make the pilot a normal matine rather than a tech marine 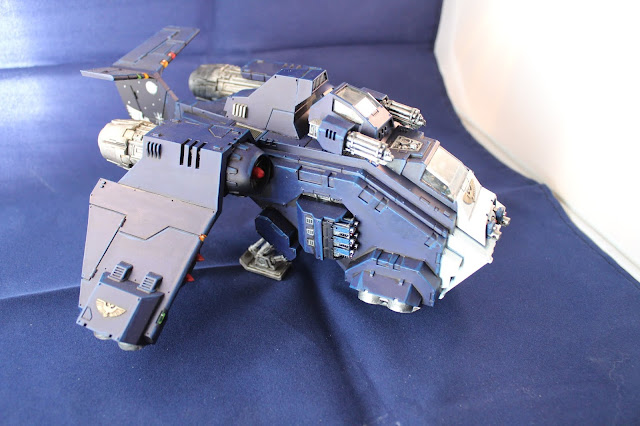 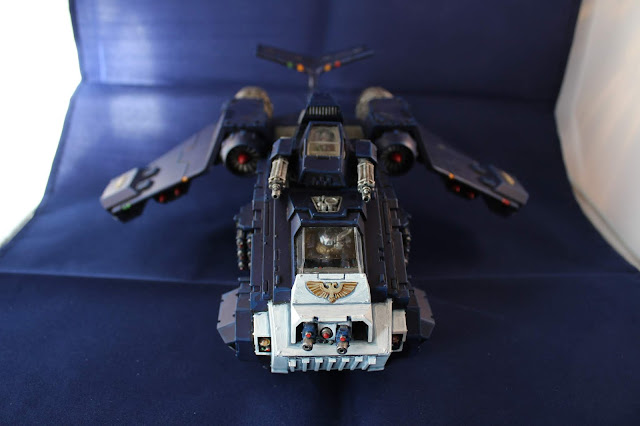 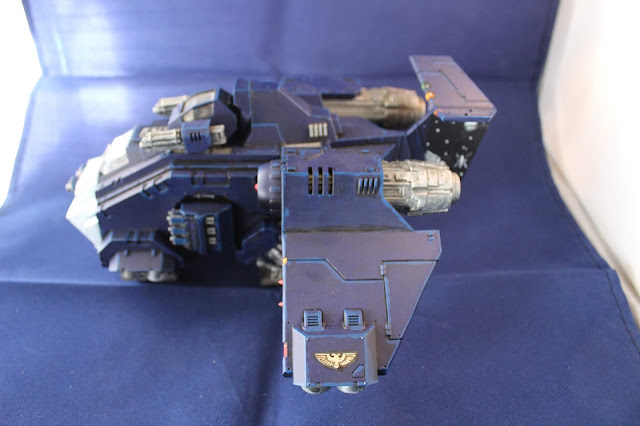 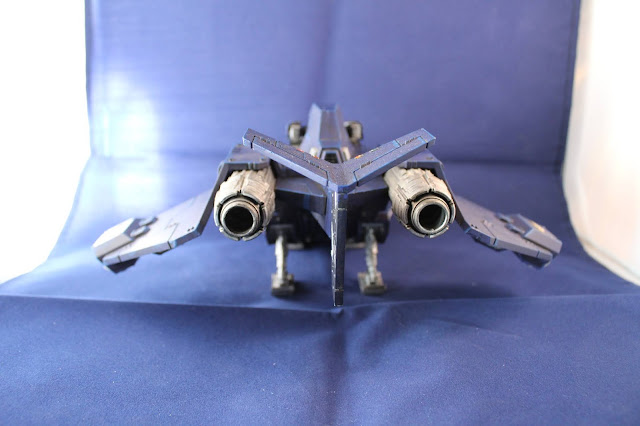 Next up is the Corvus Blackstar, these are meant for the Inquisition, but I really liked the shape so had to have some. The first thing I noticed were how small the model was that matines would really struggle fitting in, so changed my plan and made them a dropship for my scouts. I wasn't keen on the lack of cockpit so fitted a spare one from a Stormtalon and pilot into the front. 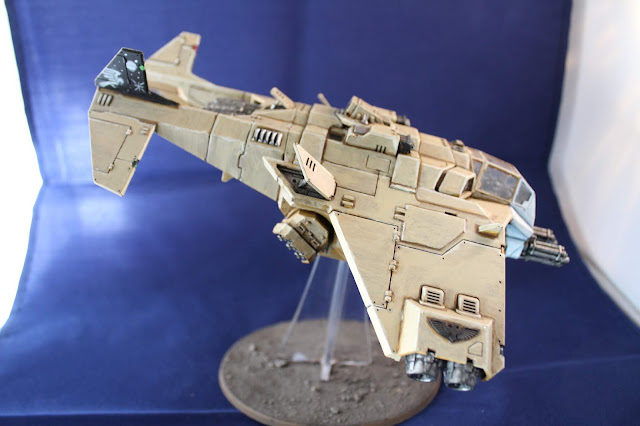 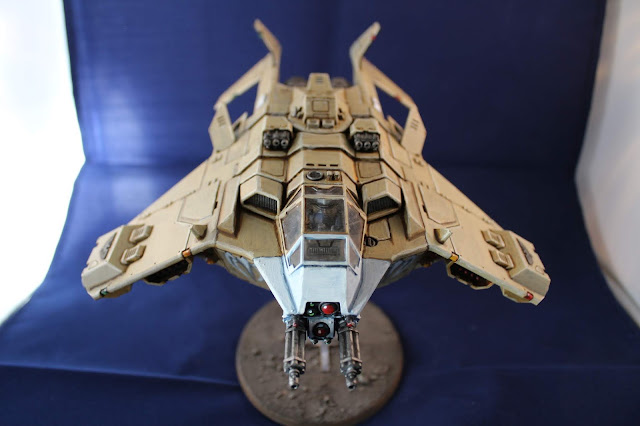 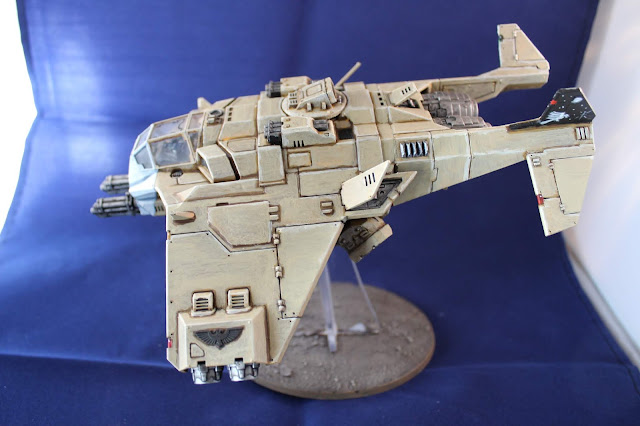 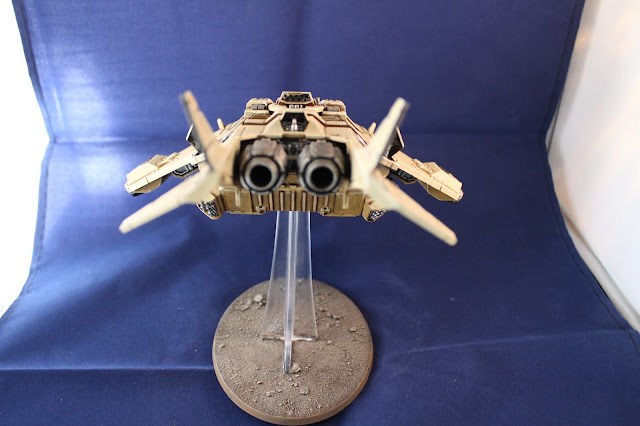 For the second one I went completely mad and added a full interior with seating and a scout exiting one of the ramps. 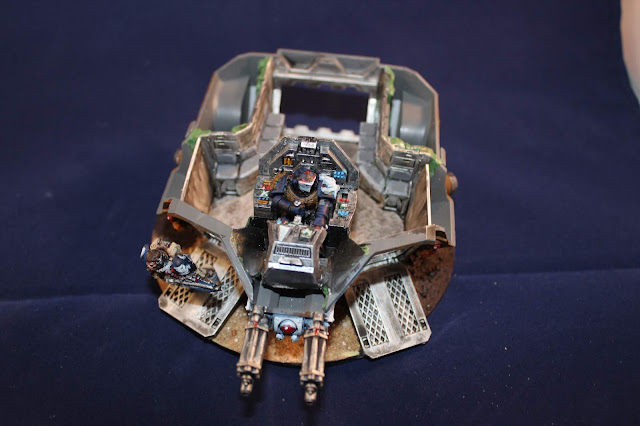 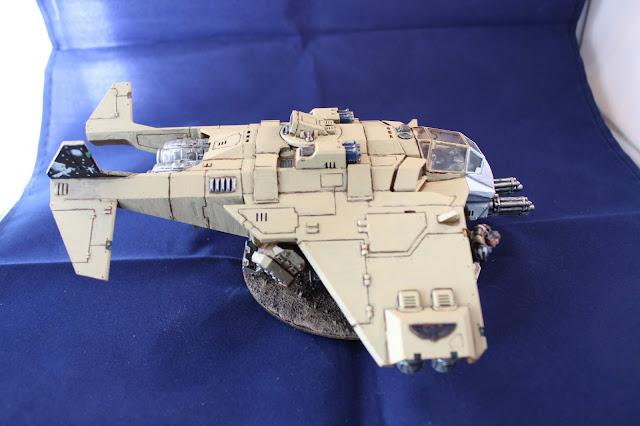 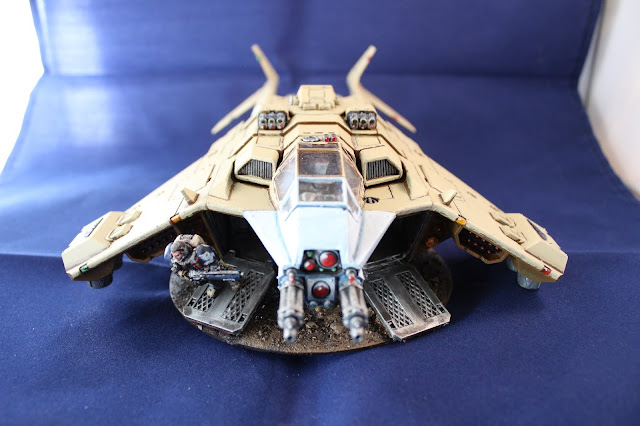 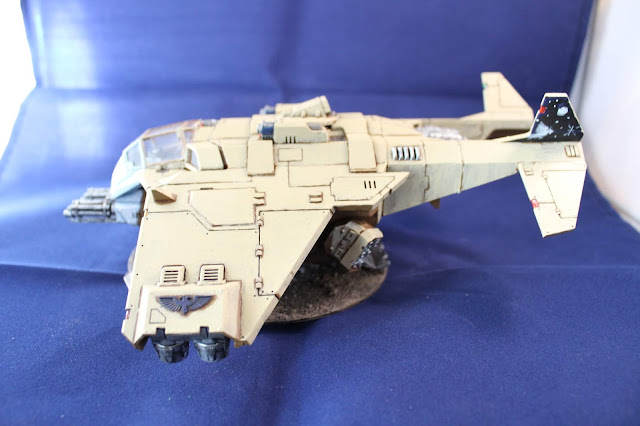 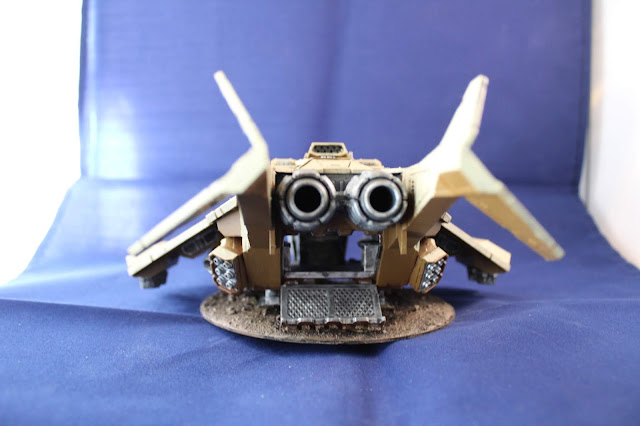 I have also finished building the first of my Landspeeder Tsunami, this is a dedicated tank or large creature hunter with it's twin linked heavy weapon, this one being armed with lascannons, would like to do some with other weapons and like the Tempest is a single man ship. 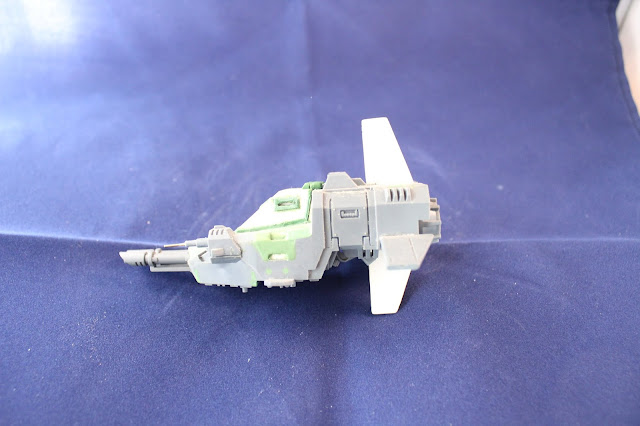 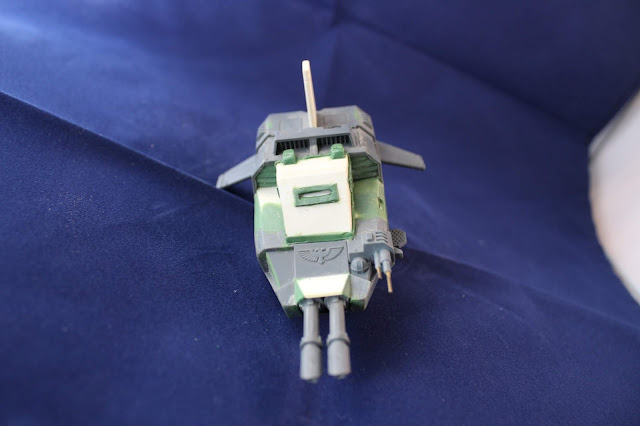 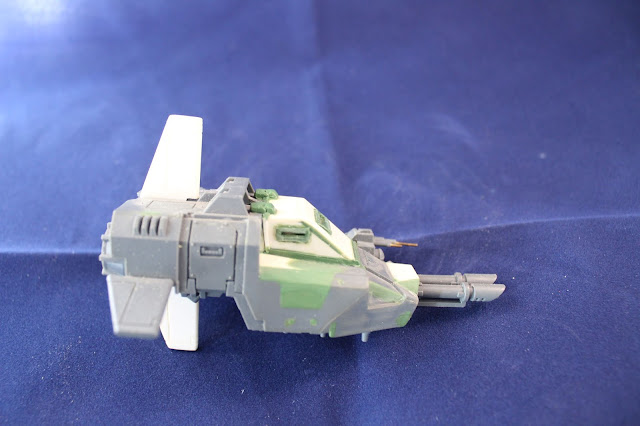 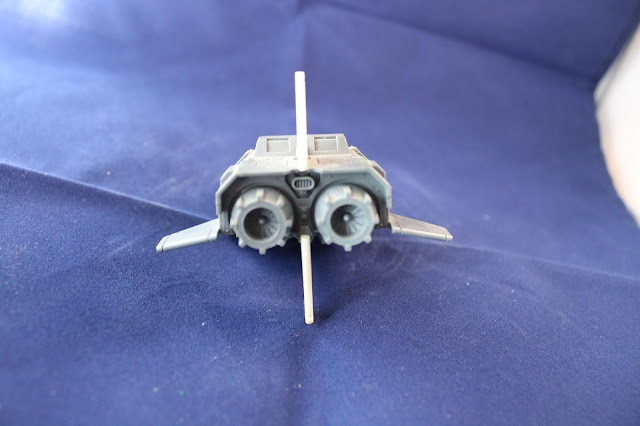 Lastly today I have finished my first assault Dreadnought complete with custom panel work and scratch built jump pack, going back to the days of Rogue Trader with this one. While painting I was searching the normal places for a name ( latin for birds or areas of the moon) but decided to name him after Bryan, as a fallen hero being entombed into a dreadnought to continue on seemed fitting. 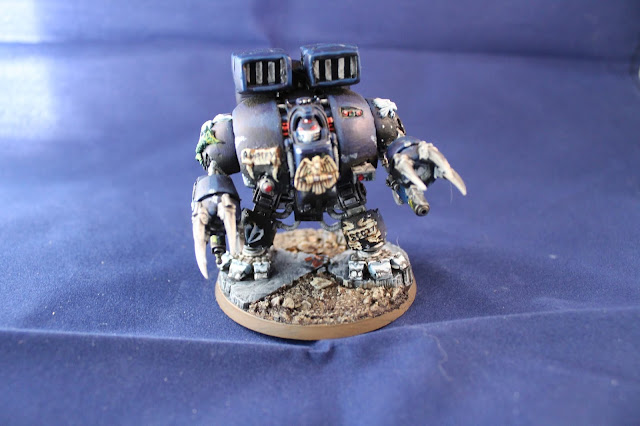 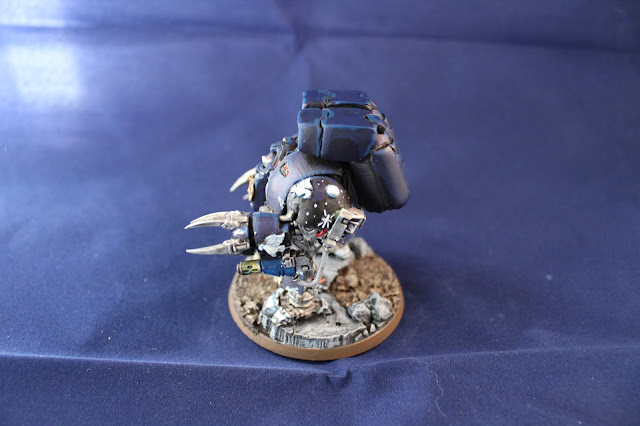 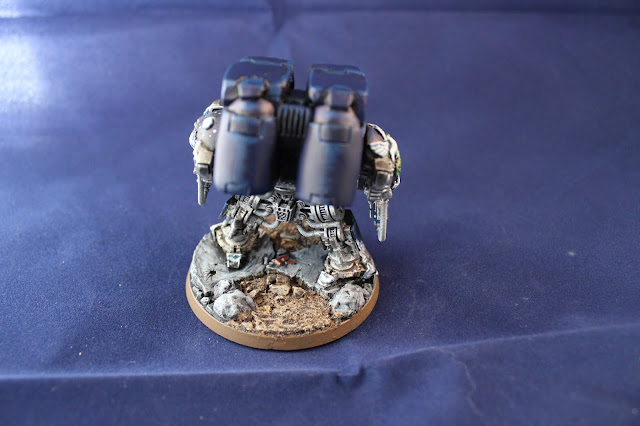 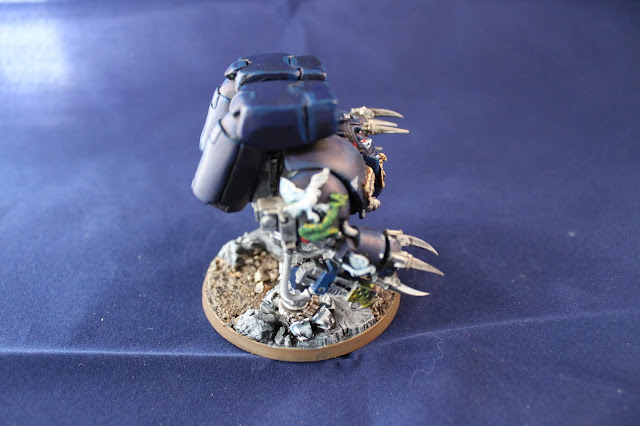 That's all for today, so until next time stay safe and have fun !
Cheers Dave
Posted by Dave Stone at 05:51