As I slowly start unpacking boxes I noticed a lot of grey plastic staring back at me from abandoned projects, where my focus had been solely on my Star Wars project. So this year I've decided to get some paint on these old projects, the first to get a slap of paint were the Chaos cultists from GW's 40K box set from a few years back, the box set contained a set armed with autoguns, but had two of each model, so when I got them I did some head swaps to add variation. 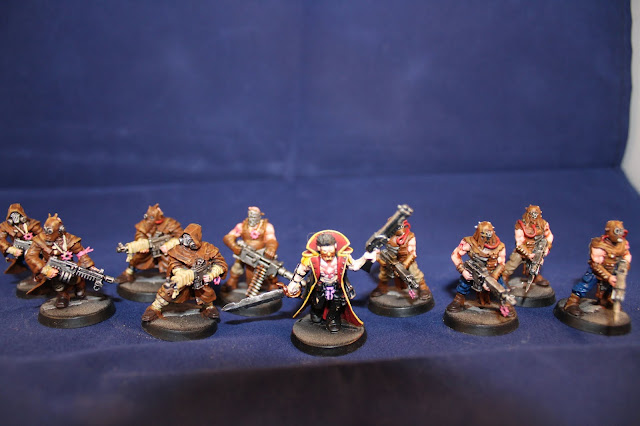 I've kept  the palette muted even though they're for Slaanesh as I thought of them as a turned work force disgruntled with the Imperiums regime. The leader seemed to be wearing a looted Commisar jacket so painted it accordingly. 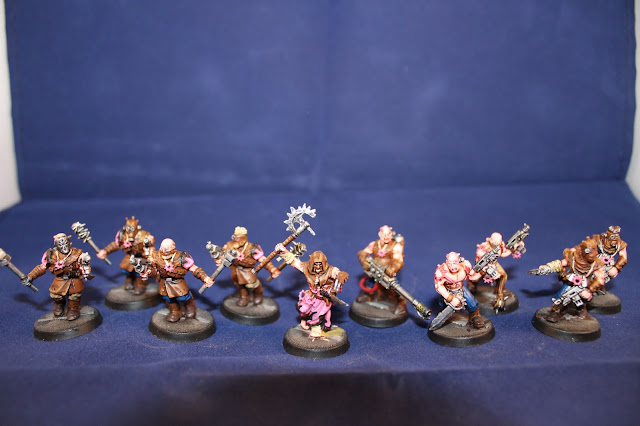 The box set also had close combat cultists as well, I gave the unit leader more colour to fit his rank. 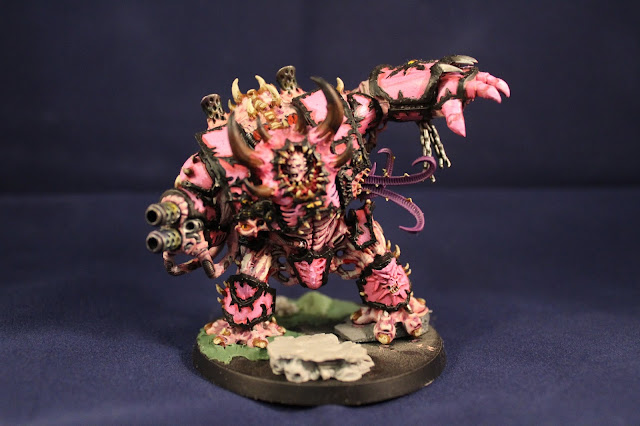 Next to hit the paint desk was the Hellbrute, personally I prefer the old style dreadnought and especially the Forgeworld ones, made by Will Hayes and Simon Egan. So I've decided I'll use this as a Dreadnought that has been demonically possessed, the base will get done atthe same time as the rest of the force.
No idea what will be next, will have to see where the muse takes me, so until next time have fun !
Cheers Dave
Posted by Dave Stone at 09:39