BEGUN THE CLONE WAR HAS

Some of you may remember a little over 11 months ago, I started work on some Clone wars era figures, and managed to finish the two characters that came in the box, a squad of B1 battle droids and the droidekas, then after Christmas I got Dooku, and Bane finished and haven't really shown anything since. It hasn't that I haven't been working on them, just slowly working away, trying to get them finished inbetween other projects. Well I can now say, I have completed all the models I have for that era that I currently own in the last two weeks. 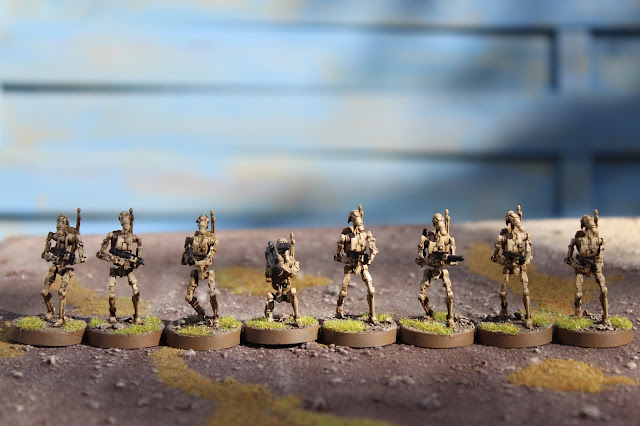 First up is the second unit of B1 battle droids, the only difference with this unit compared to the first, is I swapped the arms around to get some pose variation from the first unit. 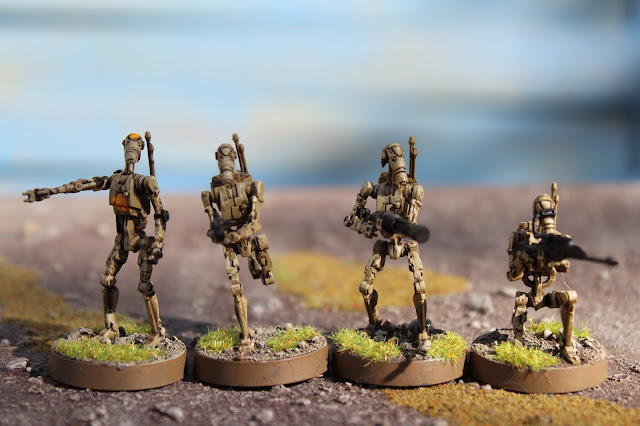 Next is the B1 battle droid expansion which adds in some new weapons to what was already available. 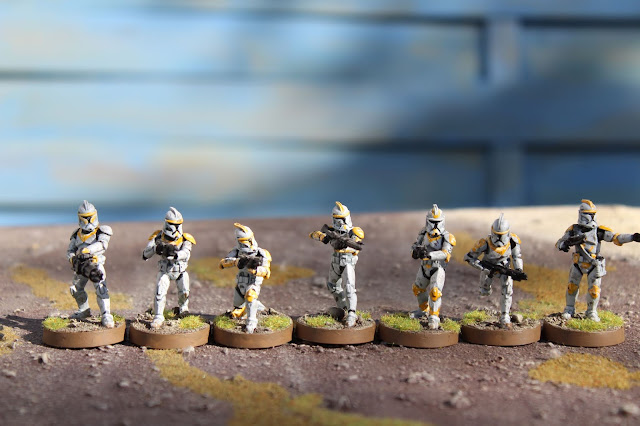 My first unit of  MK 1 clone armour was done in the colours of the 212 th Legion, as the character that came with them was Obi Wan Kenobi. 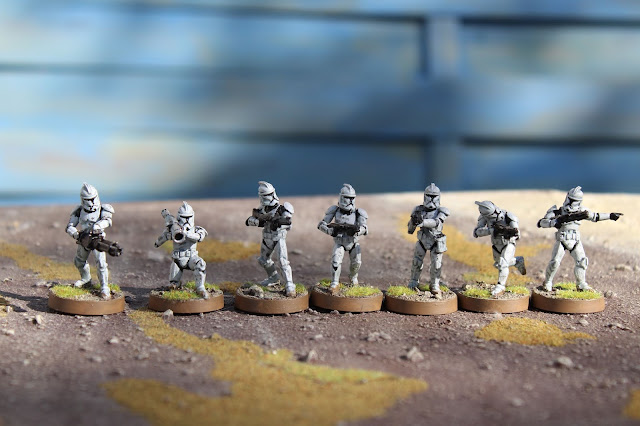 The second unit I did as a group of Shineys, if your not familiar with this tern, it's what the troopers of each legion call the new clones when they arrive from Kamino, as their armour is shiney and new. The reason I did this is so they can bolster any legion I choose to field without looking out of place. 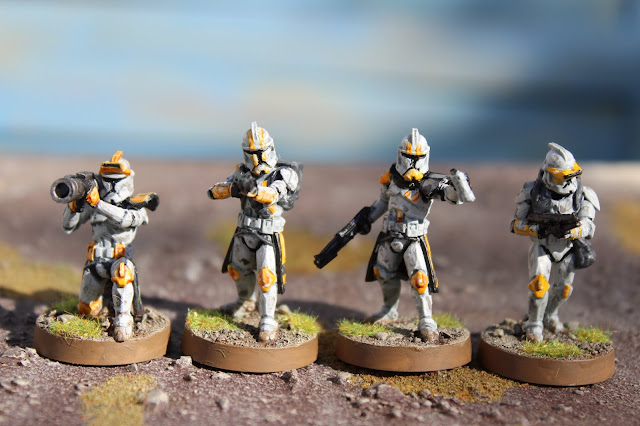 Next is the MK 1 armour expansion pack adding in some more weapons and character, I've gone for the 212 th legion colours again on these. 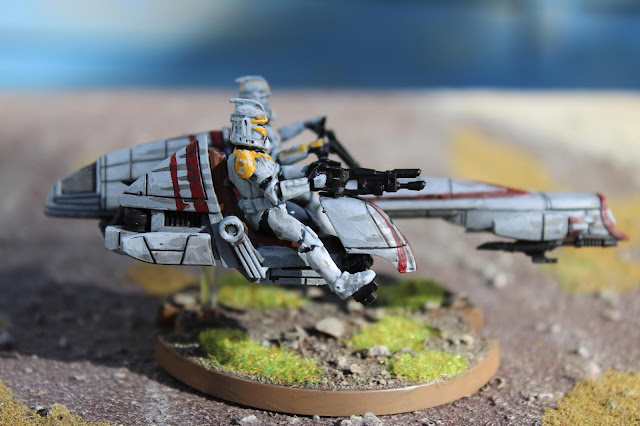 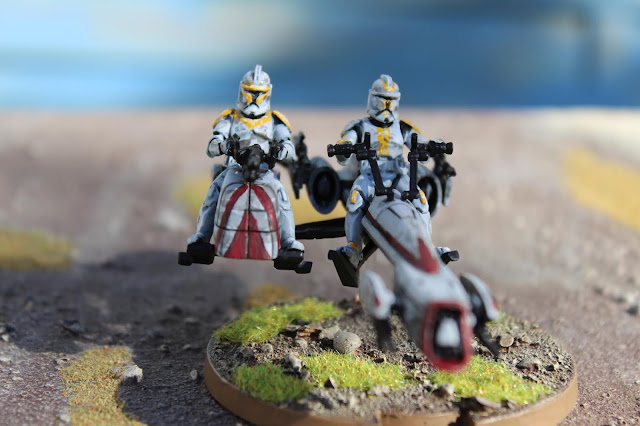 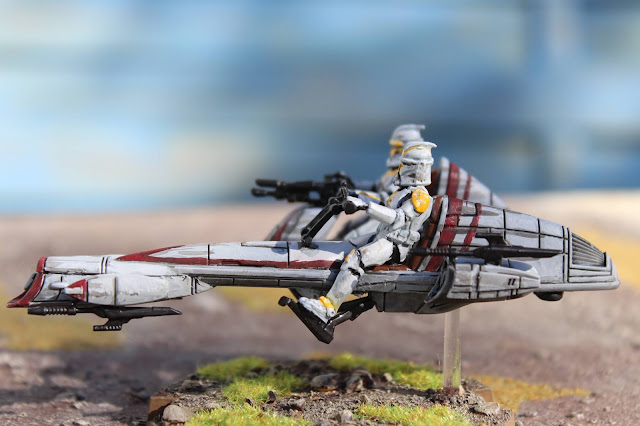 Next is the Barc speeder that came in the core box, again I've gone with the 212 th legion colours 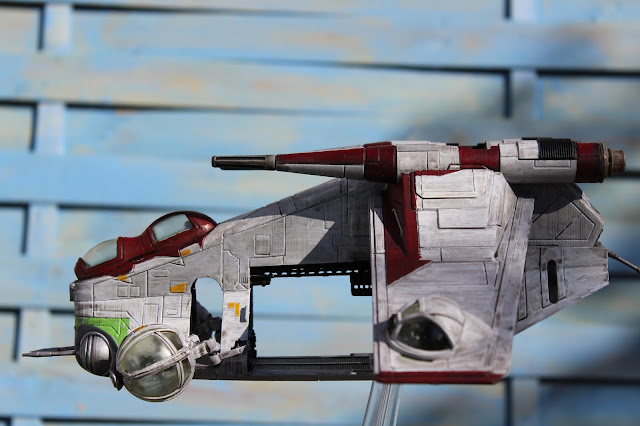 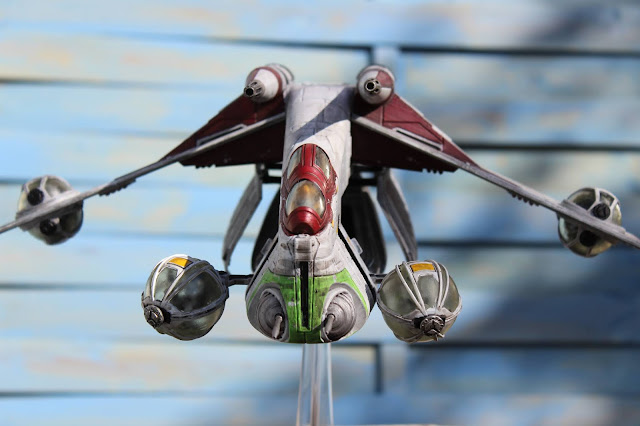 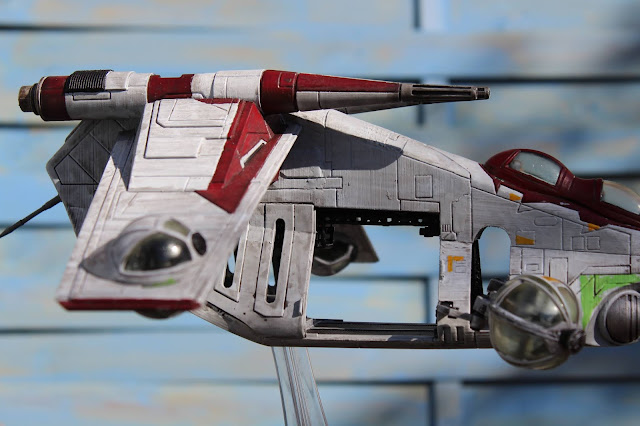 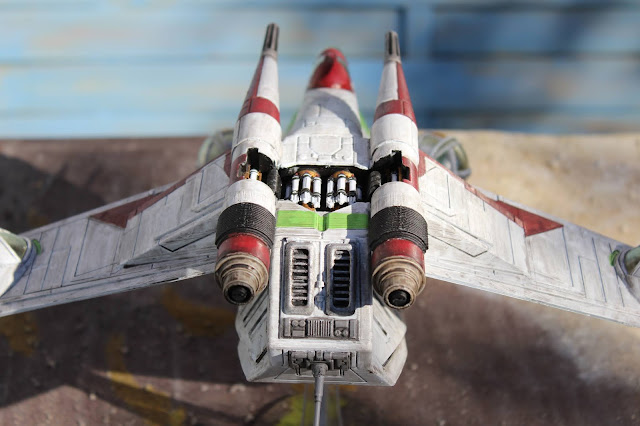 Last today was a gift my wife got me earlier this year the LAAT gunship, first seen in episode 2 The Attack of the Clones. Ever since I first saw them I wanted a model of one, but the couple that did get released were really small, now wanting to game in this era, I really wanted one, and eventually found a 3D print, I've gone with the colour scheme from the film, and makes for a great addition.

Hopefully I can add some more soon, and would really like to find some separatist gunships, to balance the forces.