AN END IN SIGHT

While I had the toxic colours out I managed to finish off the last 3 Grotesques I needed for the unit of 10, I'd already done the conversions a while back, so just needed some paint on them, I had run out of blades from the Plastic Talos kit, so had to make 3 from scratch. 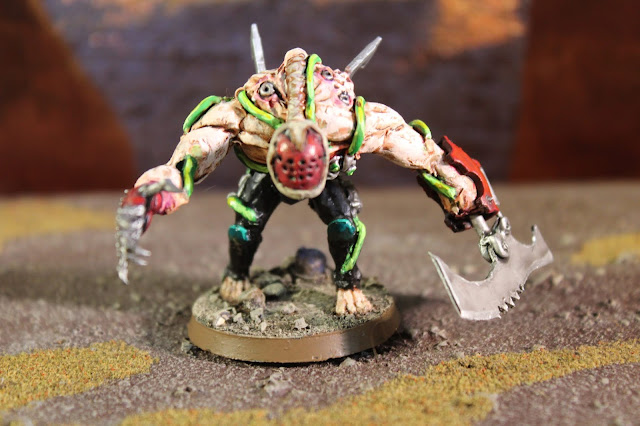 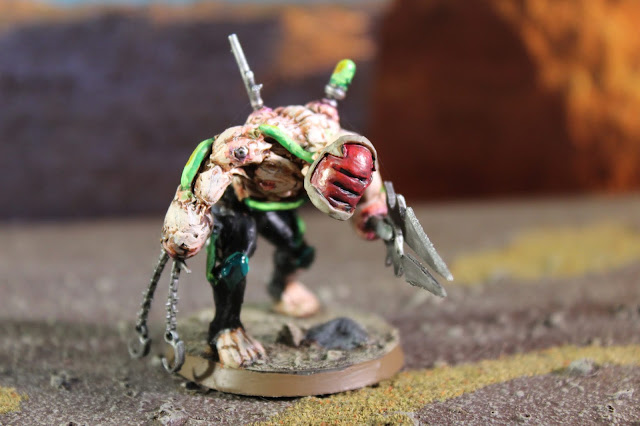 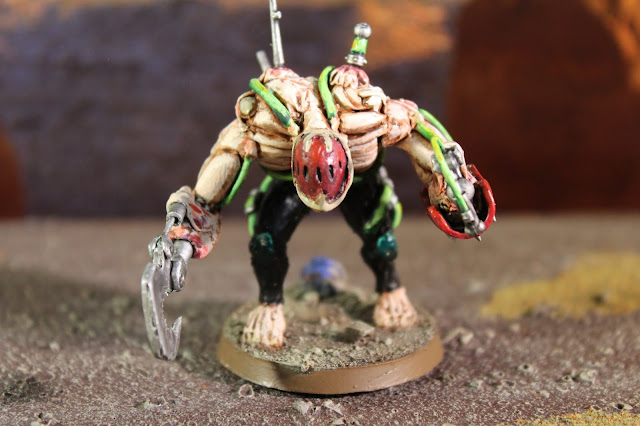 With these completed I realised that other than painting some of the bases I only had 3 models left to paint to finish my court of pain, this involved 3 original metal Talos, now one just needed the blades and weapons repainted in my silver recipe to tie in with the rest of this army. this is the most standard of the 3, and only has the addition of the back blades and the angling of the top blades. 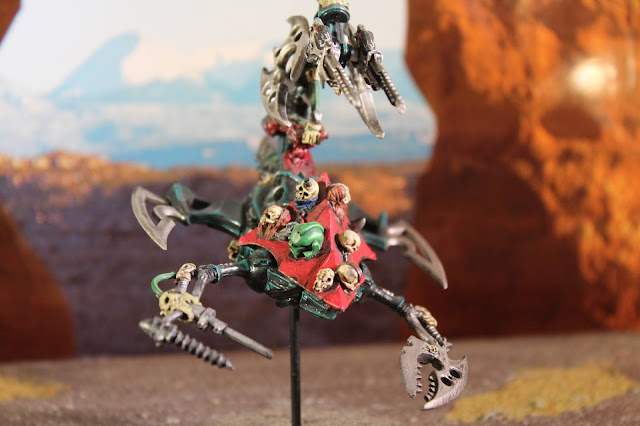 The next one had a different set of blades added and the top blades blended into the structure, I also put two claws as front weapons and then leaned off all the trophies from the front carapace, and put a full skeleton as a trophy instead. 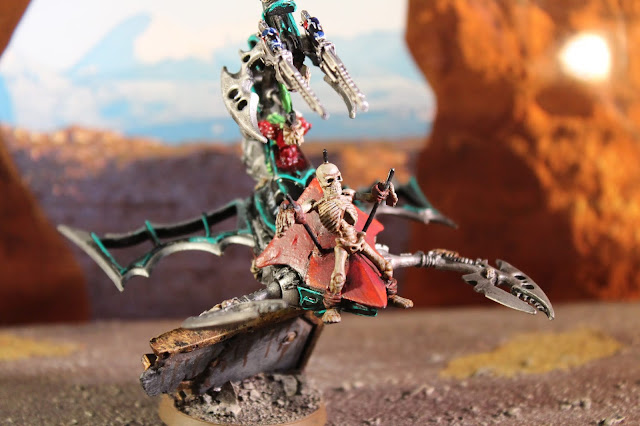 The last Talos didn't come with a front carapace, as it was gifted to me, and they'd used that part, or lost it. So this one was built with plasticard, and I painted the court of pain symbol on the front instead of putting trophies on it. The claw started off as a top blade, which I modified to look like it could open and close. 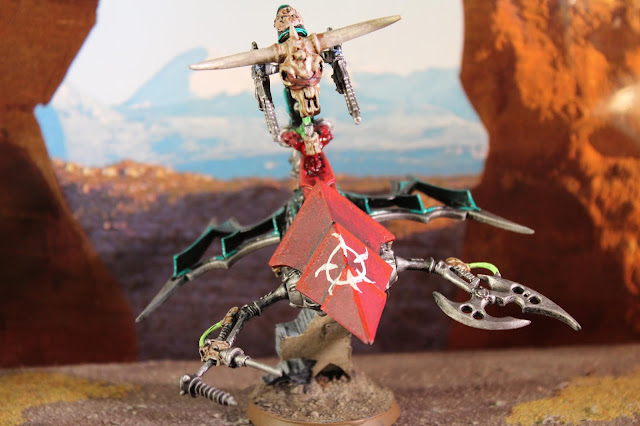 This last piece has  a story behind it, when the metal cauldron of blood came out, I picked one up, I used the witches from it as Dark Eldar Wyches and the cauldron on one of my raiders. This left some wheels that went into bits boxes and the statue of Khaine, as a joke I said to my friend who was an Eldar player, perhaps I should turn it into a Dark Avatar, you can imagine he wasn't enthralled by the idea. I played with the bits over the years to change it's stature from a static statue to a moving piece, I also changed the bleeding heart into a guard trooper being crushed, and gave him a spear from the wood elf Orion model. For the painting I've gone with a Khornate colour scheme, which was another in joke. 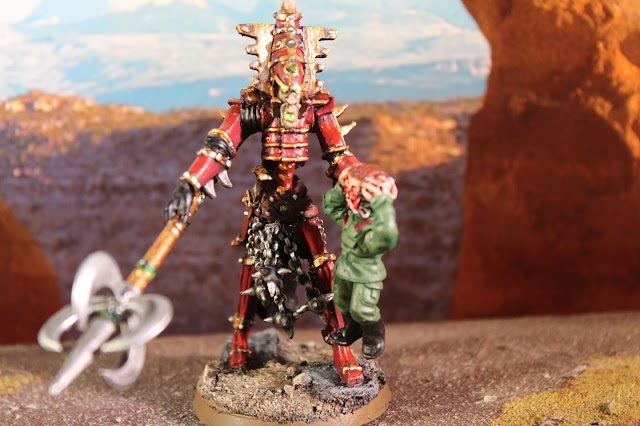 Gaming wise I could use it as a Talos proxie, or maybe one of my opponets would let me use it as an Avatar ! LOL Don't think that will ever happen. That's all for this post, so until next time stay safe and have fun !