TWO FLEETS TO THE WIND

Continuing on with finishing my fleets I've got two major parts done for two of my fleets and will all count towards my entry for Ann's Neglected Models Challenge. First up is my Night Hawks. 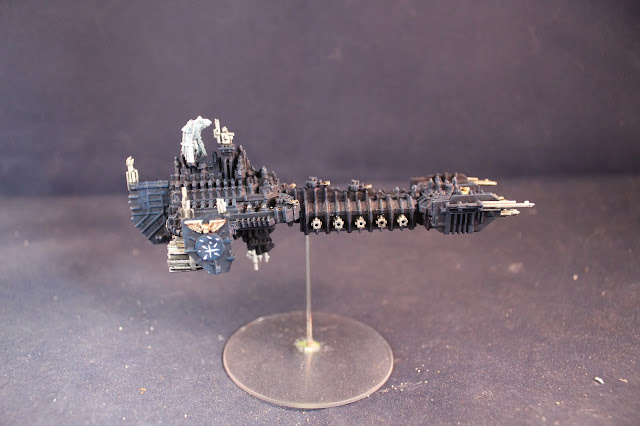 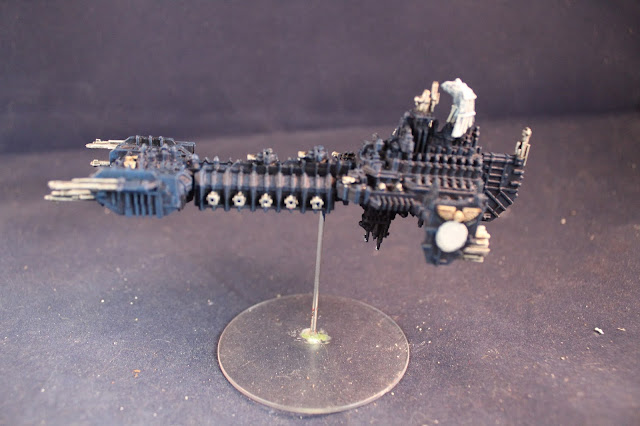 This first model is the Space Marine Battlebarge, my fleet only has one, as in the background two were lost to the warp on they're maiden voyage ( a full strength fleet has 3 Barges). The only addition I added to this model was the hawk at the back, which came from one of the Imperial vessels. 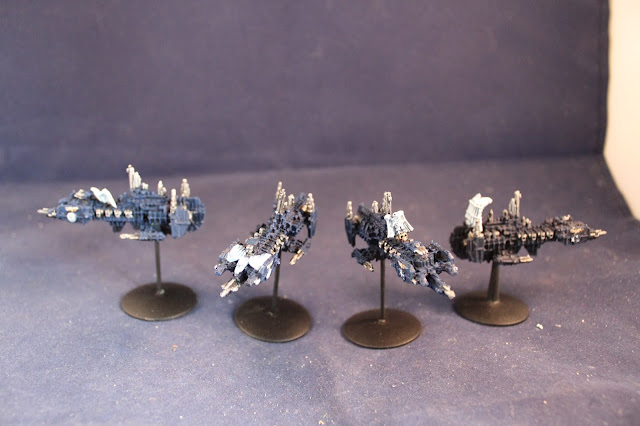 Next is the four Strike Cruisers ( normally 6 in a fleet, but two lost to the warp) each model had a hawk added coming from multiple sources including one scratchbuilt. 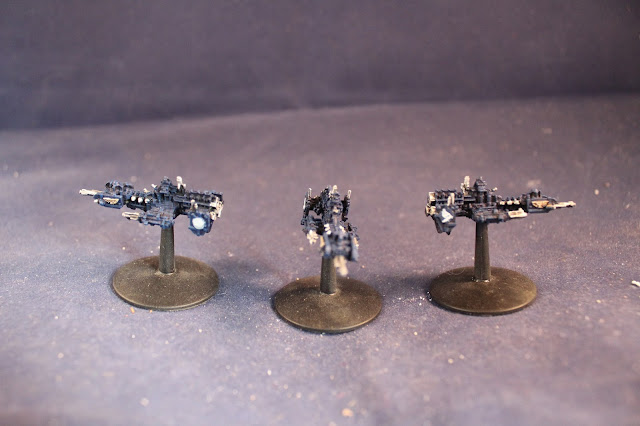 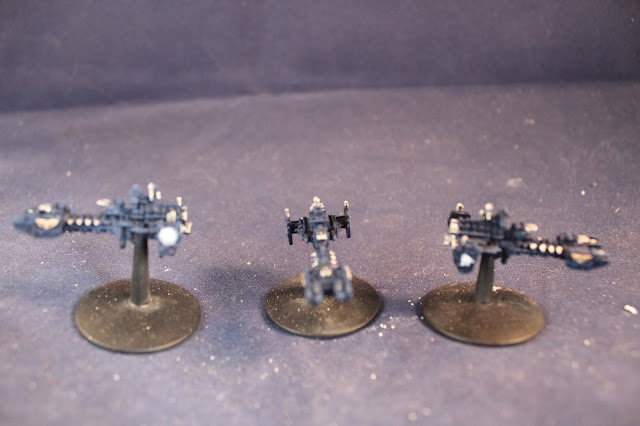 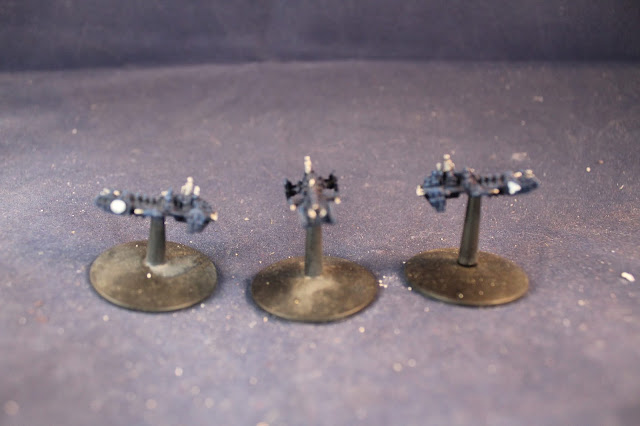 The above are the three classes of escort ship that Forgeworld produced to use instead of the Imperial escorts, fleets don't have set numbers of these, but I only got round to picking up one set of each, so these will have to do. 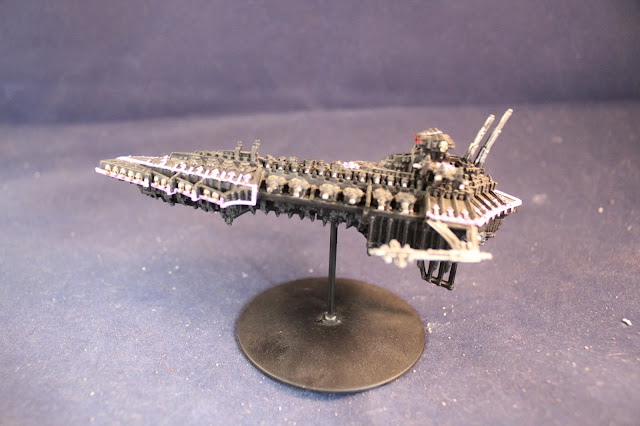 Next I have the Desolator class Battleship for my Emperors Children fleet, this is a completely standard model, which I've done in my normal pink and black colour scheme. 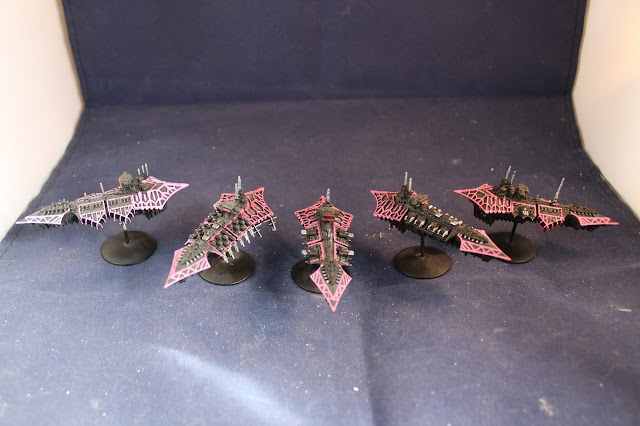 Above are the 5 different heavy cruisers that I made out of the plastic kits, a couple have small conversions to make them look more like the artwork in the rulebook. 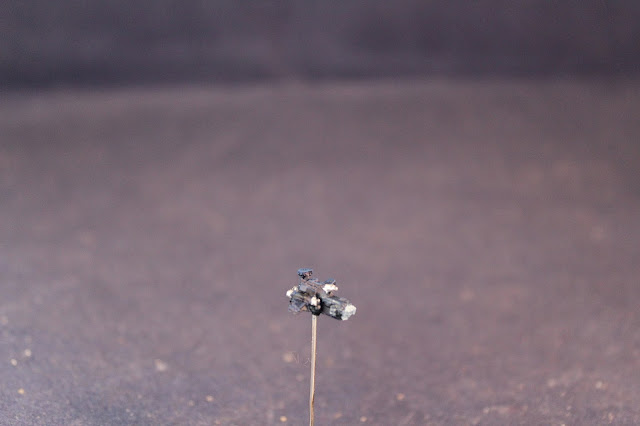 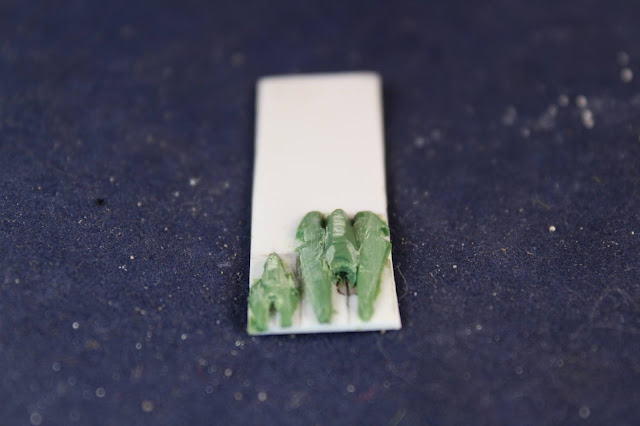 I have started work on some Fighters and bombers for both fleets, I'm using the Forgeworld Thunderhawk Gunships, of which I have about 20 of, but may make some smaller fighters based off of one of the other flyers they can use.

The Chaos fighter and bomber are based off the 40K versions Forgeworld released, got the basics done but need to add some more detail. 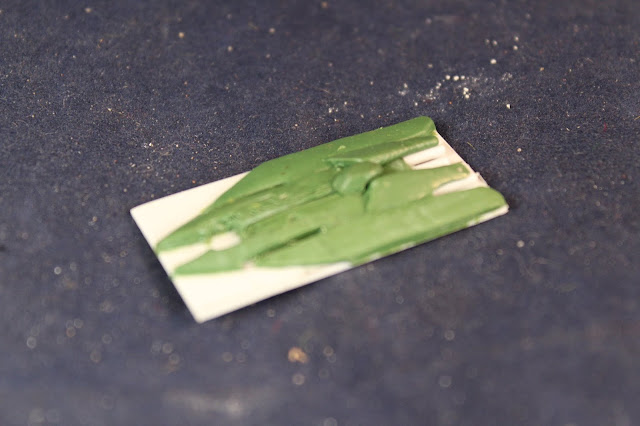 I was never a fan of the Chaos escort ships they released so I'm going to build some based off the Harbinger that Forgeworld released for Aeronauticus as I like the shape a lot more and fits with the fighters and bombers.